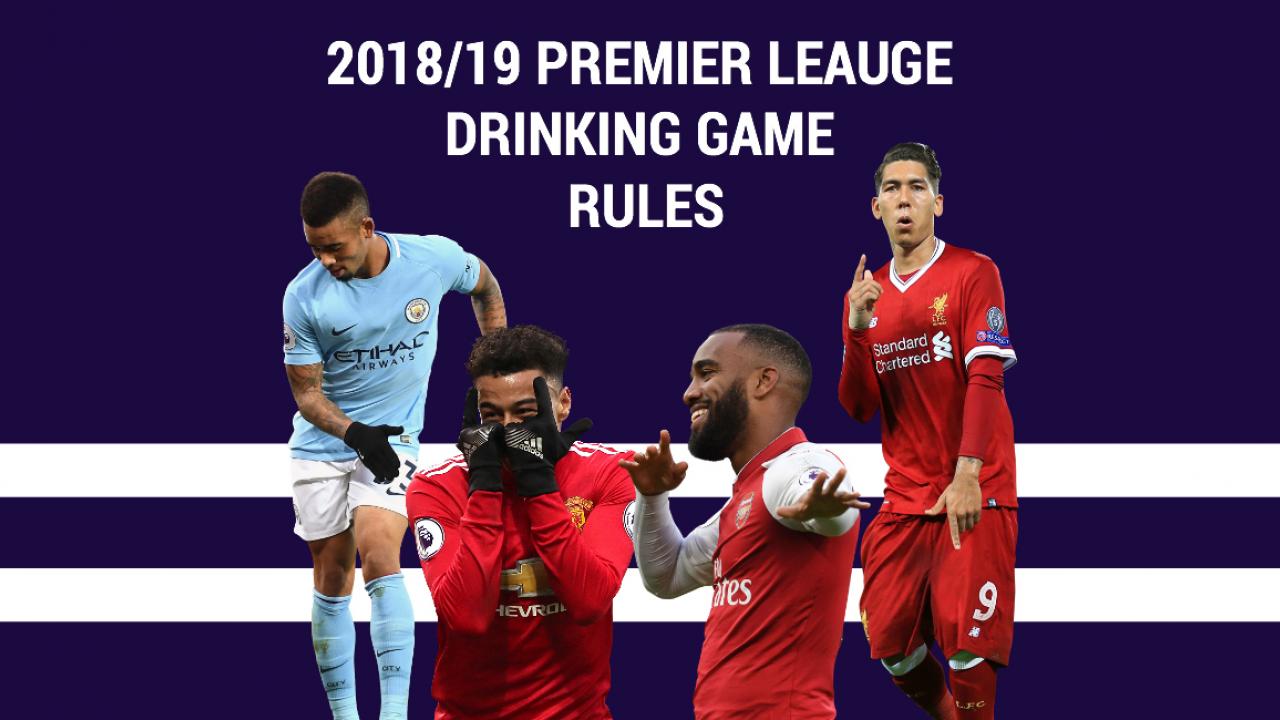 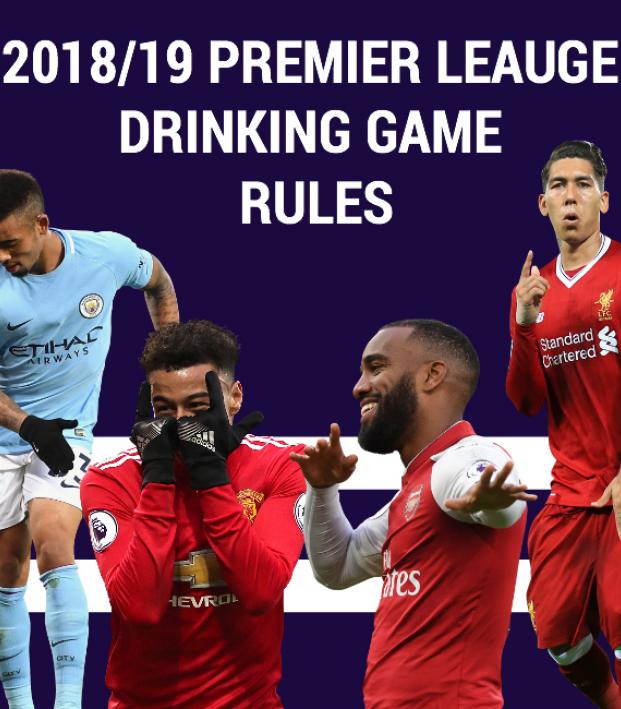 I introduce the 2018-19 Premier League Drinking game! Every now and again, when you want to spice up your Premier League viewing experience, you can play this absolutely lit drinking game. You can also play it every weekend or even for every game, there is no judgement here. Heck,  you can even use it for LaLiga, Serie A or even your kid’s U-7 soccer match.

Here's the deal. If you’re in the United States, you’re waking up pretty early for the Premier League. If you’re in the U.K. matches are at a much more acceptable time to crack open a cerveza. But I know plenty of folks who hit pubs in the early morning to watch their beloved Premier League clubs. So - take this gem with you or just play it on your couch alone or with your friends. Maybe even make some mimosas or bloody mary's. Or even some World Cup cocktails if you're really looking to get after it and you miss this summer's action!

Here’s the breakdown of the rules:

Pick a team. This drinking game works for any match you are watching.

We also added some team specials, so every single game, no matter who you are watching, has a fun little wild card to get you extra saucey.

Bournemouth: When you hear the word "Cherries"

Brighton: Just take a sip if you're watching Brighton. You've earned it.

Burnley: Any shot of Sean Dyche

Cardiff City: Any mention of Wales

Everton: Jordan Pickford losing his mind at his backline

Fulham: Any reference to Americans who played there

Huddersfield: Mention of David Wagner being American or his Jurgen Klopp connection

Liverpool: When you hear the Mo Salah Runnin' Down The Wing song

Southampton: Any mention of Liverpool during one of their matches

Watford: When you hear an Elton John reference

West Ham: When the commentators mention the old Boleyn Ground

Wolves: Any mention of Jorge Mendes or Portugal

As always folks, drink responsibly and certainly don’t drive after drinking. Feel free to expand or come up with your own rules.