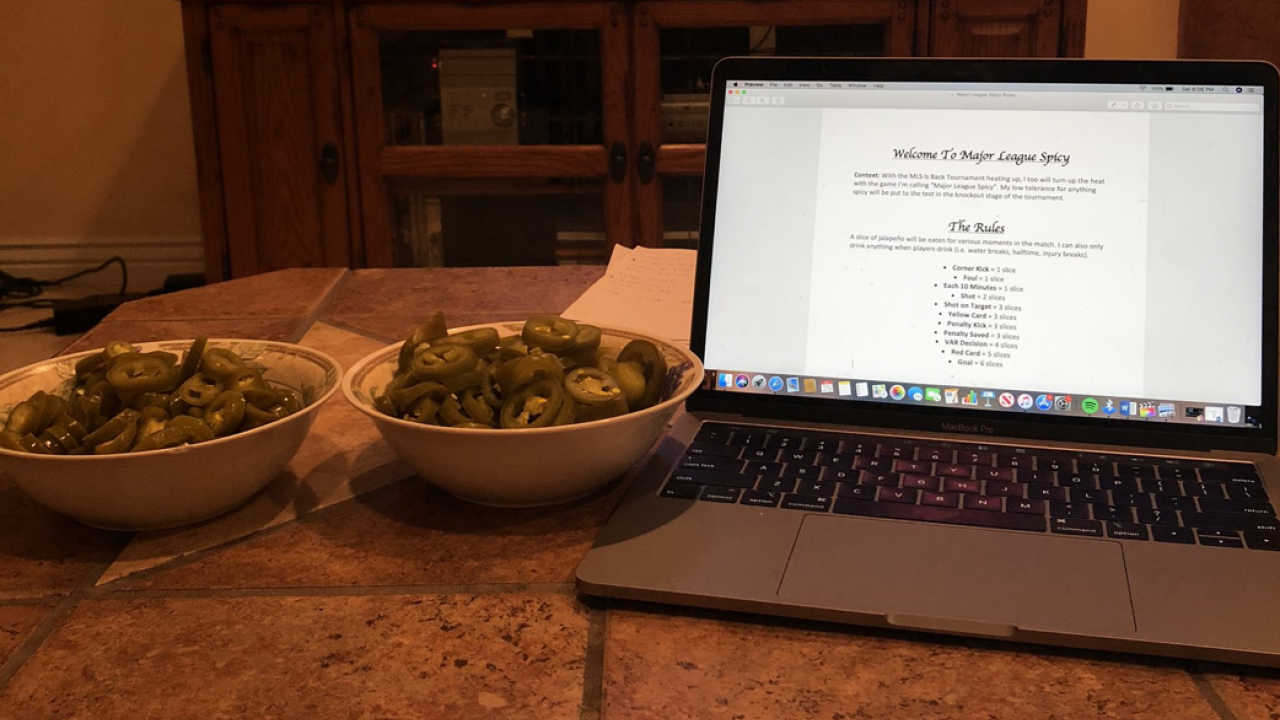 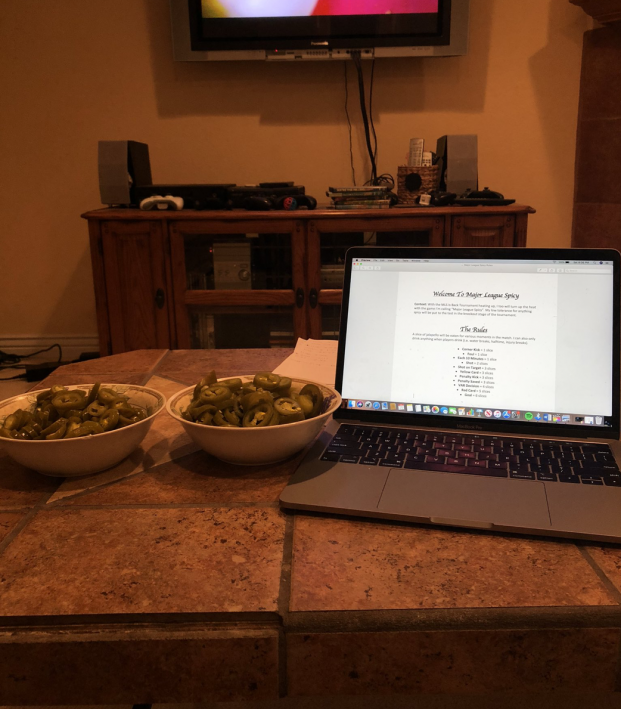 Major League Spicy: Watch As I Torture Myself With Jalapeños

One idiotic night an idea came to me that I now regret in every way, shape and form. The concept was to spice up Major League Soccer coverage with the addition of hot peppers. Little did I know that I would soon enter a hellhole of pain, heart burn and the loss of taste buds.

The Philadelphia Union may have defeated the New England Revolution 1-0, but the real loser was the moron watching with the jalapeños.

With #MLSisBack going into the knockout rounds things are getting spicy. Me and my horrible tolerance for spicy food will be put to the test for @PhilaUnion vs. @NERevolution. A recap of the game and my reactions will be posted on @the18com. pic.twitter.com/LA4eDKZ0KN

Being completely honest, I came into this challenge full of optimism and hope. I guessed that I would have to eat around 40 slices of jalapeños and call it good. Oh, how naïve and wrong I was. Even after I had to eat my first slice of jalapeño I still had the dogmatic mindset that the little peppers couldn’t hurt me.

5 minutes in first shot of the game. pic.twitter.com/9GIEXbptQa

The one saving grace for my stomach was that Philadelphia and New England put on an absolute snooze-fest. The two sides scored a combined six goals in the group stage and didn’t have any intention of changing their low-scoring ways. There were minimal chances to be had in the first half and the only real scare I encountered was a Union goal being called back for offside.

Lol at @JonChampionJC and @TaylorTwellman talking about how “slow and boring” this game has been. This game has been absolute hell. Nearly had a heart attack when Philadelphia scored. pic.twitter.com/cIp8yddHyo

For the neutral viewer – or any viewer really – the second half dragged nearly as much as the previous. There was seldom any big opportunities for either side and the majority of shots were hopeless attempts taken from over 20 yards away. The two clubs’ ballistic shooting from distance only had a negative impact on myself as I was forced to choke down two more slices for each pathetic shot.

Starting to get annoyed. pic.twitter.com/BCTShDQI5z

In the 63rd minute the one thing I dreaded came to fruition: Philadelphia scooped up a cheap New England giveaway and punished their Eastern Conference foe with the match’s only goal. Sergio Santos danced a goal-scoring jig as I screamed at home knowing what the moment meant for my already burning taste buds.

Eating six at once took any spit of wind left out of my sails. The final half hour was a grueling mess. In total I ate around 100 slices of jalapeño. Right when I thought my suffering had ended, Revolution and former USMNT coach Bruce Arena decided I needed to suffer some more. The same man that caused the nation so much pain in Trinidad nearly three years ago had the audacity to get sent off after the final whistle.

I thought I couldn’t be more disappointed in Bruce Arena after the Trinidad loss. But he proved me wrong with a red card after the final whistle. Game over.
Philadelphia 1
New England 0
My Digestive System -1000 pic.twitter.com/yld97HjAGH

The Union moves on to the quarterfinals to play the winner of Sporting KC and the Vancouver Whitecaps. As for me, I will most likely be on the toilet for the foreseeable future.