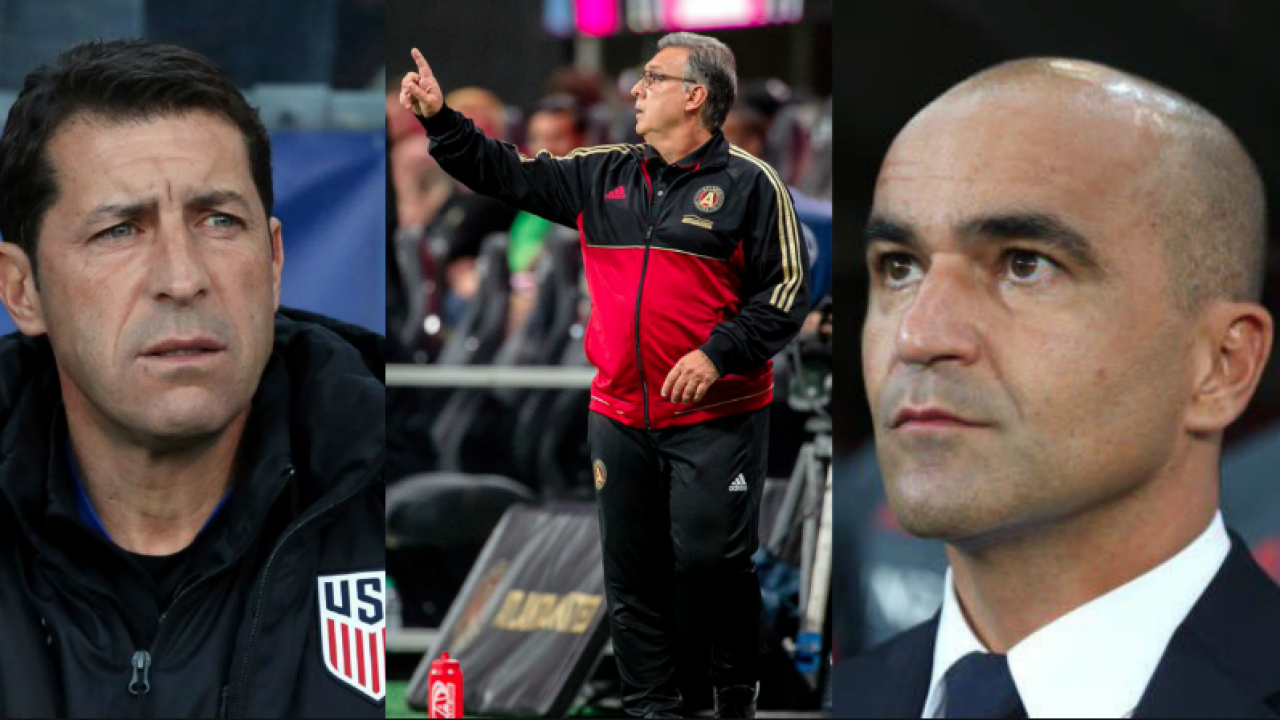 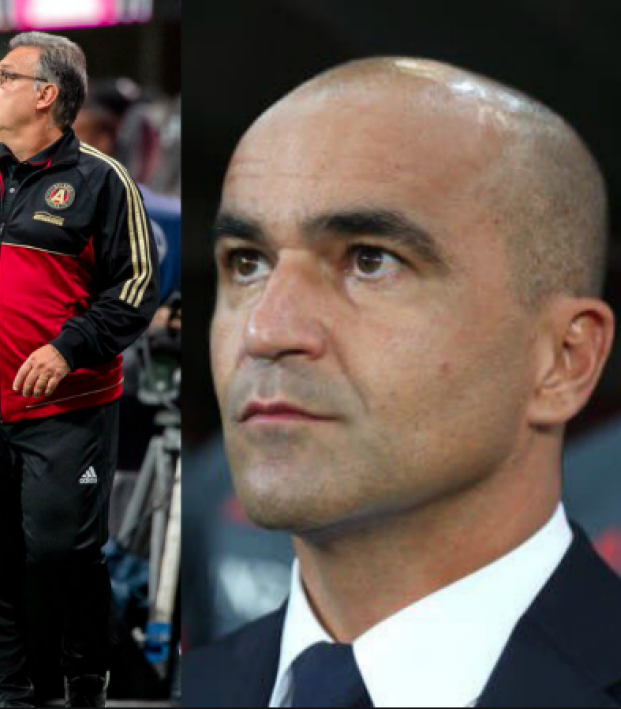 U.S. Soccer Federation announced a conference call for Friday morning with U.S. Soccer president Sunil Gulati addressing the media after the recent World Cup qualifiers. It would surprise no one if Gulati announces Bruce Arena is no longer the coach of the U.S. Men’s National Team — it would probably be a bigger surprise if he didn’t. The question then is, who will be the next USMNT coach?

Arena was brought in to replace Jurgen Klinsmann in November after the German coach lost the first two World Cup qualifiers in the Hex round against Mexico and Costa Rica, the latter by an embarrassing 4-0 score line. Arena wasn’t an exciting pick, but given his experience — he had taken the U.S. to two World Cups already — he was a tolerable choice, one more than expected to get the U.S. to Russia.

Now Gulati, if he sticks around as president, must find a new coach to lead the U.S. through another World Cup cycle. The U.S. won’t play another meaningful match until the 2019 Gold Cup, so there is no rush to pick a successor. The coach is one of the most important decisions that can be made for a national team; you can pick your coach, but you can’t pick your player pool. Attention and care must be paid to the choice to ensure the debacle from Tuesday is a blip on U.S. soccer’s trajectory and not a trend.

Here are seven potential candidates to become the next USMNT coach. 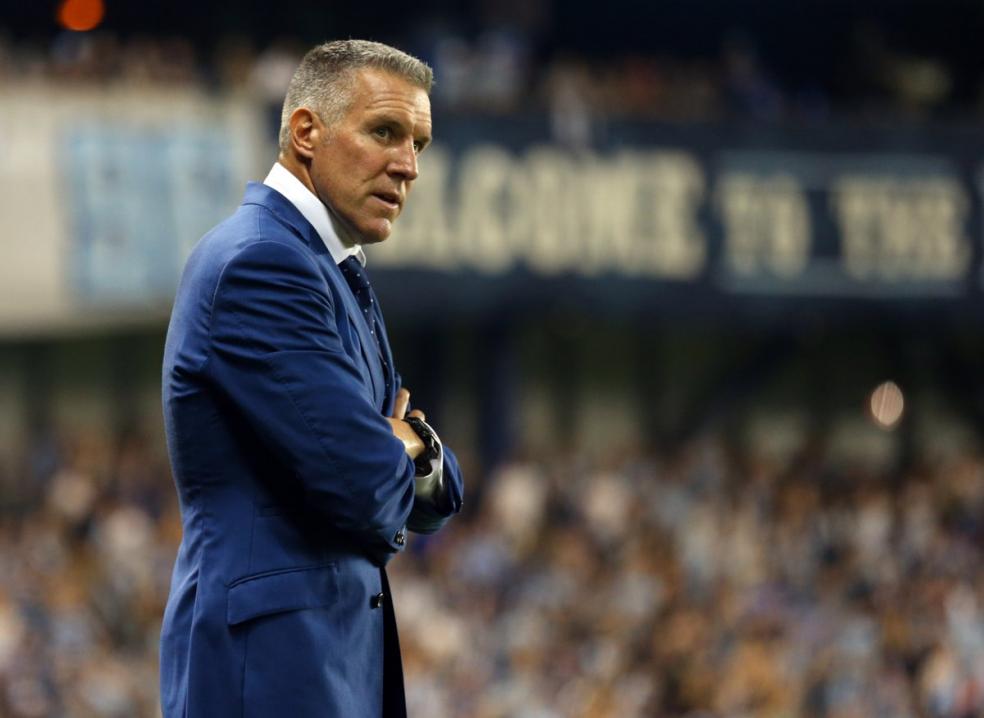 There are many former U.S. players who are now MLS coaches who could take the reins of the USMNT but Peter Vermes may be the best option. Vermes played for the USMNT in a World Cup and has coached in MLS since 2009, becoming one of the top coaches in the league since then.

As a player, Vermes played abroad in Hungary, the Netherlands and Spain before MLS began and he joined the Tampa Bay Rowdies before eventually ending his career with the Kansas City Wizards in 2002. Throughout his career he played a variety of positions from forward to defender, giving him a good knowledge of all areas of the pitch.

Vermes has guided Sporting KC to one MLS Cup and three U.S. Open Cup titles and the team has made the playoffs every season since 2011. That consistency is one of the most attractive features of Vermes, unlike other potential American MLS coaching candidates for the USMNT — Dominic Kinnear, Sigi Schmid, Jason Kreis. Kinnear and Schmid have both been fired in the last couple years. While Kreis has more postseason success, he’s six years younger than Vermes and may get his chance at the USMNT at a later date.

Vermes consistently gets the most out of his players and despite playing in a small market without any big stars, Kansas City is always among the most competitive sides in MLS. That sort of quality would play well with the USMNT, which he’ll be familiar with as a former player. 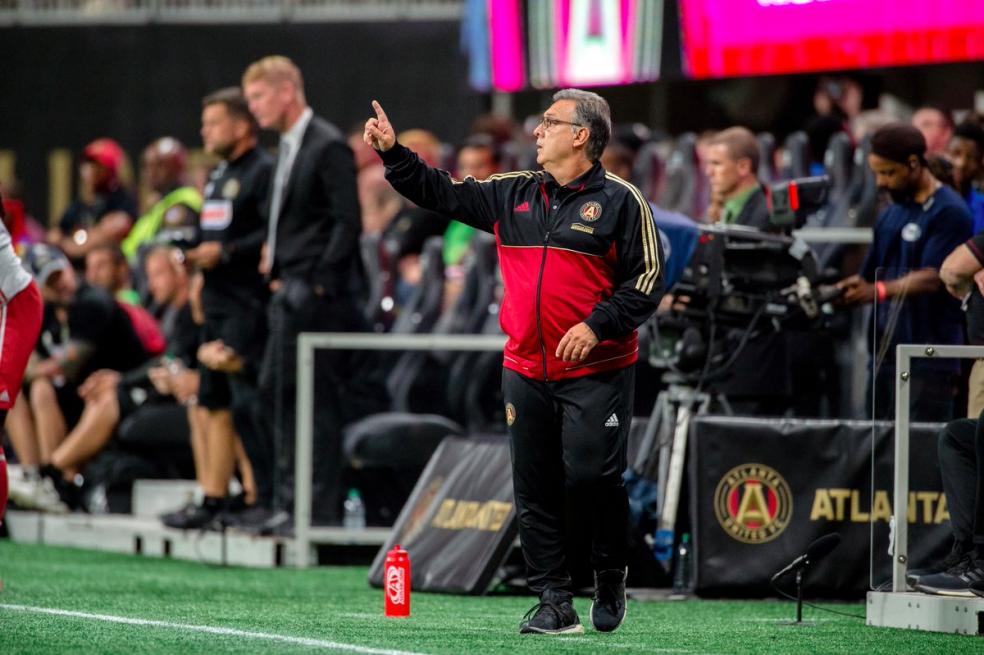 In addition to Americans coaching in MLS, a handful of foreigners are having plenty of success, from France’s Patrick Viera to Wilmer Cabrera and Oscar Pareja from Colombia. Atlanta United’s Gerardo “Tata” Martino stands above them all, mostly because of his immense experience both at the club and national-team level.

Martino has coached at Barcelona and the Argentina and Paraguay national teams, putting him above anyone else on this list in terms of stature. He guided Paraguay to the quarterfinals of the 2010 World Cup and has coached Lionel Messi at both club and national team level, though he never won a major trophy with either.

That Martino is excelling with an MLS expansion team shows his versatility. He became the fourth coach to guide an expansion team to the playoffs and the first since 2009. Part of Atlanta’s success has been due to the work of former USMNT defender Carlos Bocanegra, the team’s technical director. If Martino were named head coach of the U.S., he would do well to take Bocanegra with him.

Martino has coached favorites expected to win everything (Barca, Argentina) and overachieving teams like Paraguay and Newell’s Old Boys and could bring a new perspective to the USMNT. Though poaching him from Atlanta after one season would be a bit harsh for the team’s great fans. 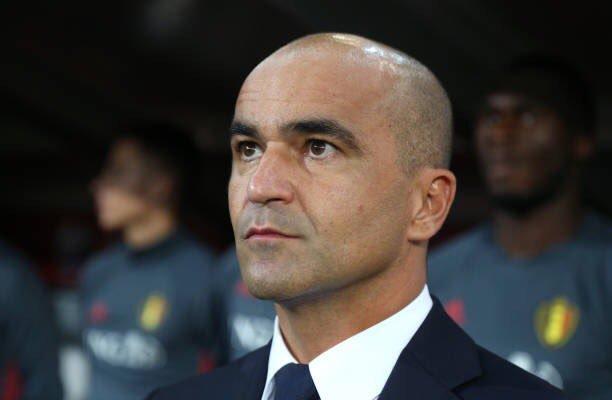 What about coaches abroad? Typically national team coaches do not extend their stay past a World Cup, and a number of great candidates will become available after the 2018 competition. Among those, Roberto Martinez would be an exciting choice.

The former Everton coach now leads a Belgium team loaded with talent and anything less than a World Cup title would probably see him lose his post. Though he’s Spanish, he’s fluent in English after his time in England as a player and a coach and Americans saw the mind he has for the game when he was an analyst for ESPN during the 2010 and 2014 World Cups.

As a manager, Martinez helped Swansea City gain promotion to the English Premier League, won the FA Cup with Wigan and took Everton to the Europa League Round of 16. He guided Belgium to an undefeated qualifying campaign and they were the first European side to clinch qualification for the 2018 World Cup (aside from Russia). No team scored more than Belgium’s 43 goals in UEFA qualifying.

Martinez excelled with clubs that had little talent in England and Belgium is the first team Martinez has coached where he’s expected to win. Unless Belgium implodes in Russia, he would likely be a great coach for the U.S. 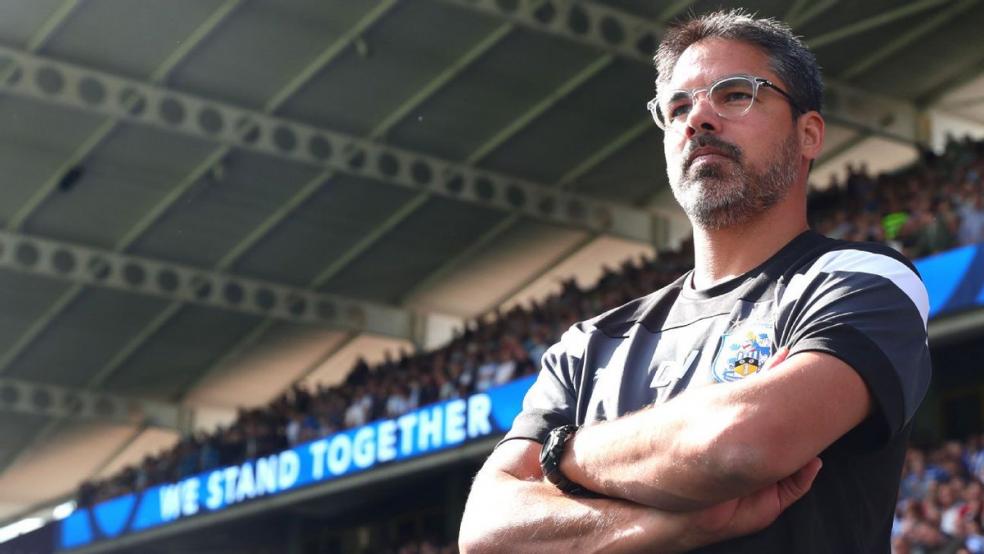 David Wagner is technically the only American manager currently coaching a top-flight European club, having helped Huddersfield Town gain promotion to the English Premier League. We say technically because he was born in Germany and spent his entire playing career in Germany. However, he has dual citizenship and represented the U.S. at the national team level eight times after having represented Germany at the youth level.

Wagner coached Borussia Dortmund II before heading to England. Around the same time Jurgen Klopp left for Liverpool, Wagner was appointed head coach of Huddersfield. He helped the club gain promotion through the playoff last season and is currently 11th in the Premier League with two wins, three draws and two losses.

One of the least-experienced candidates on this list, Wagner would be an intriguing option. However, he has little experience with national team setups, both as a player and coach. But if he keeps excelling with Huddersfield Town, it’s one the U.S. should consider. 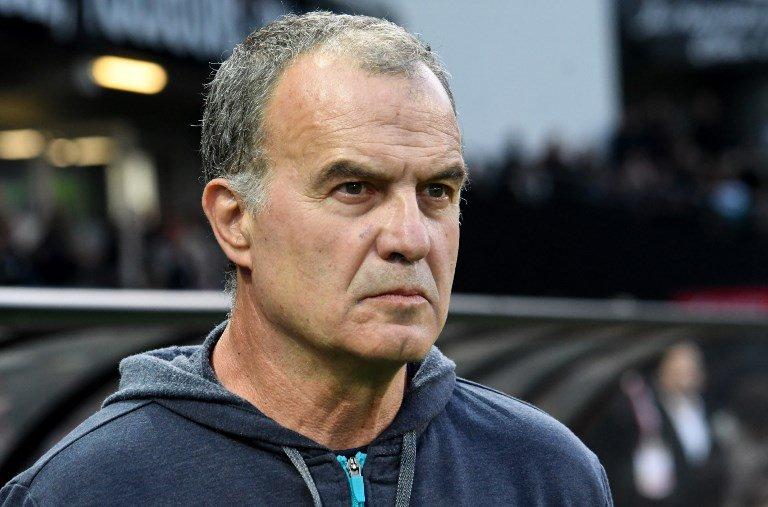 There are a number of great coaches who would probably never consider coaching the U.S., but if you throw enough money at someone, they might listen. Guys like Guus Hiddink, Louis van Gaal, Antonio Conte, Slaven Bilic, Jorge Sampaoli, Jose Pekerman, Oscar Tabarez and Thomas Tuchel would be amazing candidates if they’d consider the U.S., but Marcelo Bielsa might be better than all of those.

Bielsa isn’t necessarily one of the biggest names in soccer coaching but he always wins more than he loses wherever he goes, from the Argentina and Chile national teams to Club America, Marseille and Athletic Bilbao at the club level.

Bielsa would bring a level of intensity and attention to detail the USMNT has lacked under Klinsmann and Arena. His tactical acumen is among the best in the world and he’s proven doesn’t need the best talent to succeed, just players committed to the cause, something the U.S. used to have in droves. 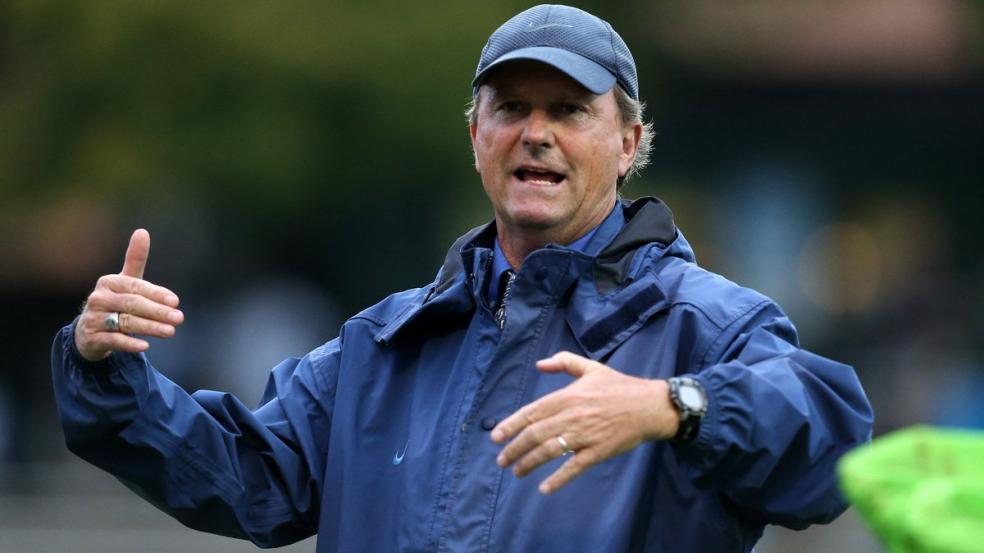 Here’s one out of left field for you. Anson Dorrance is without a doubt the most successful coach in American soccer history, so why not let him run the USMNT? Dorrance has won 21 national championships with North Carolina in 35 years.

Yes, those national titles came with the Lady Tar Heels and many came at a time when there was little parity in the women's game, but 21 titles! He has experience coaching men as well, having coached the UNC men’s team for a dozen years.

One could knock him for not having won a national title since 2012 but it would be fascinating to see what he could accomplish with the USMNT, especially one that needs an injection of something new. 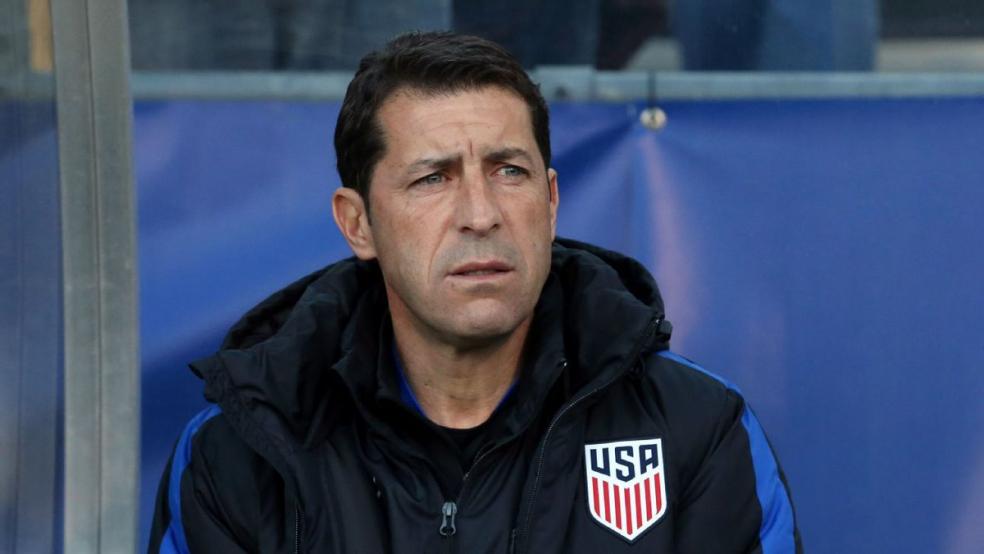 Last but not least on this list is Tab Ramos, probably the man many Americans would love to see the U.S. tab (see what we did there?) as the next USMNT coach. The man who became famous for taking an elbow to the head from Brazil’s Leonardo during the 1994 World Cup made 81 appearances with the USMNT and had a professional career that spanned three decades.

Ramos would be the easiest transition of all these candidates given that he’s currently the U.S. youth technical director and the U-20 coach. He guided the U.S. to a win at the CONCACAF U-20 Championship and a run to the quarterfinals at the U-20 World Cup this year.

While there’s a dearth of talent among Americans between the ages of 23 and 26 (there were just two such players on the 23-man roster for the recent World Cup qualifiers), the talent pool at the youth level is steadily growing under Ramos’ watch and the next USMNT coach will need to identify and nurture these youngsters as it will be this crop that determines whether or not the U.S. makes it to the 2022 World Cup.

Ramos hasn’t yet proven himself as a game-day manager and would be a bit of a risk in that regard, but surrounded by the right staff he could prove to be the perfect longterm fit for the U.S.