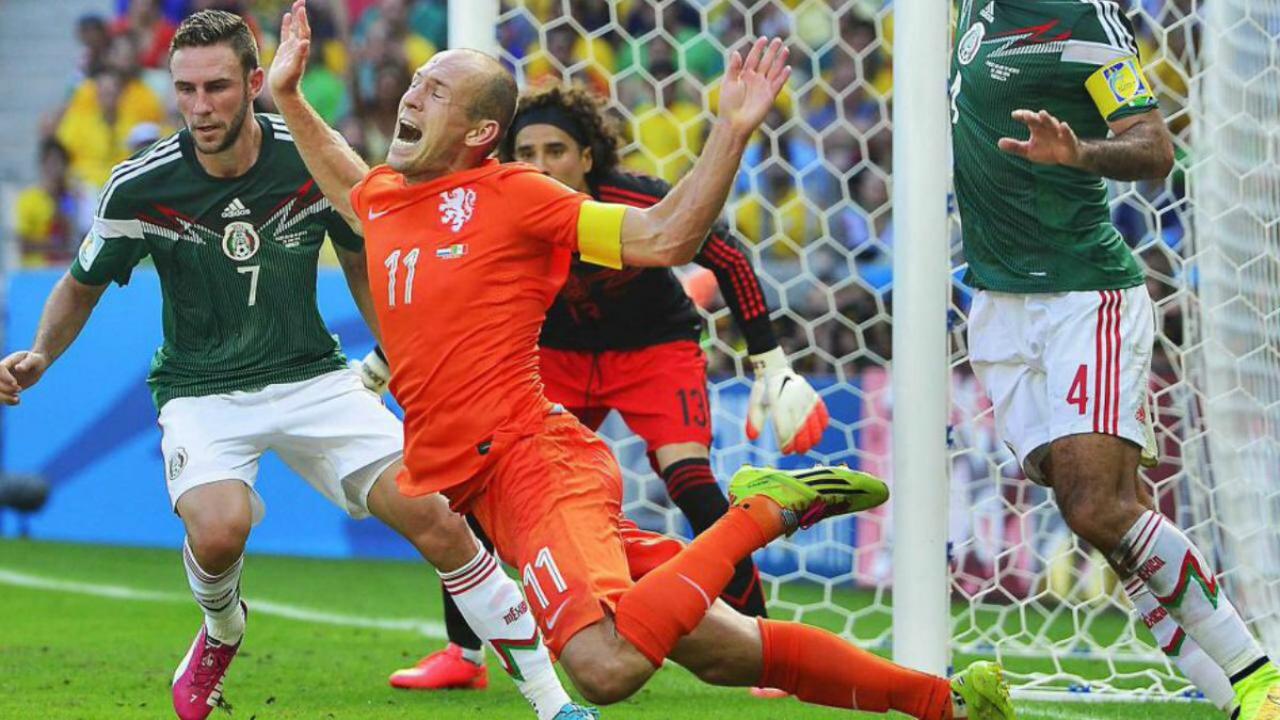 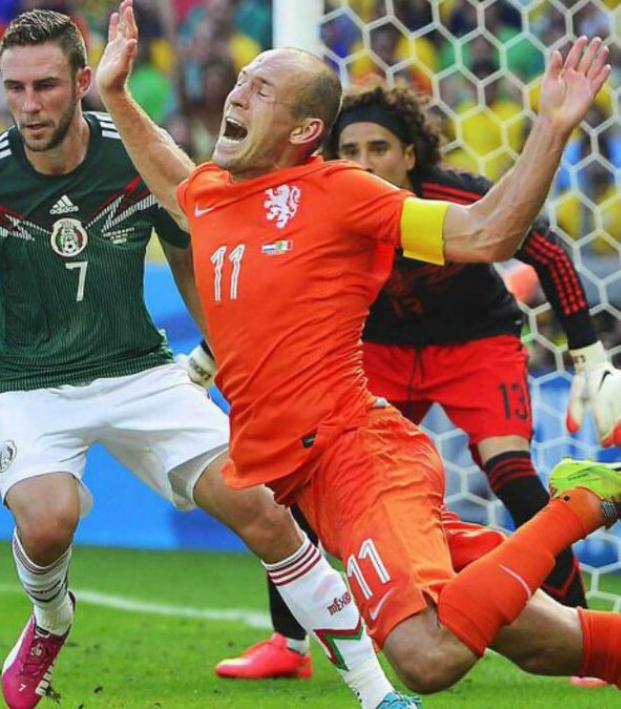 Mexico's Consecutive World Cup Round Of 16 Defeats, Ranked By Misery

There's something tragic about each of Mexico's six-straight World Cup Round of 16 eliminations — being unable to reach the quarterfinals has become a haunting nightmare for El Tri. However, it doesn't detract from the country's long and rich history of playing in the world's greatest competition.

In fact, Mexico is one of the national teams with the most World Cup appearances. El Tri have been present at 15 World Cups, only trailing Argentina (16), Italy and Germany (17), and Brazil (20).

However, Mexico also holds the record for the most World Cup losses of all-time with a total of 25 defeats.

Granted, there have been some glorious moments over all those years — from beating France in 2010 to coming back from 2-0 deficits against both Belgium and the Netherlands in 1998.

But there have also been some very painful defeats and eliminations.

Mexico are eliminated by Holland in 2014. Photo: @PapitoRaul_ | Twitter

So, looking ahead to this summer's World Cup, we countdown Mexico's most devastating Round of 16 eliminations from least hurtful to most.

Mexico's Round of 16 Eliminations, Ranked by Misery

Having drawn 1-1 the opening match against hosts South Africa, Mexico beat France 2-0 and then lost 1-0 to Uruguay in the group stage. The final group stage result proved catastrophic for Mexico as defeat meant finishing runners-up, and a match against Lionel Messi's Argentina in the Round of 16 beckoned.

Although El Tri started the match enthusiastically, it was not long before Carlos Tévez scored the first goal from a clearly offside position to give Argentina the lead. Soon after, a mistake by Ricardo Osorio helped Gonzalo Higuaín double the lead.

In the second half, Tévez scored an unbelievable long-range strike that seemed rather definitive. However, Javier "Chicharito" Hernández would later score to give brief hope of a comeback.

To everyone's surprise, Mexico took the lead against Germany with a Luis "Matador" Hernández goal. Only a few minutes later, Hernández and Omar Arellano had a clear chance to double the lead in a counterattack, but the post denied them.

Sadly for El Tri, the Germans made a comeback and eventually won the game by a score of 2-1 with goals by Jürgen Klinsmann and Oliver Bierhoff.

Very much like the match vs. Germany in 1998, Mexico took an early lead in their 2006 Round of 16 fixture against Argentina. Only five minutes into the first half, Rafa Márquez scored after a brilliant free kick. A few minutes later, Jared Borgetti scored an own goal to level the score.

With regular time ending level, the match had to go into extra time.

In the first half of extra time, Maxi Rodríguez scored a volley for the ages and ended El Tri's hopes of making it to the quarters.

Although a fading memory for many, Mexico's 1994 World Cup elimination was extremely painful. Certainly, it was perhaps the one time when Mexico seemed favored of making it through to the next round.

The game ended level at 1-1 after 90 minutes, and the score didn't change after extra time.

Going into the penalty shootout, Mexico looked confident as they had an efficient goalkeeper in Jorge Campos and some seasoned shooters in Garcia Aspe, Marcelino Bernal and Claudio Suárez. Aspe had actually scored the only goal for Mexico in regular time via a penalty.

However, Aspe then missed the first shot for Mexico in the shootout.

Later, Bernal and Jorge Rodríguez would also fail to score. Not even Campos, who saved the first shot by the Bulgarians, could do anything to stop the defeat. Bulgaria won the penalty shootout by a score of 3-1.

The memory of this sad day still burns in the hearts of Mexican fans. As before, Mexico started well, playing fiercely and with intelligence. In the second half, Giovanni Dos Santos, then of Villarreal, scored a tremendous volley that gave Mexico the lead.

It seemed like Mexico could've pushed on for a second goal, but instead manager Miguel Herrera decided to play off the counterattack. This led to overwhelming attacking pressure by the Dutch.

In the 88th minute, Wesley Snijder scored with a potent strike after a failed clearance. By then it seemed like the inevitable would happen once again, and so it did.

We all know the story, we have all seen the images. Arjen Robben dribbles past Diego Reyes. Rafa Márquez tries to stop him. He stomps near Robben's foot. Robben dives. Penalty. Goal. 2-1. Mexico is eliminated.

Perhaps not as dramatic as other eliminations Mexico has faced, however, what stings the most about the 2002 World Cup elimination is not the specific circumstances of the game but rather the rival Mexico faced. It was the archival: the USMNT led by no less than Landon Donovan.

I can hardly think of a time Mexico had more confidence in making it past the Round of 16. They would face their biggest rivals from CONCACAF, whom they had often beaten in international play.

It was not only a matter of winning a soccer game but rather of national pride.

However, things didn't go well for El Tri that day. In the first half, Brian McBride scored the first goal for the USMNT. It would be Landon Donovan who buried Mexico's hopes with a header in the second half.

Those are Mexico's Round of 16 exits ranked from least to most hurtful. Do you think Mexico has a shot at overcoming the curse in Russia? Or will we be adding to this list?