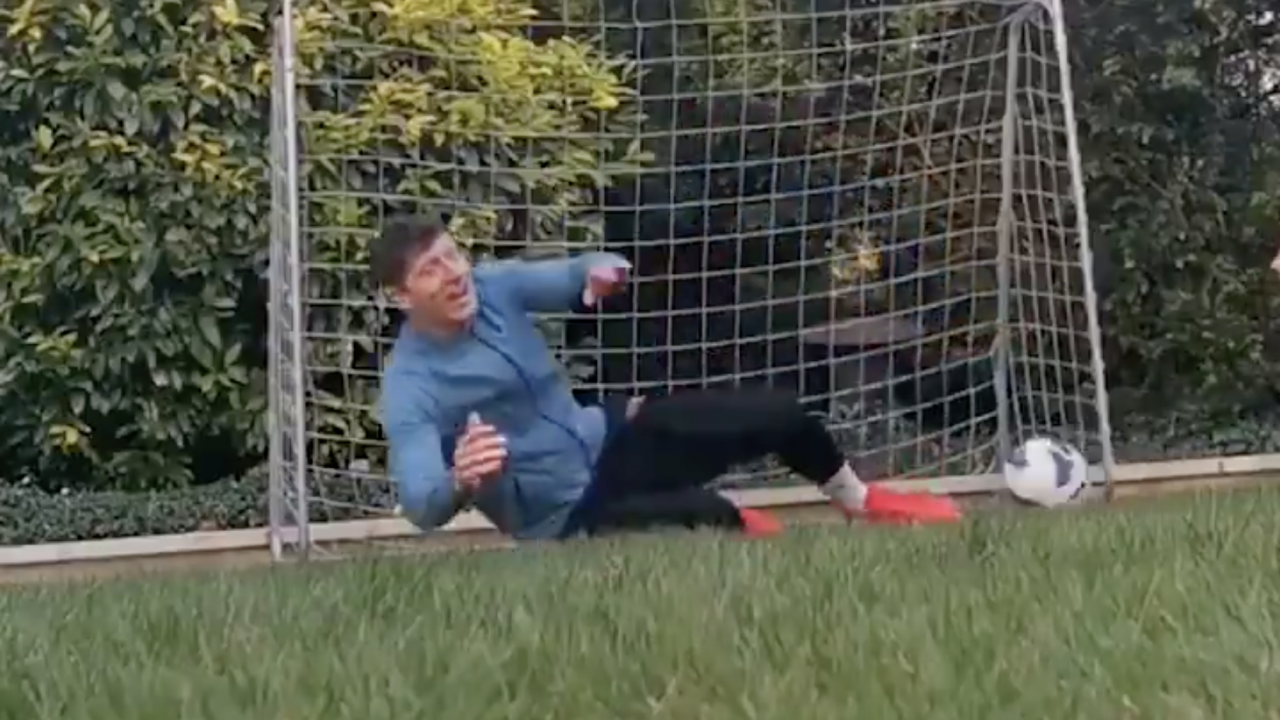 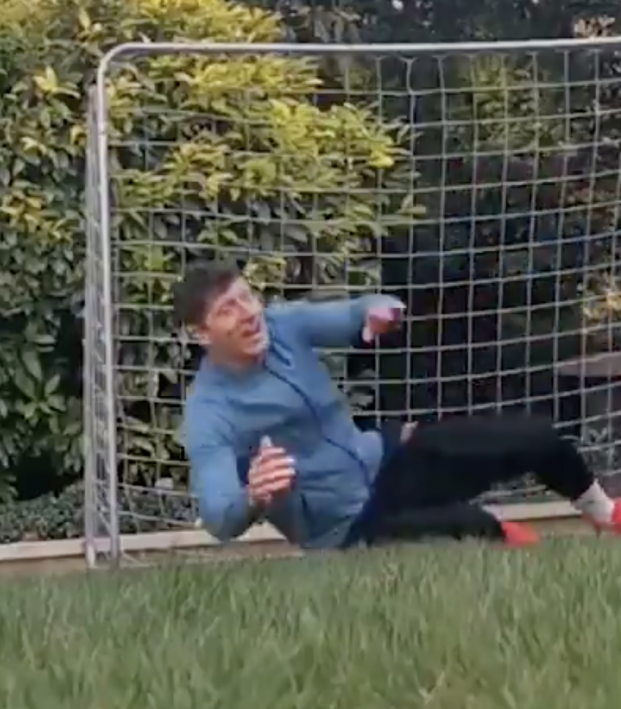 Robert Lewandowski Commits An Absolute Howler While Playing With Daughter

Robert Lewandowski proved to the world why he's a striker and not a goalkeeper when a video from his Instagram revealed his terrible abilities in goal. The Bayern Munich star was playing in the yard with his two-year-old daughter Klara when he committed one of the worst acts of goalkeeping ever seen.

To be fair, the blistering speed of Klara’s shot made it a difficult one to save. It's believed the ball hit Mach 3 and broke the speed of sound on the way to goal. So perhaps it was a good thing the Polish international avoided Klara’s heat-seeking missile of a shot.

The fact that he was beaten at his near post is a travesty to the goalkeeping world. It's quite clear that Lewandowski has no idea what he’s doing back there and should be substituted immediately. Manuel Neuer might have to give Lewandowski a crisp back-hand to the face with his spikey new gloves as punishment for disrespecting the goalkeepers of the world.

Even Rob Green didn’t screw it up that bad at the 2010 World Cup.

If you've made it this far in the article and somehow not figured it out, this article is laced with sarcasm. Lewandowski obviously just had something in his eye which is why he didn’t make the save.

Sarcasm aside, he does get marks for being a great father. He has also shown how great of a person he is with the on-going pandemic. Anna Lewandowski and her footballing husband have together donated $1.1 million to help with the fight against COVID-19.