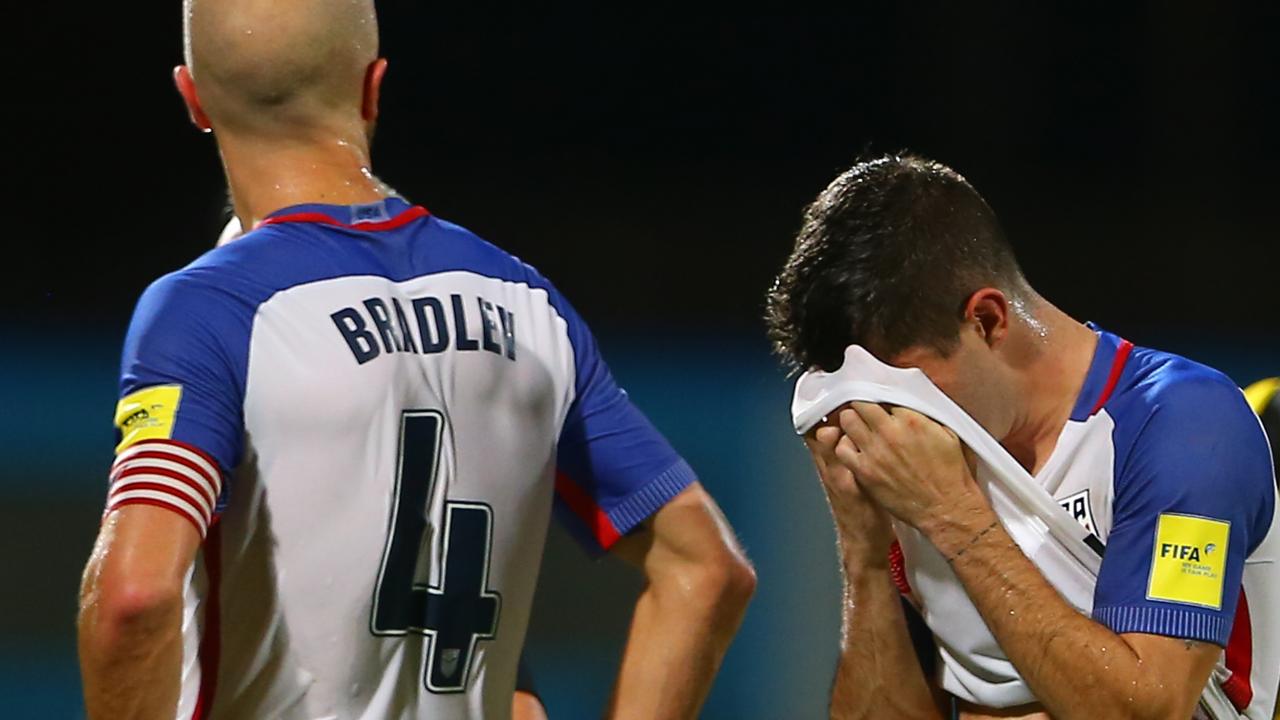 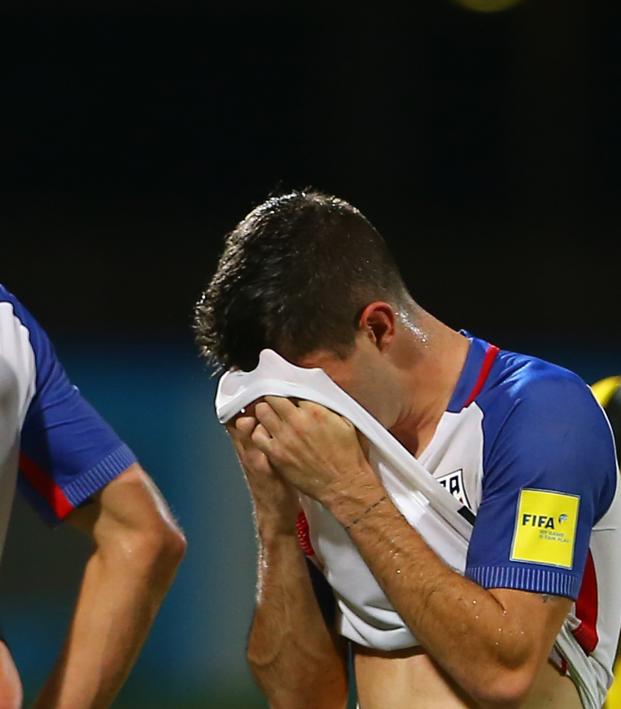 USMNT fails to qualify for the 2018 World Cup

Failing to qualify for the 2018 World Cup was hard to digest, very hard, so our hot soccer-blooded hearts make us feel that everything is wrong, and our soccer is the worst. That’s just the heat of the moment; truth is that U.S. soccer is pretty good, and it has gotten better and better over the last couple of decades.

It is also true that it is far from the top. The U.S. has not reached the necessary level to compete with the big fish like Germany, Argentina, Brazil or so on. Statistics don’t lie about it: The USMNT's record for the 2010-2019 period is pretty positive, with more wins than losses and ties (77-40-31), but the stats also show the team never won, not even once during the period, against World Cup winning countries like Spain, France, England, Brazil or Argentina in a meaningful match, holding some hurtful, negative historical records against most of them.

The U.S. has come up with some great players like Christian Pulisic, Michael Bradley and Tim Howard, but has never made it to raise geniuses, what in South America they call ‘cracks’ when they refer to the Messis, Ronaldos or Neymars, and we want to know why.

As a foreigner living in this amazing country, and as a soccer coach, fan, writer and analyst, I have always been intrigued about why the U.S., such a powerful country with a great desire to be a part of the elite of the world’s most popular game, has failed to do so despite the massive investments and campaigns the USSF continues to carry on.

I also found myself, when I had just moved here, knocking down several myths we foreigners had about U.S. soccer, like it’s considered a women’s game or is a very unpopular sport. Nothing farther from the truth, the sport is extremely popular:

• Gallup, Inc. reported in 2017 that soccer is the third-most played team sport in the country (behind basketball and American football).

And neither does it seem to be a women’s sport, as in fact from the 4.2 million players registered with U.S. Soccer, 2.5 million are men.

Are we truly aware of that number’s dimension? 4.2 million registered players — that’s more than the entire population of Uruguay (3.4 million as of 2016), two-time World Cup winners.

Then what is it that we are doing wrong here? I can summarize it in three main points.

How To Fix US Soccer

Soccer is the world's sport because of its beauty and because of its low cost. In fact, your eyes get glassy when you travel the world and in the most remote, abandoned, poor little town you find a group of kids making goals with their sandals and kicking a wasted ball around, celebrating goals with their forefingers aiming to the sky. That’s the very essence of the sport, Messi’s high-speed ball control or Neymar’s feints come from these environments, from ‘Favelas’ and ‘Potreros,’ in which they spent hours and hours playing freely with their friends, creating new moves, dreaming to be like their idols, Ronaldinhos and Maradonas.

No coaches, no organized play, just ‘kids playing with a ball under the rain,’ like Dani Alves told Paulinho to raise his spirit when he was going through a dark period. This is vital to create talent, to promote creativity, that is the most important attacking principle of the game. In fact, a study carried on by Juan Cruz Anselmi and Enrique Borrelli, from the Club Atletico Independiente de Avellaneda youth divisions, suggested a correlation between the number of hours of exposure to the game and the technical level of the kids, comparing the situations in Argentina, Germany and Italy, and found out that on average an Argentinean kid spends a total of 13 hours playing soccer on a weekly basis, Germans running up with eight hours average and Italians trailing with seven hours.

How many hours per week do you think our kids spend playing? Do we even make it to the Italians? How is it possible that having such amazing fields, balls and training materials all over the country, we still see them empty when they should be crowded with kids kicking the ball freely, having fun and dreaming of being like their idols? This is key for coaches as well who explain in their sessions how to make a scissors move.

Nobody coached Neymar on how to make a lambreta move. We need to understand that we don’t create players, we sculpture them, we polish them, we help them use what they already have in efficient ways, we help them understand the game to make better decisions, we guide them on how to take advantage of their strengths and manage their weaknesses.

A few days ago, my colleague Connor Fleming published on The18.com a very interesting article about how little time U-21 players get on the MLS, with five teams that haven’t given a single minute to players in this group over the season. That’s a huge problem, and it gets even worse by the fact that I see many players trying to reach the professional level by being scouted through college. That means that even if you are good and lucky enough to make it happen, you start training in professional clubs with high level players and coaches by your 20s.

That’s too late; it might work for other sports, but it won’t for soccer.

Aspirants to become professionals all over the world play for professional club’s youth divisions from early ages and reach the first team in most cases before the age of 19. Diego Maradona and Kun Aguero were still 15 when they had their first professional game; Leo Messi and Neymar were 17. They were extraordinary and made it by an early age, of course, but still the average age is below the one observed in the U.S.

Then picture our U.S. player making his first pro game by the age of 21, facing a foreign player who has been training and playing on a professional environment for five-plus years — that’s a very hostile starting scenario. We need players to make it to the professional level earlier. Some MLS clubs are working on their youth divisions, but we still need more of this, a lot more. We can’t expect soccer to adapt to America; we need to adapt to it.

This might be the most abstract reason I have and still the most important one.

Soccer is worldwide way more than a sport; it's a big part of a country’s culture. Like the Uruguayan soccer writer and poet Eduardo Galeano phrased: “Tell me how you play, and I’ll tell you who you are.”

Countries have a sense of identification with the way the sport is played: Brazilians relate to a happy-rhythmic-skillful style, Argentineans with a technical-skillful-passionate one, Uruguayans with a brave-tempered-courage based approach. Monuments and street paintings are raised to celebrate these idols that overcome hard backgrounds to become national icons and heroes.

This is important because it represents an internal motivation. Everybody can be motivated by making money, but once you have made it (and top players definitely don’t struggle paying rent), what pushes them forward to be the very best? Glory, recognition, the desire of making your home town, friends and family proud of you — that’s what pushes them forward. It all goes back to an amateur feeling, that’s why players cry when their teams are out of the World Cup, because they dreamed once of their faces and goals being painted in those walls too.

We need more of that passion.

I truly believe the U.S. has the potential to make it to the top tier of soccer, but first we need to replicate the conditions for genius to appear naturally.

U.S. Soccer needs to take its very coaching motto (that quotes Albert Einstein) to the next level:

“I don’t attempt to teach my students, I only attempt to create the conditions for them to learn.”