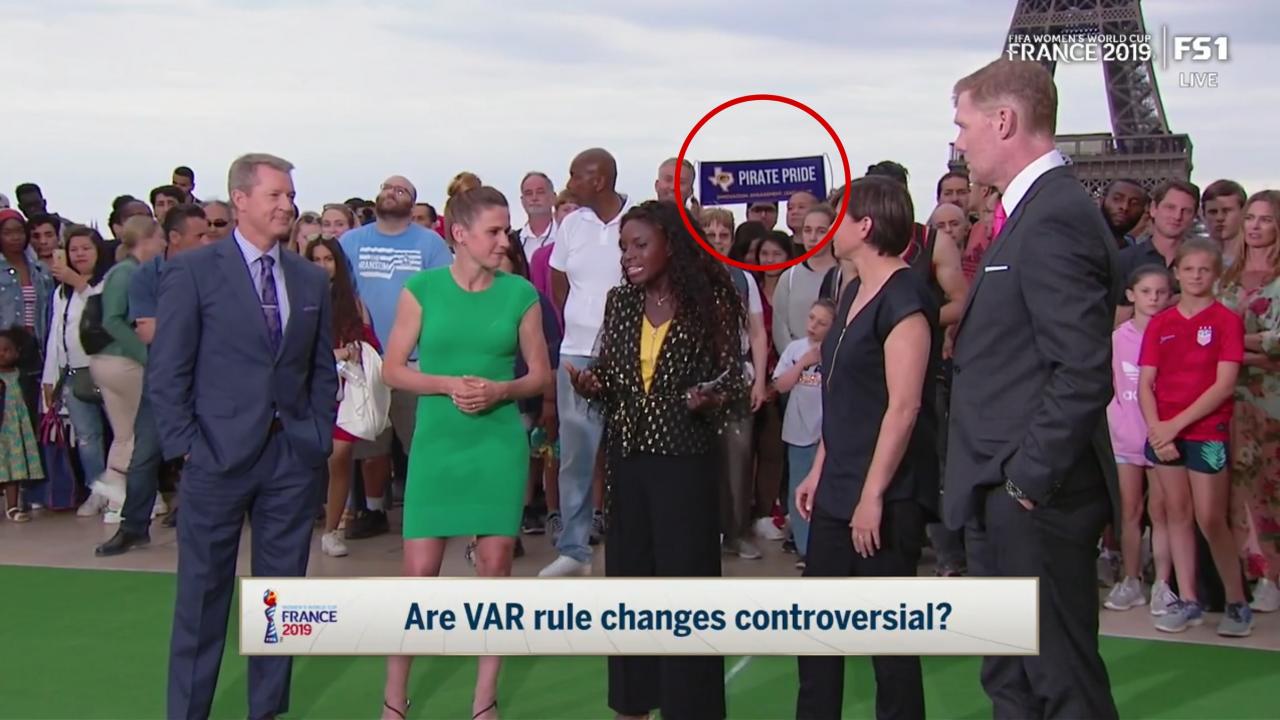 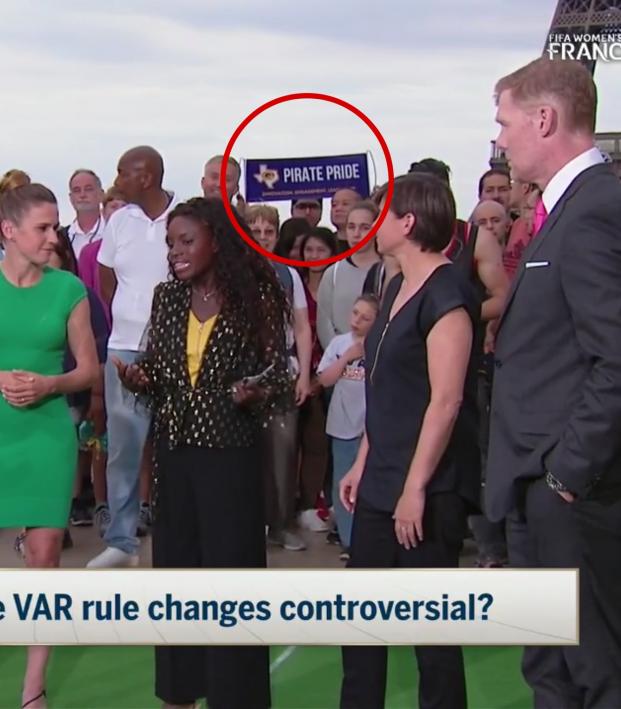 Apparently, The Only Thing Bigger Than A World Cup Is Texas High School Football

The Women’s World Cup going on in France right now is the biggest sporting event of the year. But don’t tell that to Texas high school football fans.

The Granbury Pirates, who went 2-8 last season and haven’t been to the playoffs since 2013, were shown some love by a fan who hauled the roll-up sign all the way from the Texas city. The fan unveiled it during postgame coverage of the Nigeria-Germany match.

The Granbury Pirates getting some love at the Women's World Cup in France. Screenshot: FS1

Granbury is a town of less than 10,000 people located about 35 miles southwest of Fort Worth, Texas. The Pirates, who compete in 5A, the second-largest classification in Texas, aren’t exactly a powerhouse, having finished above .500 just five times since 2004.

But they showed up at the Women’s World Cup, so in the words of Sam Kerr: Suck on that, Aledo.