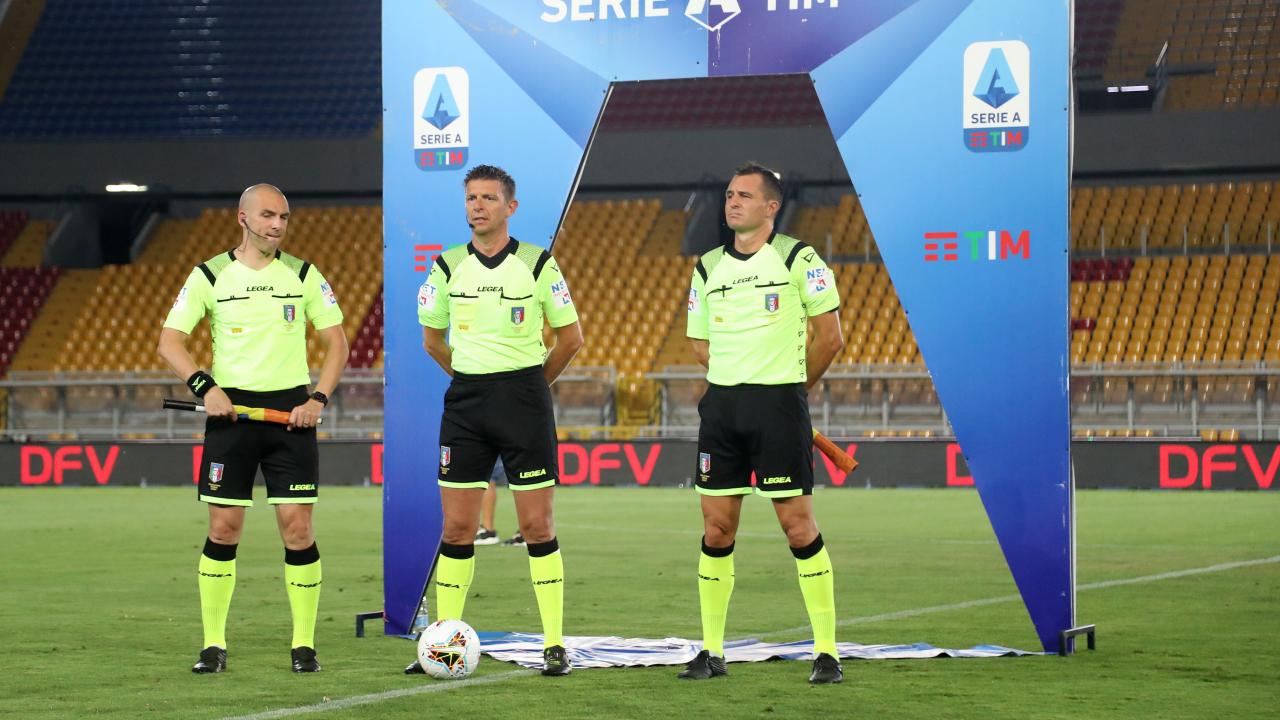 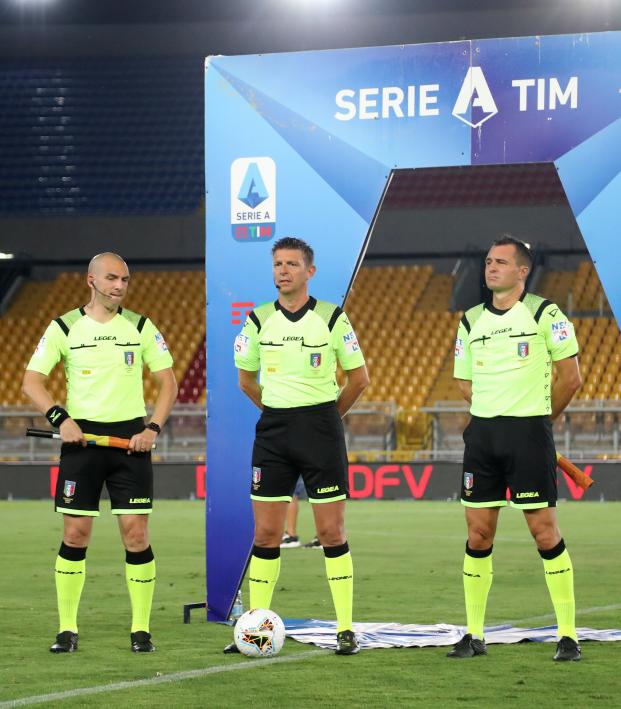 Serie A referee Gianluca Rocchi, after 30 years of officiating, took control of his final match on Saturday and received a surprise tribute from Juventus and Roma players. After a shocking Roma victory, an emotional Rocchi shed a few tears when he blew the final whistle for the last time.

What came next was a unique moment with players expressing their gratitude for the man in the middle. Juventus and Roma players formed a wall of applause for Rocchi while Giorgio Chiellini and Edin Dzeko supplied specialized, signed jerseys to honor the year of the Italian referee’s retirement.

To keep the moment from getting too emotional, Juan Cuadrado lightened the mood with a little fun and foam.

The 46-year-old had refereed since 1990 and was promoted to Serie A in 2004. He officiated matches in Serie B for seven years and was in Serie C prior to that. Some of his major accomplishments include being selected for the 2018 World Cup, 2019 Europa League Final, 2017 Confederations Cup, several Italian Cup finals and the 2012 Olympics.

Rocchi was also named the Serie A Referee of the Year in 2018 and 2019. Referees are human too and deserve some love and foam showers.