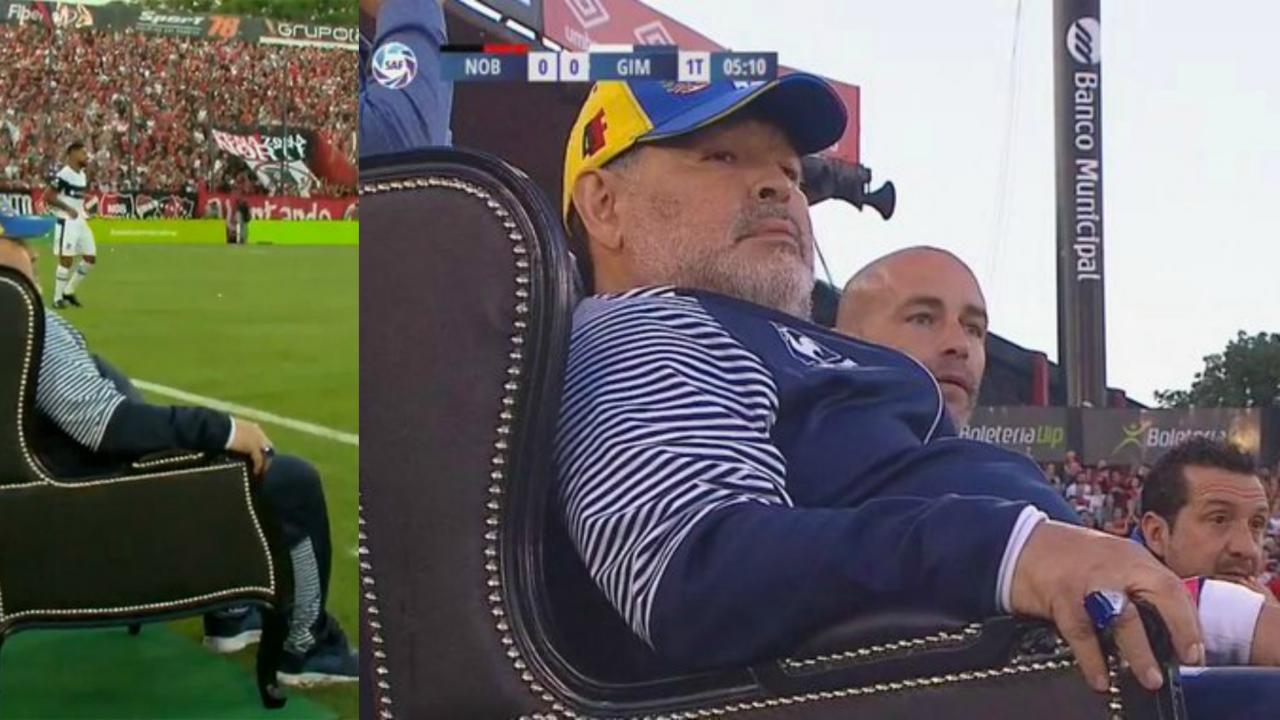 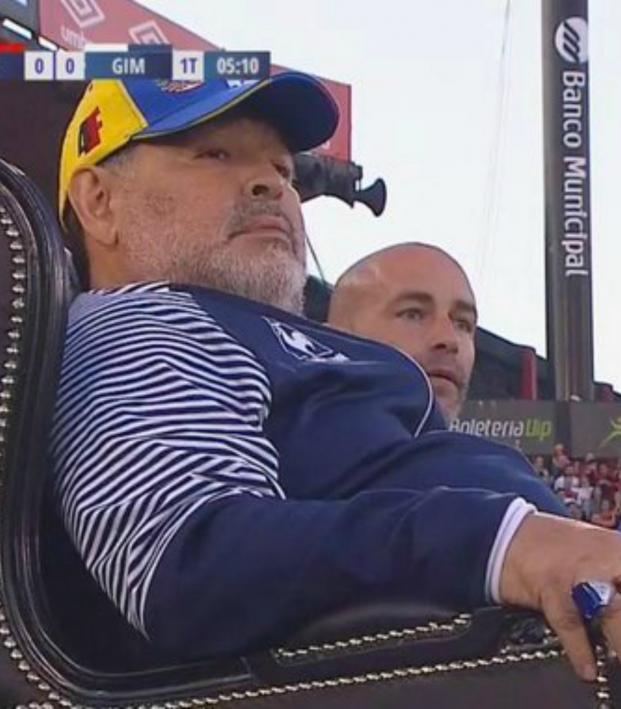 Normal chairs, like the one you and I are sitting in right now, are for suckers. They’re for losers who have never accomplished anything in their lives and probably never will.

Thrones, on the other hand, are for gods and kings.

So, to the surprise of absolutely no one, Maradona coached a league match from a throne on Tuesday, expertly guiding his team, Gimnasia La Plata, to a 4-0 rout of Newell’s Old Boys in Rosario, Argentina.

Newell's Old Boys prepared a special throne for Diego Maradona from which he could watch his Gimnasia side. Because benches are for losers. pic.twitter.com/aLYdUkZLQA

Maradona has bounced around during his coaching career like he bounced off defenders during his playing career. He’s coached the Argentina national team and clubs all around the world from Qatar to Belarus, where he got to ride around on a tank. His most recent gig was in Mexico with Dorados FC, where Maradona drank beer, punched people and casually took phone calls during matches, as one does.

Maradona joined Gimnasia La Plata in September. The club was mired in a seven-match losing streak but has won two of the last three to skyrocket into 23rd place out of 24 in the Argentine Superliga.

Traveling to Rosario, Argentina, hometown of Lionel Messi and Newell’s Old Boys, Maradona received a hero’s welcome. Maradona played for Newell’s briefly before the end of his career.

More than the fan reception, Newell’s celebrated Maradona with a jersey honoring the footballer’s late mother.

Just before the match kicked off, the Estadio Marcelo Bielsa venerated Maradona, who was then presented with a throne, which the No. 10 promptly signed with a Sharpie for some reason.

Once on his seat of power, Maradona commanded his side to the surprising 4-0 win over Newell’s, which could have jumped into first place with a win. The final goal came on an olímpico by Matias Garcia that nearly convinced Maradona to get off his throne. Almost.

Diego Maradona is a legend wherever he goes, but there’s no doubt he belongs in Argentina, where the love for him is greater than Cristiano Ronaldo’s love for a mirror or Jurgen Klopp’s love of beer.

Maradona turned 59 on Wednesday, but he still inspires child-like glee from his fellow Argentines — even if he looks like he could be 79.