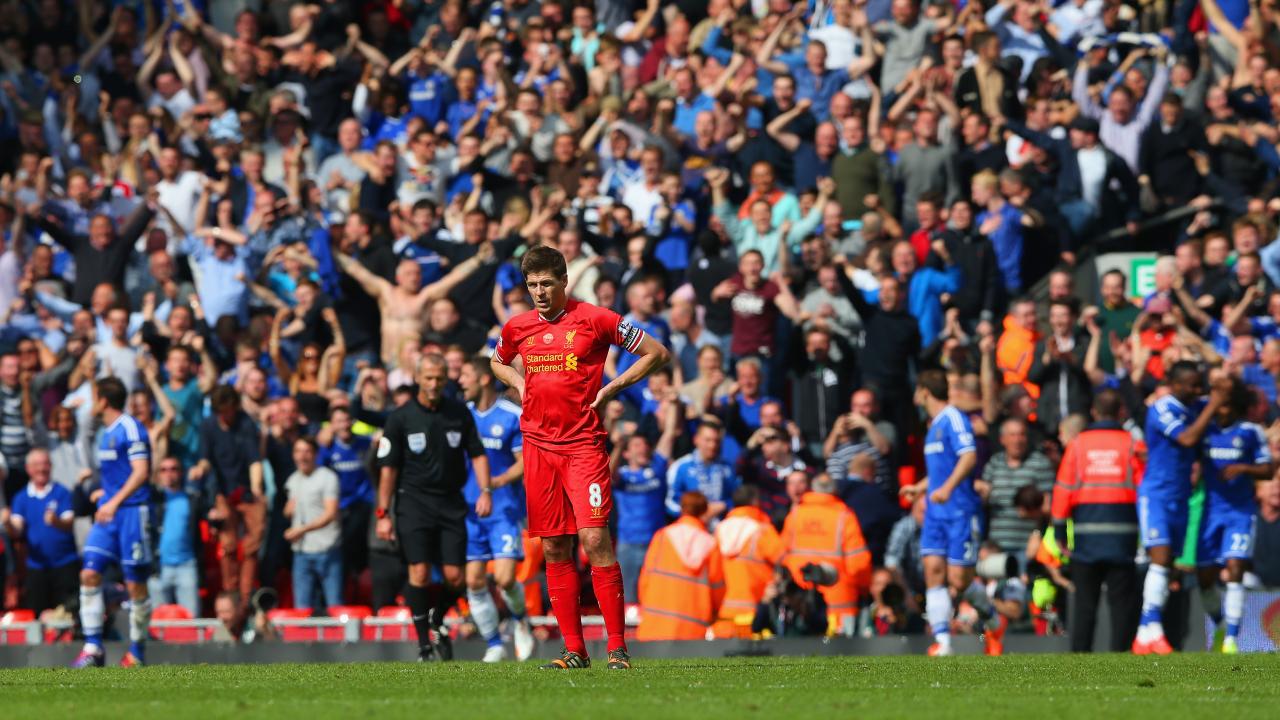 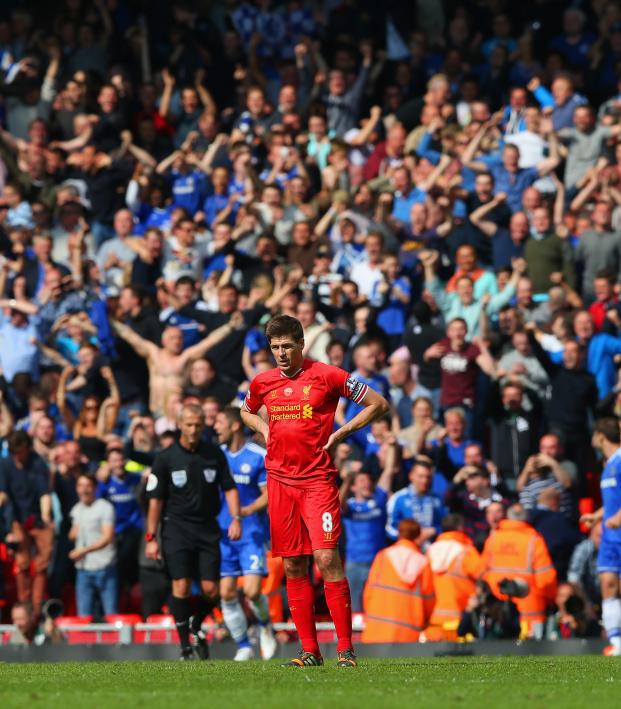 If you're close to or know anyone who's a Liverpool fan, please check in on them as April 27 is a traumatic calendar date.

Six years ago today, the Reds were in prime position to win the Premier League for the first time in 24 years. With three games left, Liverpool had it in the bag. The final big test was hosting Chelsea at Anfield, where Liverpool had been unstoppable.

Then came the moment that Reds fans suppress as much as possible: the Steven Gerrard slip.

You really hate to see it.

In one of the most ironic twists, Liverpool had defeated eventual champion Manchester City two weeks before the infamous slip. In a post-match huddle, Gerrard had an interesting choice of words for how Liverpool would handle the rest of the reason. Careful with your words, Stevie.

Looking at the glass half-full, there were some good things to come from Gerrard’s slip. Some quality videos have been created over the past six years poking fun at the incident, and Chelsea fans got a new chant. Here are some of the best videos made to remember what took place six years ago.

Chelsea Fans Get A New Chant

In case anyone wanted to see more of the match than just Gerrard’s slip, Chelsea’s social team was kind enough to tweet out the highlights. How kind.