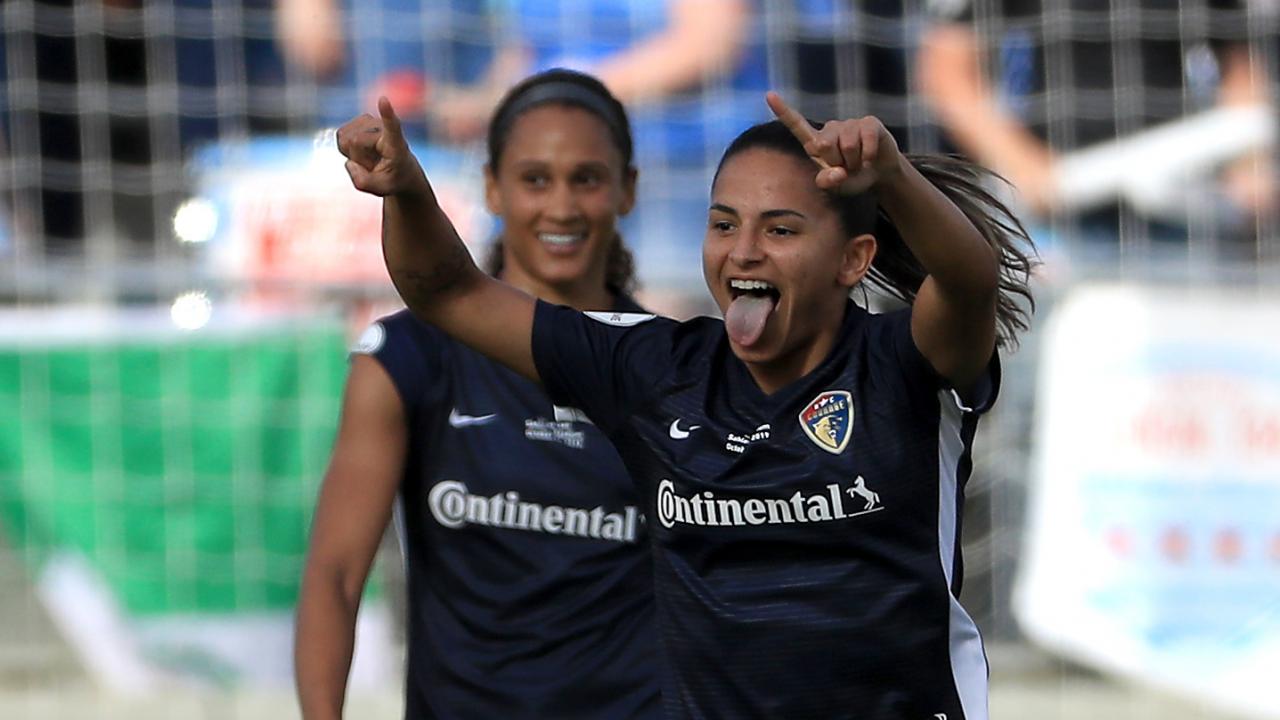 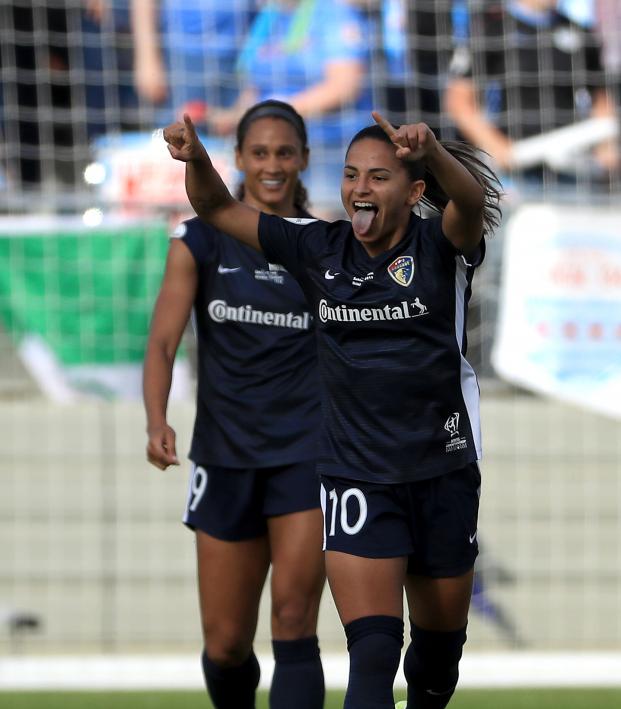 7 Players To Watch At The Upcoming NWSL Challenge Cup

The 2020 NWSL Challenge Cup dates have been finalized, with the first game set to kickoff at 12:30 p.m. ET on Saturday, June 27 in Herriman, Utah.

Being the first major sports league back in action in the U.S. has created a major buzz for the tourney, but rumors of high-profile players sitting out of the Cup have also been circulating. So you may be wondering if there are any noteworthy players worth watching.

Well we’ve got some good news for you. With some major players sitting out, rookies and lesser known players have a chance to be in the spotlight. Here are seven exceptional players you need to keep your eyes on during the Challenge Cup.

Yūki Nagasato is a striker for the Chicago Red Stars. She's also a former member of Japan's national team, becoming a World Cup champion back in 2011.

Nagasato’s play is quick and unpredictable. She reads the game well and isn’t afraid to share the ball, making her the ultimate team player.

In 2019 she was named the NWSL Player of the Week during Matchday 4. She’s dangerous on the pitch because of her versatility. Keep your eyes peeled for her.

Débora Cristiane de Oliveira, also known as Debinha, is a forward for the North Carolina Courage. She also plays for the Brazil national team and is one of their most capped players.

In 2018 she was featured as a player with the best skills in the NWSL. She’s feisty and tenacious. Watch out for her as she tears up the pitch and breaks ankles.

Ifeoma Onumonu, another unselfish and unpredictable player in the NWSL. She currently plays for Sky Blue FC as a forward/midfielder. She reads the game like no other, slotting balls into the net and threading perfect passes.

In 2019 she was named the NWSL Player of the Week for Matchday 10, and rightfully so! Overall, Onumonu is just a stellar player.

Paige Monaghan is a relatively new player to the NWSL. She signed with Sky Blue back in February of 2019. She’s an exceptionally hard worker and not afraid to drive to the endline for a cross into the box.

Monaghan was named the 2019 Player of the Week for Matchday 18 after she netted two goals against the Red Stars. Even though she’s still a bit of a rookie with some work to do, I think the time she gets at the Challenge Cup will be exciting to watch.

Amy Rodriguez might be a somewhat familiar face. She played for the USWNT and won the World Cup in 2015 while appearing in two matches. After that she took a bit of a hiatus after her pregnancy and an ACL injury in 2017.

Now she’s back in action playing as a forward for the Utah Royals. In 2019 she won Goal of the Week honors in weeks nine and 17. Rodriguez is a bulldog — she works incredibly hard on the pitch and gets the job done. Watch out for this firecracker.

Aubrey Bledsoe is a dynamite goalkeeper for the Washington Spirit squad. She has lightning fast reflexes, which make her a brick wall in net. 2019 was a great year for her: She was named the NWSL Player of the Week for weeks four and seven.

She also made the Save of the Week for weeks four and 16. Overall she was named the 2019 NWSL Goalkeeper of the Year.

Last but not least is Kristen Hamilton, another forward for the North Carolina Courage. She’s got a rocket of a shot and quick feet on the dribble. Back in 2019 she was named the NWSL Player of the Week for weeks 12 and 15.

She was also named the Player of the Month for July. She’s a really exciting player with a lot to offer.

This list is by no means exhaustive. There are so many incredibly talented players in the NWSL. I can’t wait to watch this tournament. If you aren’t excited for all of the brilliant upcoming soccer then you have no idea what you’re missing.