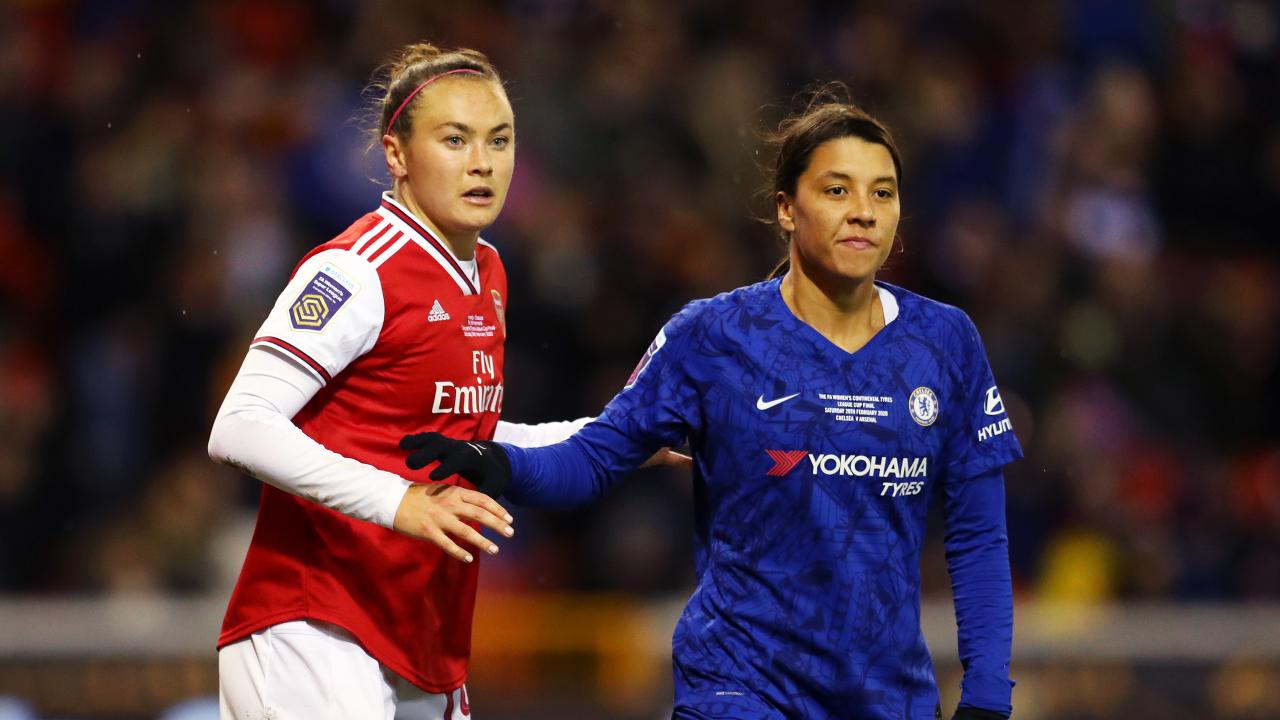 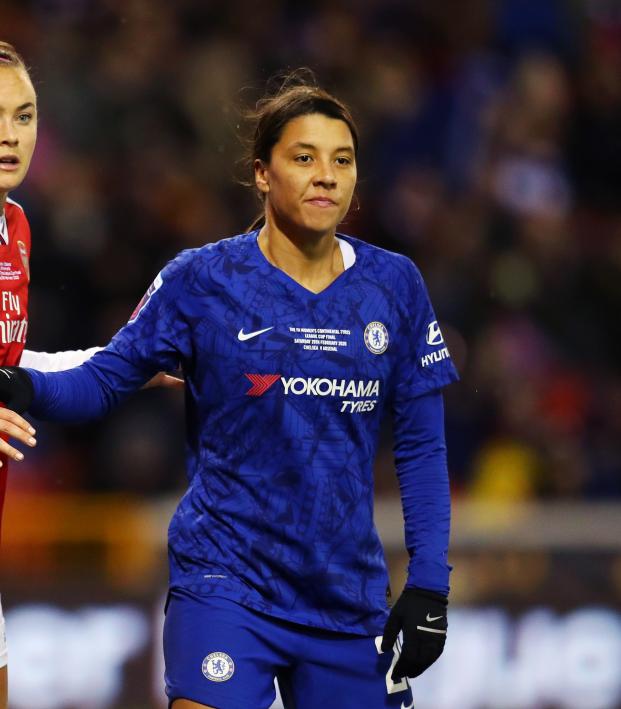 Sam Kerr hasn’t had quite the barnstorming start to life in England as many expected. Since coming to Chelsea on a big-money move from Chicago, where she scored 18 goals in 2019, she had scored just one goal in league play.

But even when she’s not scoring, Kerr is one of the best in the world, as she showed in a 2-1 win in the FA Women’s League Cup final against Arsenal on Saturday.

Kerr’s lone goal in the FA WSL came in a 4-1 thrashing of Arsenal back in January. The match was a turning point in the league, which Arsenal won last season but is currently led by the Blues.

Arsenal, the most successful English women’s side of the last decade, has won three league titles to go with five League Cup trophies. But thanks to Kerr, the Gunners couldn’t add to their trophy case on Saturday.

In front of a tournament-record crowd of 6,743 at City Ground in Nottingham, Chelsea beat Arsenal 2-1 to lift its first-ever ContiCup trophy, with Kerr playing a crucial role.

Chelsea took an early lead through Beth England in the seventh minute. The No. 9 just beat Kerr to a loose ball in the box to slam in the opener.

The first goal goes to the BLUE side of London @Bethany_Eng15 doing what she does best!#ContiCup pic.twitter.com/81tJYHwtes

Arsenal, which lost last year’s final on penalties to Manchester City, found its way back into the match through Leah Williamson. The 22-year-old had her header off a corner blocked but scored on the rebound.

It's @leahcwilliamson who finds the net for @ArsenalWFC!

While fans of the Arsenal men’s team had reason to celebrate on Saturday as Liverpool’s attempt to replicate the Invincibles came to an end, there would be no celebrating on the women’s side thanks to Sam Kerr.

In the 91st minute, the Aussie striker looked to have run into a cul-de-sac in the corner, but somehow managed to turn her defender inside out — there may even have been a nutmeg in there. Despite going to ground, Kerr refused to beg for a free kick, instead jumping back to her feet to pick out a teammate’s run in the box.

Eventually, the ball ended up to a wide-open England, who had the easiest of tap-ins to net the winner.

When the final whistle blew moments later, you could tell what it meant to the Chelsea players.

Now the question is: How many more trophies will Chelsea win this season?

With Sam Kerr leading the way for the Blues (not to mention a pretty strong roster), Saturday’s celebrations could be replicated at the end of the season with an FA WSL trophy.

For the first time ever @ChelseaFCW WIN the Continental League Cup!