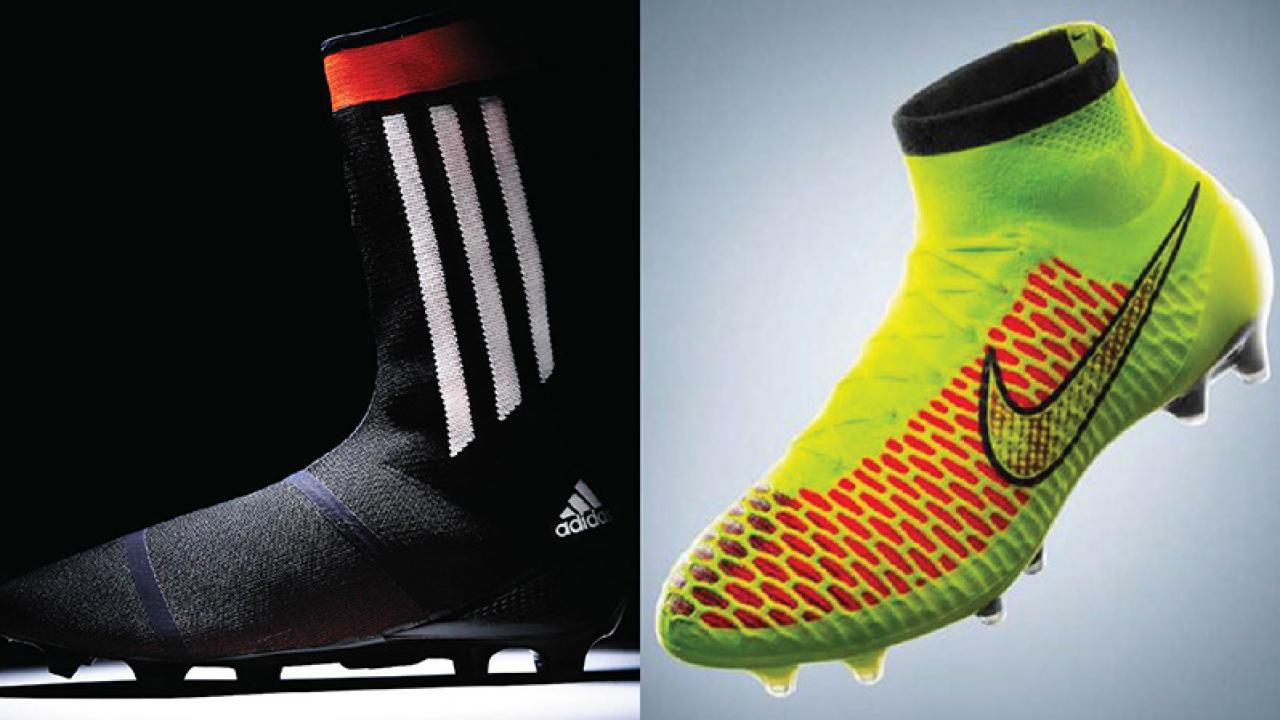 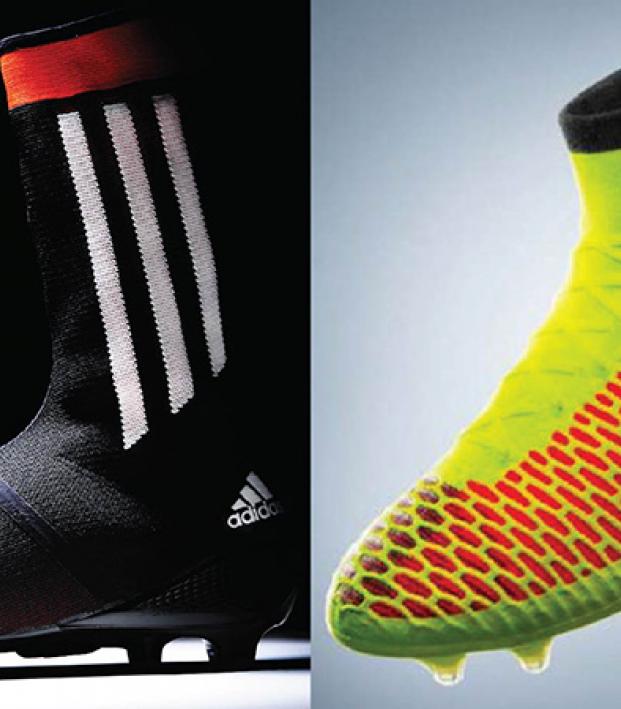 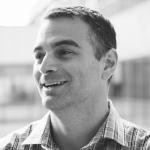 Keith Greenawalt April 1, 2014
Adidas and Nike continue their death match for soccer gear supremacy, introducing mirror image knit technology boots within days of each other. Will this year’s Cup identify a winner?

Taken together, Adidas and Nike are the big dogs in the $5B soccer kit market, owning up to 80% of certain product categories. The nearly simultaneous introduction in 2014 by these giants of new boots with “knit” technology puts the two companies head-to-head once again heading into this World Cup.

Both sets of boots take the one-piece, knit style construction that was first seen in running shoes to create a significantly lighter boot and more form fitting feel. Each company claims that the game is about to change with this technological revolution. With such similar claims and with feedback just starting to come in, it’s hard to say whether there is a meaningful distinction between the boots themselves. So, from the information that we do have, who appears to be in the “sole position?”

This is pretty subjective and depends upon how you feel about the idea of “sock boot hybrids.” (Based on the term “sock boot hybrids” alone, we’re guessing you don’t feel very fashionable.) Of the three styles we’ve seen so far, our favorite is the Samba, followed by the Magista, with the FS coming in last. Frankly, we’re having a hard time feeling the love for the FS’ extended integrated sock.

In a reversal of the knit running shoe dustup around the 2012 Olympics, adidas was able to beat their bitter rival to market – sort of. Nike dropped a teaser video for their Magista boot on February 26th, which seems to have been the instigator for adidas to push their own launch button. The German brand quickly introduced the primeknit Samba as the “world’s first knitted football boot” on February 27th and then tried to outshine Nike’s March 7th Magista launch event with a March 6th Twitter introduction of their primeknit FS as the “world’s first all-in-one football boot and sock hybrid.” The best part about this whole back and forth was adidas’ “Lead. Don’t Copy.” Tweet showing up 39 minutes before @Nikefootball’s unveiling of the Magista. We would have loved to see the “oh sh$t” emails from the marketing departments of these two giants as these posts went live. Adidas does have a leg up in game action and availability, with the limited edition Samba boot available as of March 17th (as compared to pre-orders for the Magista starting on April 29th) and Luis Suarez already using the cleat in Premier League play.

So, adidas may have been first, but Nike definitely had more to say when the time came. On February 26th, Nike’s posted this blurred out teaser video that featured Iniesta, Gotze, Silva, Turan, David Luiz and others reacting to the product the first time and actually putting the boot to use on the pitch. Adidas, on the other hand, had this “sweet” Vine. On March 6th, adidas again posted a Vine and pictures of the FS boot. Nike meanwhile dropped this and this. Frankly, the online retailer Unisport seems to be doing a better job at marketing adidas’ ”concept” boot than the brand itself. (That said, Unisport has even more to say about the Magista.)

Nike has “Soccer Will Never Be The Same” and Adidas has, ummm, we’re not sure yet. Continuing on the theme that one of these boots is ready for primetime and the other is just trying to be first in line, we’re not sure what adidas’ campaign will be.

While adidas is putting the focus on primeknit by fusing it with existing brands like Samba and generic modifiers like “FS” – Nike has created a distinctive brand around Magista that speaks to the innovation of the technology and the creativity that being closer to the ball can inspire for players.

The masters of leveraging superstar athletes, Nike brought a lot more to the table at launch than adidas did. For the time being both companies have big guns (Neymar, Ronaldo, Rooney, etc. for Nike; Messi, Robben, Xavi, etc. for Adidas) focused elsewhere, but by numbers alone the support for Magista trumps Luis Suarez’s efforts for the Samba.  That said, Suarez scored the first goal ever (!) with knit cleats in the much-hyped match versus Man U – so there’s something to be said for that.

With a large roster of players expected to sport the Magista in Brazil, Nike again seems better positioned here, simply based on numbers if nothing else. However, this may just be a case of adidas not being ready to introduce its full roster yet. Stay tuned.

With the Samba primeknit looking like ~$350 and the Magista looking like ~$300 for the top-of-the-line version, it’s pretty safe to say that they win and we lose on the price front. Sorry.

Overall, we think it’s pretty clear that Nike won the opening marketing battle (pretty much on these Vines alone), but the war will play out on the pitch as always.