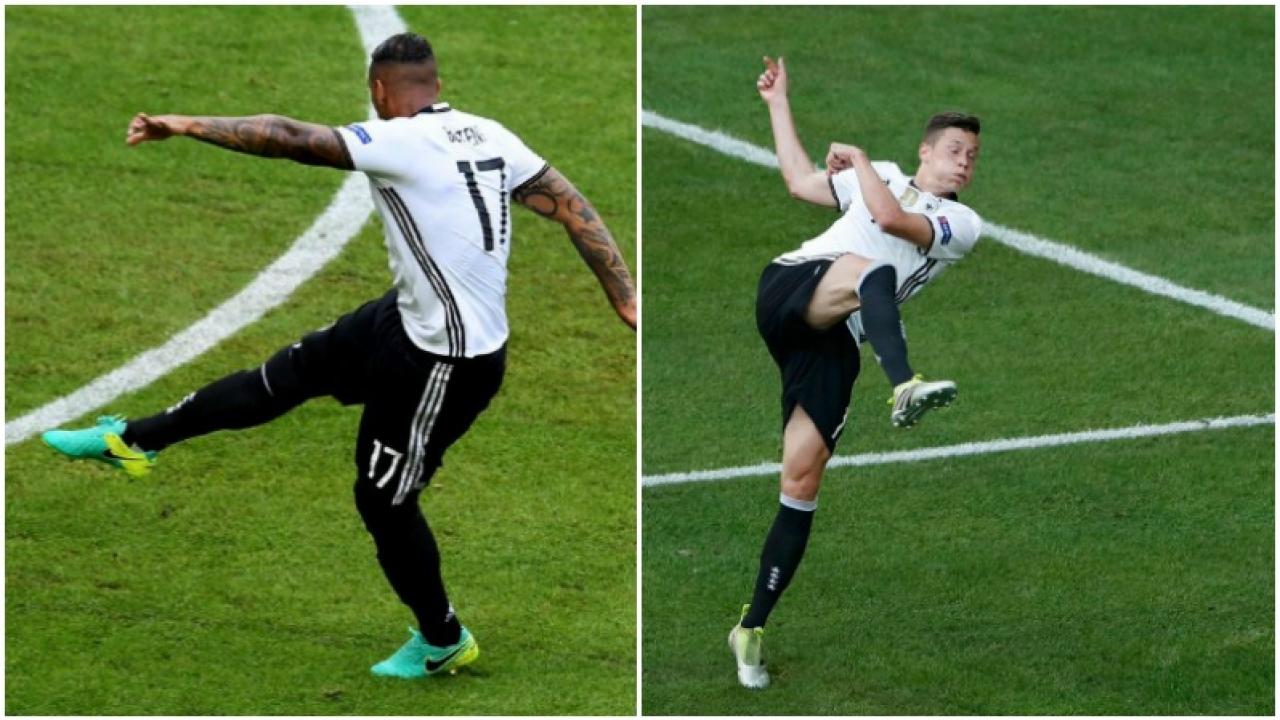 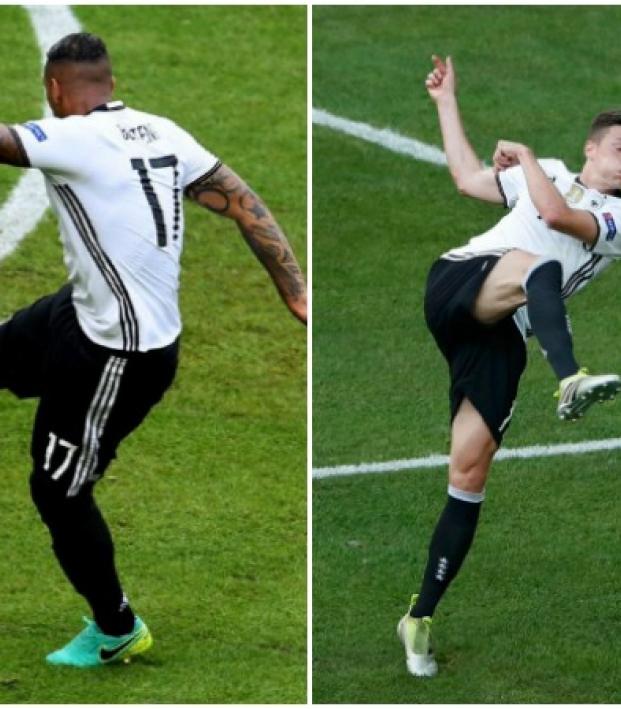 Connor Fleming June 27, 2016
Jerome Boateng and Julian Draxler both scored superb goals for Germany en route to a 3-0 victory over Slovakia in the round of 16.

The world champions have awoken in France, and the rest of the field have been warned. Germany’s comprehensive 3-0 victory over Slovakia in their round of 16 encounter gave evidence to the brilliance, balance and cohesion this German side is able to muster.

Jerome Boateng scored a wonderful opening goal in the eighth minute, Mario gomez added a second in the 43rd and Julian Draxler capped a superb individual performance with Germany’s third in the 63rd minute.

After winning the 2014 World Cup, Germany’s extended hangover threatened to derail their European Championship campaign. However, the accepted logic was that when the business end of the proceedings began Germany would kick into gear.

On Sunday, they gave evidence to that theory. After emerging top of Group C with some unconvincing displays, including a 0-0 draw with Poland that could’ve easily been a defeat, Germany now head into the quarter-finals off the back of one of the most impressive team performances of the tournament.

German manager Joachim Low dropped the struggling Mario Gotze, and his replacement, Draxler, was a revelation. Joshua Kimmich, at only 21 years of age, has made his inclusion in the starting XI a mandate, and Mario Gomez looks like a potential Golden Boot winner.

If Thomas Muller can begin to find the back of the net with any regularity, Germany will certainly be favorites to repeat Spain’s achievement of winning both the World Cup and the Euros consecutively.

Germany now await the winner of the Italy vs. Spain round of 16 match. That quarterfinal is set for July 2 in Bordeaux.