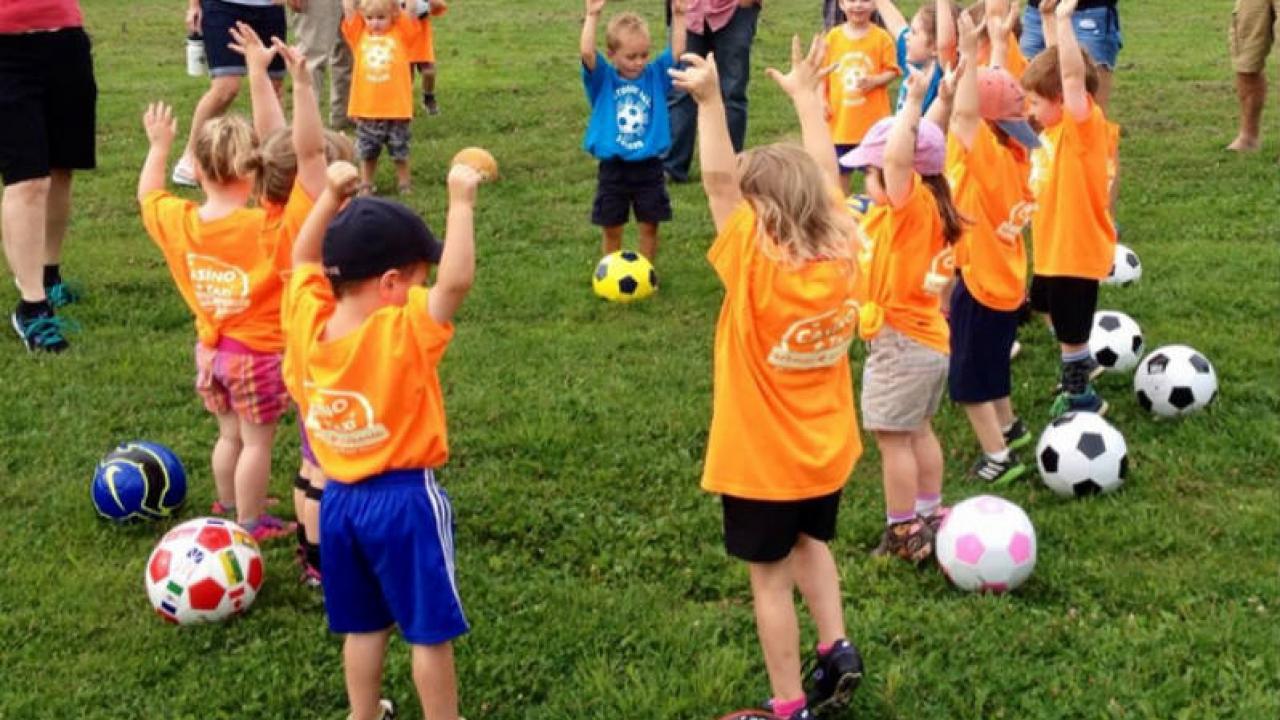 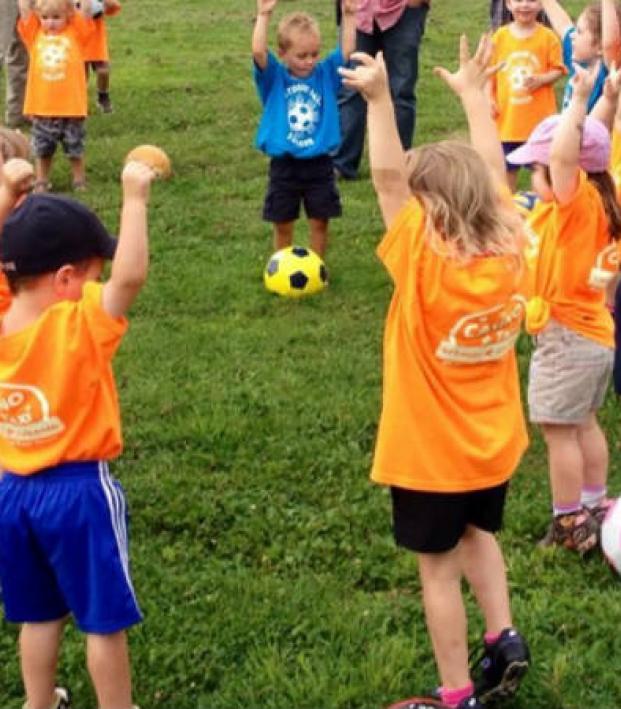 Ivan Anich November 3, 2014
Did you play soccer as a child? Of course you did. For better and for worse, here's a rundown of the characters we all encountered, loved and, sometimes, hated.

We at The18 understand that not everyone is meant to play soccer (or sports in general for that matter) but, for some reason, parents all over the world sign their children up for soccer year after year.

On the surface, it makes sense. Kids have a lot of energy, soccer fields are the perfect outlet; soccer is a relatively safe sport; it is a great way for kids to meet friends.

But, as often happens when an incredible amount of people are forced to do one thing, there are certain people that have shown up in almost everyone's youth soccer career. How many, you ask? Well, 11 of course. So, here are the 11 people you most definitely encountered playing youth soccer:

1. The Nerd Who Was Surprisingly Good

Soccer has been and always will be a cerebral game. The need to analyze and anticipate is critical for every position, and an inability to do so often leads to a player who looks lost on the pitch.

Now, we all know that book smarts rarely transfer over into the instinctual intelligence that drives athletic achievement, but sometimes it does. Which is why that kid who memorized all of the multiplications tables in 10 minutes, but started to sweat profusely the moment they had to talk to a member of the opposite sex, was actually one of the better players on your team.

You could count on this player to be at the right place at the right time for a good pass, tackle, or confident header. You were too young to realize the implications of this at the time, but that teammate was just the first of many instances in your life when nerds did something better than you.

As far as we are concerned, wanting to be a goalie for a youth soccer team is equivalent to wanting to walk the wrong way down a freeway on which all the drivers are blindfolded.

It is not uncommon for a youth goalie to have 6 or 7 goals put past them in a game, with all of them due to absolutely shambolic defending. When you tack that on to the goals that actually are the fault of the keeper, you have one of the most thankless positions in all of sports, adult or youth.

It takes a special kind of confidence - and insanity - to want to step inside that gaping goal mouth, which is why you were lucky to have one such kid on your team.

Heaven forbid the confusion that would ensue if two children wanted to play goalie.

3. The Kid That Scored All Of The Goals

This kid was the truth. It didn’t matter where he or she played. A la Cristiano Ronaldo, if this teammate was playing, the game might as well have started 1 - 0.

Your coach might have even put them in goal in an attempt to even the playing field, but that didn’t stop the wunderkind from getting a shot on goal after dribbling past the entire team, forwards and defense.

"When will they figure out that we can't kick a soccer ball?" Photo: @EmilyTayy | Twitter

Maybe they had stubborn parents, maybe they just had no idea how uncoordinated they were, or maybe, just maybe, they wanted desparately to fit in.

Regardless, this child was never meant to play a sport. Depending on your disposition as a child, you either hated him or felt incredibly sorry that they had to go through what surely must have amounted to some lower form of torture every Saturday morning.

This child should have been left alone to enjoy some Saturday morning cartoons. Lord knows they were just sitting on the sidelines anyways.

5. The Kid That Never Stops Running

Legend has it he's still running to this day. Photo: @budhoog | Twitter

You are still not sure if this kid played soccer for fun, or because some medical professional dictated to his parents that if their child didn’t expend 500.0 kWh of energy per week they might actually spontaneously combust.

The point being that, regardless of their skill level, this kid and soccer were a match made in heaven. A soccer pitch is 120 yards long by 80 yards wide (usually), and you better believe that kid would have stepped on every blade of grass twice if they could.

Hopefully, your coach figured out that if this kid played fullback, the team had an energizer bunny of a defender that demoralized opposing forwards with an ability to always be right there, no matter how fast they ran.

Somewhere, an adult just shed a tear in recognition.

“Why would I run all the way over there? I know the ball will just be back here in a minute or two.”

Such is the logic of the “Too Cool Kid." Running was lame, scoring goals was lame, defending was an insult, and having the ball passed to them often led to pouting and expressions of disgust. This child was the bane of competition.

“Wow, you guys are trying, like, way too hard.”

The real problems arose when other teammates started to listen to “TCK,” and all of the sudden a team of enthusiastic youths started to resent the sport like a trained hipster. A master stroke for “Too Cool,” an annoying act of a child for the coach.

No one is going to argue that retaining possession of the ball is not an important part of the game of soccer, but this kid took things a little too far.

It didn’t matter if you were under pressure in your attacking third or walking the ball across your own 18 yard line, this kid was always there calling for a back pass, like clockwork.

You make a run down the wing: “You got me back!”

You receive a pass from your own goalie: “Use me if you need it!”

You are on the opposite wing: “SWITCH!!!”

The elephant in the room being that every below average player on your team thankfully capitulated possession of the ball to this kid at the drop of hat.

You know who you are.

8. The Coach Who Got Lucky And Had The Most Talented Team

"All I really need to do is look the part." Photo: @GinoCochino | Twitter

The talent gap in youth soccer can sometimes be a canyon, and every year there always seems to be one team that is just way better than everyone else. This team could be coached by Air Bud and they still would win every game.

So, whether this juggernaut’s coach realized it or not, their tactical responsibilities culminated in providing half-time snacks for the team and making sure playing time for their team of tiny champions was distributed evenly.

Once that was done, all they had to do was sit back, sip on a hot thermos full of coffee, and enjoy the spoils of victory.

9. The Parent That Always Yelled For Their Child To Get Forward, No Matter What

To the children of these parents: You suffered through the embarrassment caused by your ignorant parents, and you grew into a better person for it. Or, well, you followed their advice and made attacking runs all game even though you were playing center back.

David Luiz would be proud.

With apologies to the men and women that dedicated their spare time to governing small children on grass fields for precious weekends out of the year, some of you had absolutely no idea what you were doing.

From failing at the simple task of making sure that both teams field the same number of players, to the negligence of not knowing whether a certain age group plays offsides, the short comings of an ignorant referee were wide ranging and consistently frustrating.

Go take a class, or what ever it is you do.

11. The “Assistant” Coach That Actually Called All Of The Shots

Youth Soccer Coach isn’t exactly a merit based position. It has more to do with who is willing to make the time commitment, and less to do with who actually knows anything about soccer.

One consequence is that assistant coaches, who might have been unable to make it to all the practices or games, were sometimes infinitely better at coaching than their so called “superior.”

Despite having fewer interactions with the team, this assistant - who might have simply been just another parent - knew who should start where, and who gets along with who. It was these coaches that made the team function, who really cared, and who arguably made youth soccer possible.

It didn’t take a constant presence to make a youth soccer team fun (kids have a way of having fun all by themselves), but a knowledgable figure was the difference between having fun and falling in love with the game.

For that, assistant coaches, we thank you.