Victor Valdes Is As Good As Gone At Manchester United

Louis van Gaal and Victor Valdes have taken their arguments to social media over the keeper's refusal to play for the reserve team. His posts on Twitter have definitely secured his departure from United.
Photo: @BBCSport | Twitter

The status of David De Gea’s future at United is still up in the air, and Louis van Gaal is in a difficult posisiotn because of it. Previously, former Barcelona keeper Victor Valdes, who has played second fiddle to De Gea, was expected to take over should his compatriot leave for Spain. However, Valdes and van Gaal have butted heads and the keeper's place on the team seems to be all but gone. 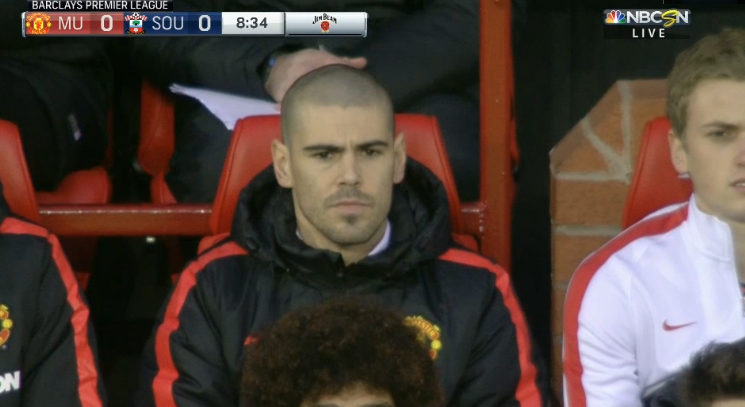 Valdes became all too familiar with the bench last season. Photo: @elrob | Twitter

The Dutch manager has said, “he doesn’t follow my philosophy. There is no place for someone like that. It is a big disappointment. It is a pity because we have given him the opportunity to rehabilitate, gave him a contract and then he is fit to play.”

The conflict between the two has been developing since his arrival at the club in January of 2015. De Gea has been the preferred keeper in van Gaal’s squad, which has left Victor Valdes on the bench for a majority of the season. Naturally, the manager asked him to play for the reserve team to keep his match fitness, but Valdes refused.

“Last year, he refused to play in the second team and there are other aspects you need as a keeper at United. When you are not willing to follow those principles, there is only one way and that is out.”

After a Hard Training Session this morning, i am working hard for this Season ! Come on You Reds !!!! pic.twitter.com/eVStvlcPMj

The post that really got him into trouble came only a few days later. As he hits back hard on Louis van Gaal’s views on the keeper, we think Valdes may as well focus on writing a new resume and sending it to a club in need of a keeper.