I watched the first of Liverpool's six pre-season friendlies, against Tranmere Rovers, because I am a sad, sad human being.
Photo: @NewsbeatPortal | Twitter

Liverpool played their first friendly of the pre-season Friday against Tranmere Rovers, and I watched. I can't believe I just typed that. Pre-season friendlies are bastions of terrible soccer, academy players you've never heard of and never will hear of again, players huffing and puffing because they're not in shape yet, players looking awful because they haven't played in a while and players not caring because it's a friendly. Why would anyone watch one of these?

I did, so there must be some kind of appeal.

I hate when news organizations that should know better come out with "However Many Things We Learned" articles after pre-season friendlies. Y'all did not learn anything, except for maybe the names of some players you hadn't heard before.

Today, for example, I learned the names of two players: Ovie Ejaria and Steve McNulty.

I learned about Ovie Ejaria because he started the game for Liverpool and did really well in an attacking midfield role. Does this mean he'll be a superstar? No. Does it mean I'll start following his career? No. Does it even mean he'll get a spot in the first team this season? No. I just remembered his name because I thought he had a good game.

I learned about Steve McNulty because the Tranmere Rovers center back has become one of my favorite players ever. McNulty has Gray hair (prematurely, he's only 32) and a big belly.

Here's a picture of McNulty playing for Luton Town looking like the Pumpkin Man. 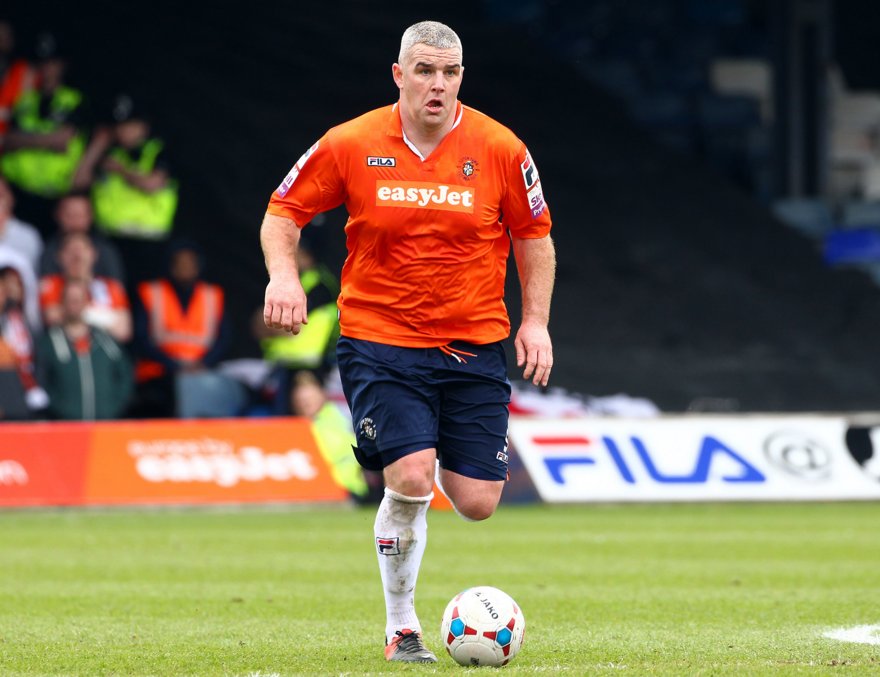 That's probably why I watched Liverpool vs. Tranmere Rovers. Maybe I would find Steve McNulty. And I did.