Are Chelsea Too Quiet This Summer?

Chelsea have been less active this transfer window than previous years, which could cause some worry for Blues fans. Is this all part of Mourinho's master plan?
Photo: @WAGNH_CFC | Twitter

The transfer window is far from being closed, and the trades are going strong in the Premier League with the likes of Manchester United, Manchester City, and Liverpool already spending upwards of £100 million. Yet, title holders Chelsea have not made any big headlines in recent weeks regarding transfers.

With the exception of Asmir Begovic arriving from Stoke City, the only other notable player to join the squad is Falcao; somewhat of a disappointing summer for Chelsea thus far. Does Mourinho really think his 2015/16 squad can win the title again with practically no change from 14/15?

The top targets for Mourinho this summer are Real Madrid’s Raphael Varane, Barcelona winger Pedro, and of course, French national Paul Pogba. All of the above listed players have market values of over £20 million, if not higher in the case of Pogba. Abramovich’s pockets are only so deep, and with Petr Cech as the only player departing Stamford Bridge with a reasonable value, their budget will remain fractions of what the Manchesters’ are willing to spend.

By this time last year, Diego Costa and Cesc Fabregas had already signed for Chelsea with Filipe Luis shortly behind them. Even Eden Hazard and Oscar were picked up quickly by Roberto Di Matteo in the 2012/13 season.

Chelsea do have Filipe Luis in their hands to use for a swap deal with his former club Atletico Madrid. With Cesar Azpilicueta being the preferred player at left-back, Luis’ spot in England is on the bench. Mourinho does have a bad track record of leaving players on the bench for a majority of the season, letting their talents fade from what they displayed at old clubs. Just look at Salah, Cech, or Obi Mikel in this past season.

Should Filipe Luis return to Spain, that will allow Chelsea another opportunity to pick up a Madrid player capable of starting multiple games with Diego Costa. Koke, Jose Gimenez, and Antoine Griezmann are all at the top of the list, not only for Chelsea but many other European clubs.

Because these are all rumors, nothing will be certain until the transfer window closes in early September. As of now the only thing that looks promising for the Blues is the arrival of Pedro from Barcelona, who has been linked to the club after talking with his former teammate Cesc Fabregas. 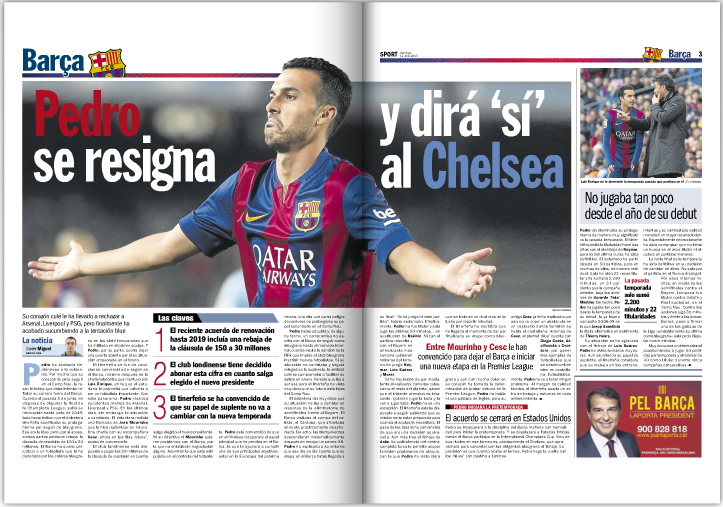 Will the talents of Pedro be enough to make Chelsea title contenders again?