Speculation about Pogba's future steals headlines, but these three players who could depart their clubs this summer would be just as good as the French midfielder.
Photo: @TheSunFootball | Twitter

The summer transfer market has become clouded by news of Paul Pogba, David de Gea and Ilkay Gundogan as every club across the world vies for their signatures. But, while the deep pockets of Manchester City, Real Madrid, and Bayern Munich could help them land one of these superstars, it's likely that your club will come up a little short. Fear not: there are other top class players who are (lucky for you) overshadowed by the mass media feeding frenzy around the top players.

Specifically, Koke, Pierre-Emerick Aubameyang and Alexandre Lacazette all make our list of who your club should sign when Paul Pogba goes to a club that can afford to pay his wages of £200,000 or more per week. Here's why. 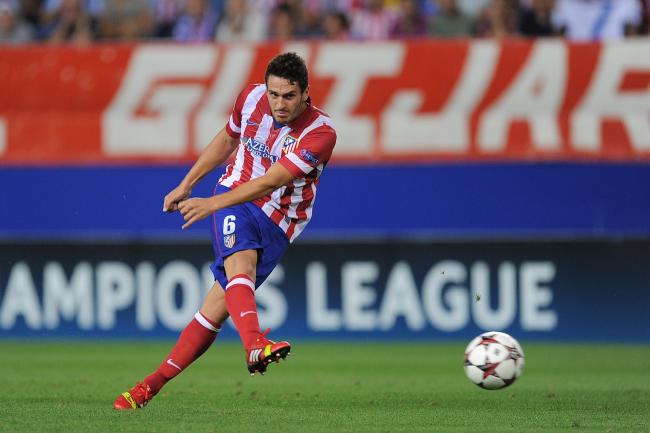 Atletico Madrid winger Jorge Resurreccion Merodio, better known as Koke, came through the youth ranks of his hometown club to the senior team, and eventually made his national team debut for Spain. During his tenure at Madrid, Diego Simeone has developed a strong Spanish side that fights for their success after playing second fiddle to neighbors Real Madrid for a majority of their existence.

In the four years under Simeone’s control, Koke has become the leading player to start on the left wing in Atletico’s 4-4-2 formation. This lineup has led them to win the La Liga title, Copa del Rey, Supercopa de Espana, the Euopa League, and the UEFA Super Cup. Koke's box-to-box playing style makes him an attractive player to many clubs, given his defensive discipline to dive into one on one duels and drop back to his own half when needed.

Koke has been compared to fellow Spanish players David Silva, David Villa and Isco for his incredible work ethic and shinning statistics in La Liga. The Spaniard has combined to create more chances, more assists, and successfully win more tackles than any rival player who plays in a similar position (such as Ivan Rakitic and Luka Modric).

Chelsea and Bayern Munich are reported to have an eye on signing Koke for the 2015/16 season because of his well-rounded abilities up and down the left flank. Mourinho has looked to Atletico Madrid’s rising talent in the past to strengthen his squad, and will most likely tease them again with a generous offer. Also, with the impending departure of Bastian Schweinsteiger from Munich, there will be a huge hole to fill in Germany. 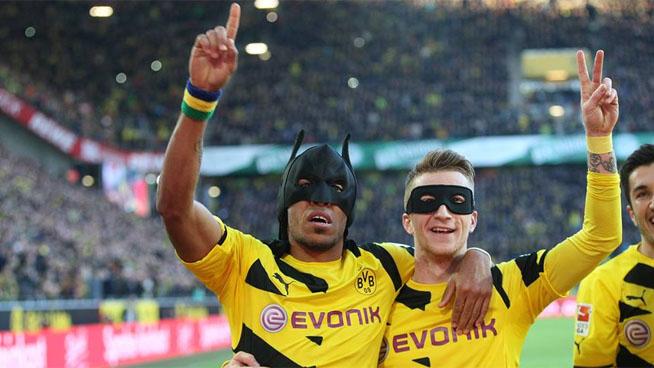 The Gabonese forward of Borussia Dortmund is another key player to keep your eyes on over the summer. After Jurgen Klopp signed him two summers ago from St. Etienne, Aubameyang has exceeded his old manager's expectations of being a 20-goal-a-season striker that Dortmund desperately needed when Lewandoski left. He has been the glue keeping Dortmund together during their last tumultuous season after dropping below the relegation line in the winter months.

His blistering pace makes him a player any manager would want to join their ranks, let alone his exceptional shot accuracy and ability to create chances. He leads Dortmund’s attacking force with the most goals scored during the Bundesliga, as well as creating many chances, only trailing behind Marco Reus and Shinji Kagawa on this front. He more than doubled the goals Marco Reus scored all season.

Bayern Munich is the standout club in the German Bundesliga which can make it difficult for players from other clubs to make a name for themselves. In only two years with BVB, Aubameyang has overcome the giant hurdle that is Bayern Munich in order to become one of the best in the entire league.

Arsene Wenger has announced his interest in signing the Gabonese national player who compares closely to their pre-existing striking force of Olivier Giroud and Danny Welbeck. Even better, Aubameyang’s market value of 19 million Euros makes him more than affordable to mid- and top-table clubs in any league in Europe. 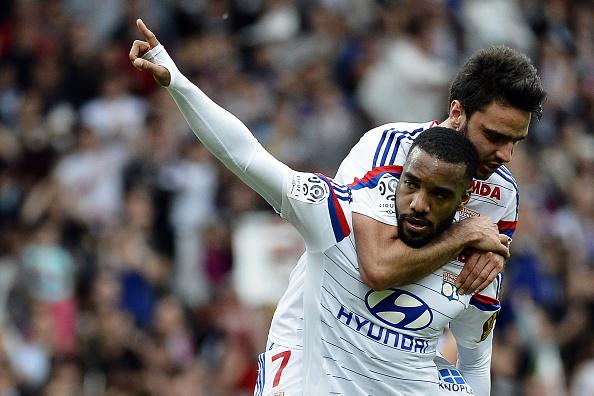 Alexandre Lacazette is the top scoring player in all of Ligue 1. Photo: @WhoScored | Twitter

In France, Ligue 1 runners-up Olympique Lyon have developed a brilliant center forward who will surely be the new Karim Benzema of France in years to come. Alexandre Lacazette is the highest scoring player out of all the players on this list, as well as the top-scorer in Ligue 1. Meaning, he is more deadly in front of goal than Ibrahimovic currently.

Statistics alone speak volumes about the 24 year-old French striker. Only Lionel Messi and Cristiano Ronaldo have scored more than Lacazette in all competitions for their respective clubs. He puts nearly every Premier League forward to shame after scoring 31 goals and 8 assists in 40 appearances across all competitions.

Lacazette’s talent isn’t news to Lyon manager Hubert Fournier. The club has offered the Frenchman a new contract that would make him the highest paid player, an attempt to ward off other clubs' interest in signing him. Manchester United and Liverpool are the closest clubs in connection with Alexandre Lacazette, but, as the summer progresses, his name will be linked with more than two Premier League clubs.

The only concern revolving around Lacazette is his ability to perform outside of France. He has played for Lyon his entire life, from youth to senior, thus making him accustomed to the ways of Ligue 1. Many times players have left their home clubs and countries for higher paid positions, but flopped upon their arrival. At the same time, there's a good chance he could thrive even more than his past season as captain of Olympique Lyon.