Major League Soccer is currently celebrating its 25th season in existence, so now is a great time to celebrate the league's storied history. And the best of its history? The original MLS logos.

Soccer in the 1990s was full of crazy uniforms, audacious logos and wild hair, and no league embodied this more than MLS.

This is why it's such a shame to look at the current MLS logos that are tame, sanitized and devoid of all creativity (and don't even get me started about the cookie-cutter uniforms that look like they were taken straight from the adidas team catalogue every year).

To honor the golden age of MLS creativity, I decided to rank the logos of all 10 MLS sides from that inaugural 1996 season. Enjoy these over-the-top, boisterous logos in all their glory: 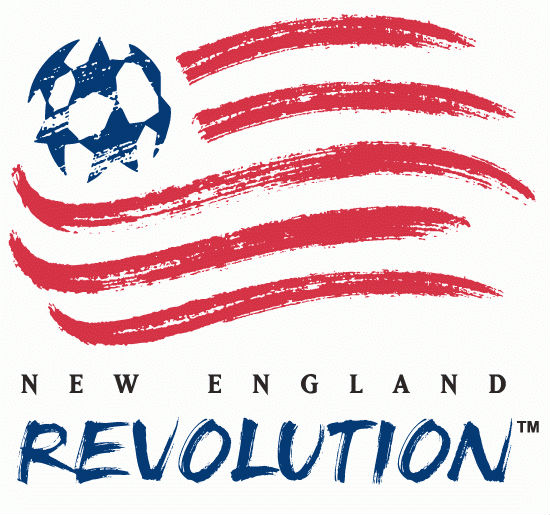 By today's standards of uninspired logos that look like they were created in a corporate boardroom, this one is actually decent. The brush strokes are a creative touch and building off the NFL's New England Patriots was also a good bit of branding. Ranking the Rev's original (it's the current logo too, actually) at 10th is a testament both to the boldness of mid-90s sports logos (which it doesn't quite match) and the complete inability of the modern logo design industry to create intriguing logos. 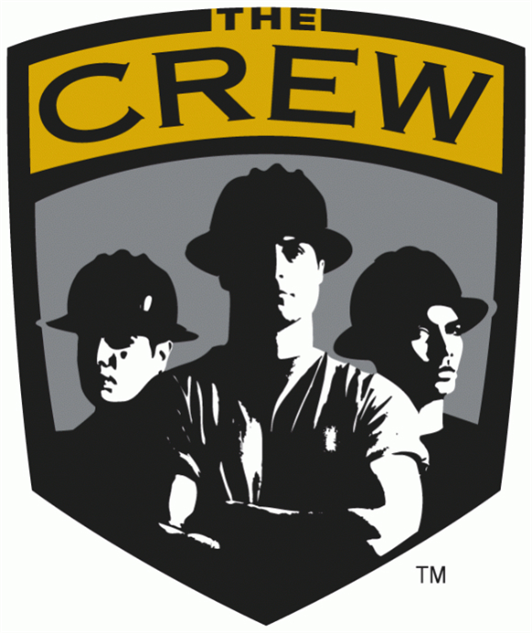 I have a lot of questions about this trio of tough-looking guys. I'm not sure if they're trying to recruit me to join their brick-layer's union or if they're here to inform me that the fire department is launching a full investigation into my actions. It's all a little too realistic, especially by 1996 standards.

To be fair, a very vague name like "The Crew" does put your design team in a bind, but I would think they could do a little better at creating something more concrete than three non-descript working-class stiffs. 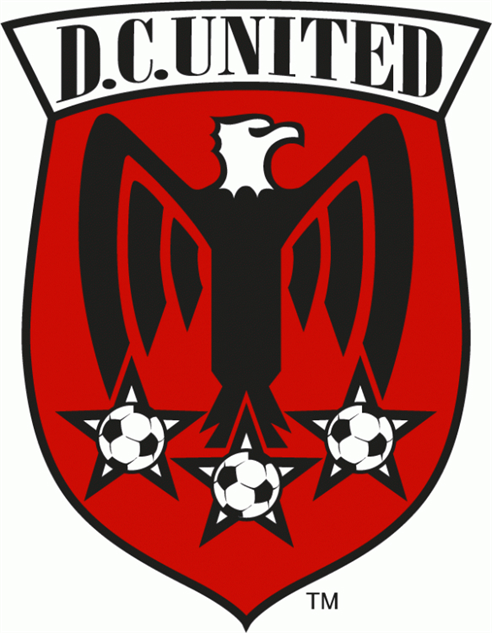 A very standard logo that hasn't changed a ton during the franchise's quarter-century in existence, it just doesn't have the striking features of the other original logos. You can't go wrong with the red-black-white color scheme, and the soccer balls and stars representing the three areas (Washington DC, Virginia and Maryland) that make up the Beltway region is a unique detail. But the bird in the crest motif is a bit overdone at this point and the logo doesn't offer much pizzazz. With the standard set by other logos, this one is simply a bit disappointing. 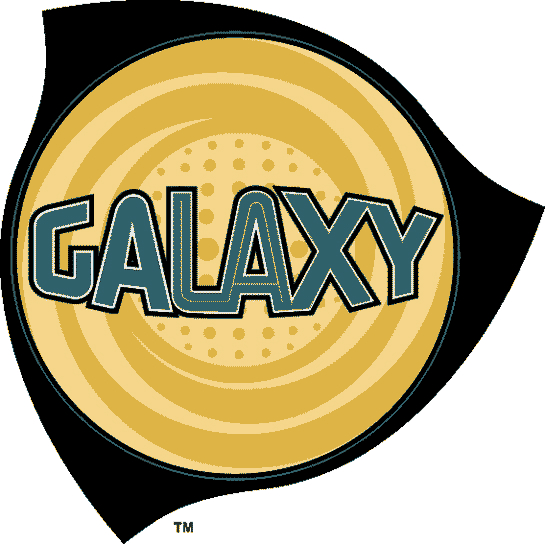 This logo is not quite as eye-popping as some of the other designs, but all the subtle details put together combine for a stylish logo. Using the outline of a galaxy as the shape for the crest is innovative without looking too forced. Usually I'm not a fan of yellow on team logos but using the two subdued shades of yellow to form the inner details of the galaxy is really well done. The green font is also a smart touch that brings the logo together and solidifies it as a neat but impressive design. 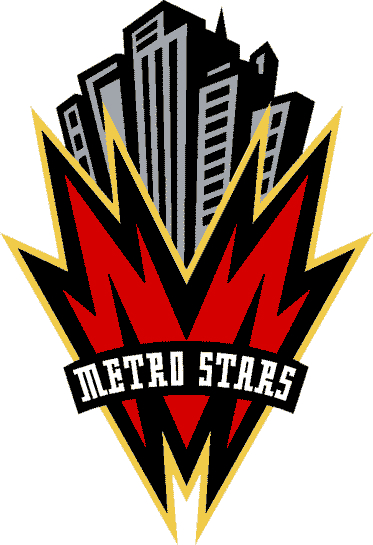 I'm getting some serious Gotham City vibes from this one. The designers of this logo must have binged Batman: The Animated Series (on the air from 1992-95) before creating this logo. But to be fair, it's not bad. The fictional metropolis theme of this logo creates an air of mystique around the team. The art deco buildings are a nice touch that combine well with the bold red "M" in the foreground for a solid logo. 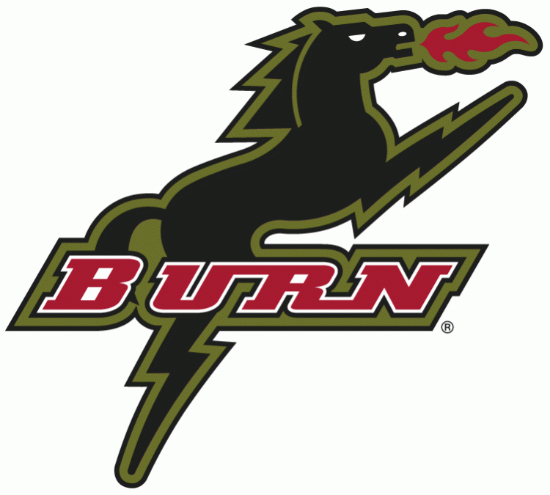 The first time I saw this logo I was very appalled/confused/concerned. Who decided that a horse should be BREATHING FIRE OUT OF ITS MOUTH? But the less the you think about it and the more you appreciate it you realize, how cool is it that a professional soccer team has a logo where a horse is breathing fire out of its mouth? No one would even dream of pulling that off today. Yeah, the colors are a bit weird, especially that goldish-brown outline on the horse (and the two shades of red), but props for Dallas for pulling off a peak 90s logo. 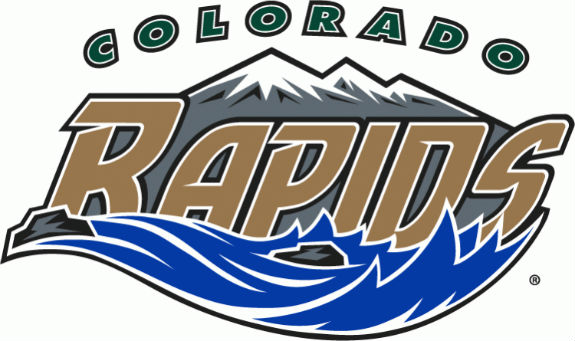 A more realistic design than a horse breathing fire, Colorado put forth a sharp logo that captured an entire state in one scene. The earthy color scheme works really well, but I think it's the attention to detail that really makes this logo come together. The undulations of the water and the rocks protruding the river's surface really giving the sense of harsh, flowing rapids. When coupled with the imposing mountain peaks in the distance, it all makes for an intriguing design that any club would be lucky to have 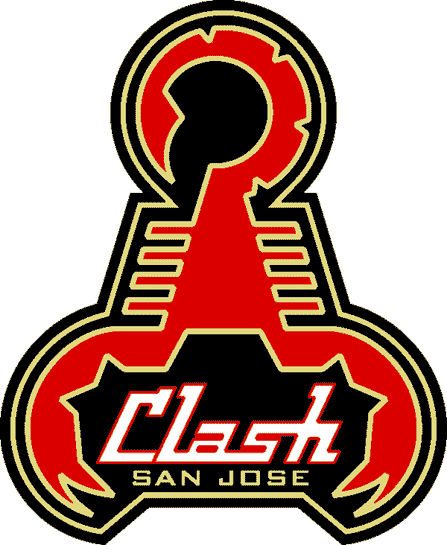 I have no idea what a scorpion has to do with a team named "Clash," but I'm all for it. By all accounts this logo shouldn't work. A scorpion has no business being used as the feature and the outline of a crest. Yet the designers on this one just went for it, and miraculously they pulled it off. This logo is similar to the Dallas Burn crest, but the lighter gold/tan color that outlines the scorpion works a lot better than the darker outline that the Burn logo uses. The aggressive pincers surround the "Clash" font solidify an aggressive design into a great logo. 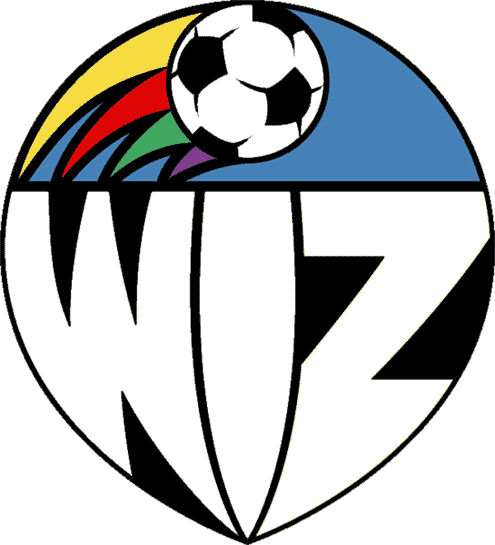 As good as the first eight logos were, these last two were so hard to differentiate from each other because they were head and shoulders above the rest for me.

Kansas City has a relatively understated logo, but in this case, simplicity works in its favor. It manages to be uncomplicated while still having so many little details to feast your eyes on. All of the attention here is focused on the top third of the logo and its absolutely brilliant use of color — I could look at it for days because it's just so visually pleasing — and the soccer ball is like the cherry on top. The black-and-white coloring used in bottom portion also looks really sharp itself, and it provides a platform that allows the top half to be the centerpiece.

The Wiz also had one of the best jerseys in MLS history — a uniform that puts today's adidas team catalogue template kits to shame. The Wiz are definitely the MLS team that suffered the most from a thoroughly disappointing rebranding. 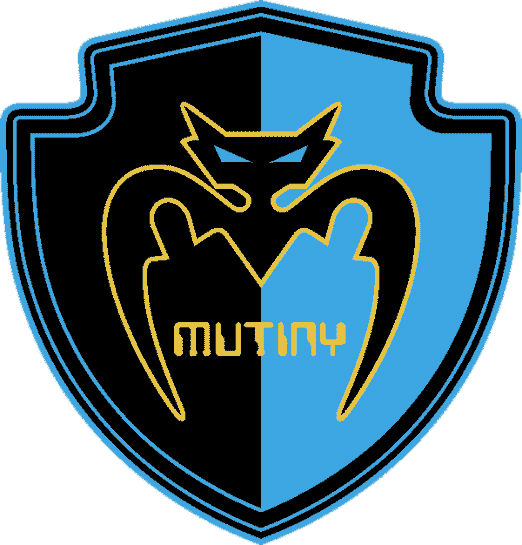 Nothing encompasses the mid-to-late-90s digital era as well as this logo does. The font is straight out of a turn-of-the-century hacker film and the bat looks like some lesser villain you have to defeat in an old 8-bit video game quest. But I love it. It's a bit cheesy. The bat has nothing to do with Mutiny. But that's what makes it so great. The designers didn't stop to think, "Is this a good idea?" Like the San Jose Clash logo, they just went for it. And the outcome was a bold logo that looks better than just about every logo in modern sports.

The color scheme is simply sublime. The light blue and black complement each other perfectly and the yellow provides the perfect contrast to really make the logo pop. And our little digitized villain friend? Genius. It capitalized on the ever-present threat of online hackers who pirate the waves of the world wide web (a modern form of mutiny), all while look menacing and just plain cool. He lurks in the shadows ready to steal the ball and your credit card information. He's also taken the top spot in my rankings of the original MLS logos.