Europe and America's top clubs come to the United States for a pre-season tour across the country. Here is everything you need to know about your favorite teams in America.
Photo: @ggintersport | Twitter

Can’t wait for Eden Hazard to return to Stamford Bridge as reigning champion? Or Lionel Messi to break more records than anyone thought possible? Well look no further, Guinness and the International Champions Cup have you covered from July 'til August with top-flight clubs from multiple leagues battling in North America for the Champions Cup as they prepare for their domestic seasons.

The Gold Cup national teams and Champions Cup clubs will be zig-zagging all over the United States in July as each game is highlighted in a different city. The ten clubs to be featured in this years cup are Chelsea, LA Galaxy, Club America, San Jose Earthquakes, Manchester United, PSG, Barcelona, Benfica, Fiorentina and the New York Red Bulls. On top of the North American tour, AC Milan, Inter Milan, Real Madrid, Manchester City and AS Roma will play between Australia and China in a shorter stint to later combine for the playoffs.

Click here for the full ICC schedule in North America, Australia, and China. 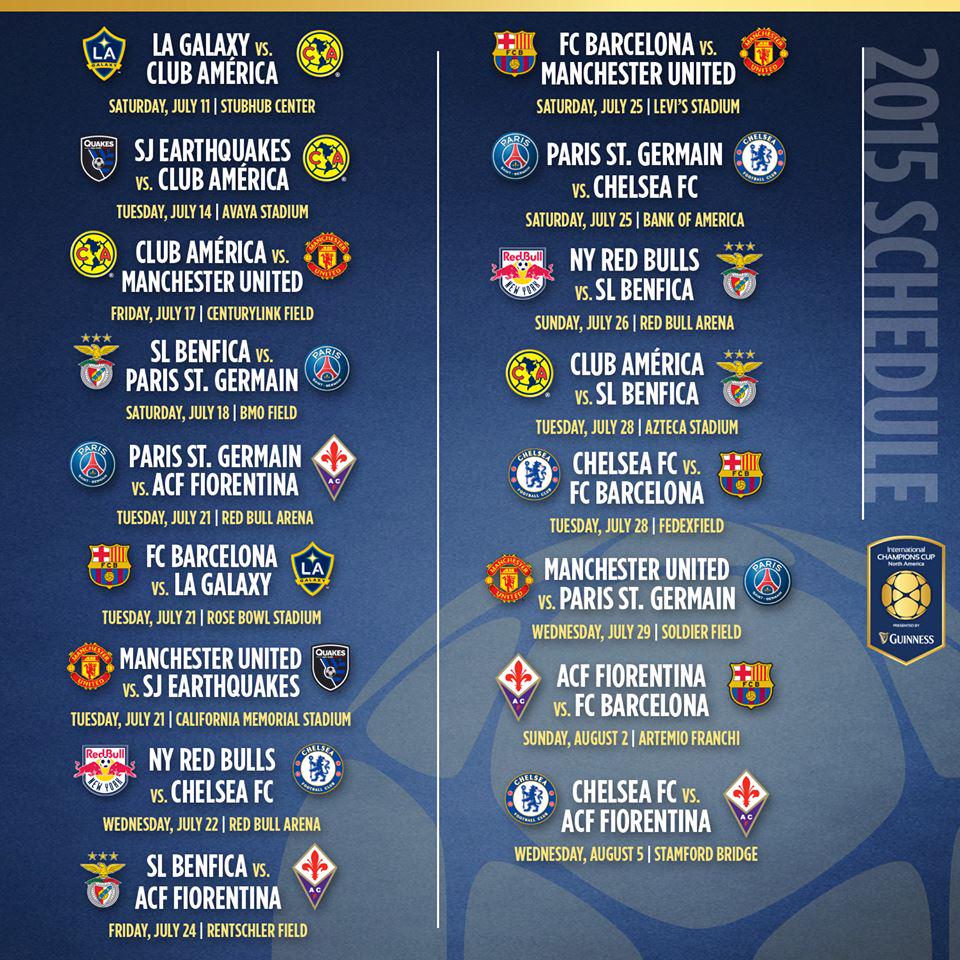 Unlike most pre-season friendlies, a majority of the senior first team players will be featured since there is a trophy at stake for all the clubs participating. Last year Michigan Stadium sold all 109,000 tickets to the public to watch Manchester United beat Real Madrid in a 3-1 victory. United raised the trophy at the end of the tournament in an impressive run during the summer competition.

The first match of the 2015 will kick off July 11 between the LA Galaxy and Club America in Carson, California at the StubHub Center. Steven Gerrard is expected to lead his new club onto the pitch with Ireland captain Robbie Keane and Gyasi Zardes.

Throughout the summer there will be huge match-ups scattered around like Manchester United vs. Barcelona at Levi’s Stadium, the UEFA Champions League rematch between Chelsea and PSG, and Manchester United and PSG facing each other in Chicago. The best part is it will all be televised by FOX and their network partners live. Tune into their online streaming website to catch all of the action.

Lionel Messi, Wayne Rooney, Eden Hazard, Zlatan Ibrahimovic, and Steven Gerrard are only some of the many stars expected to be in attendance of each match. Barcelona and Chelsea are entering as favorites as winners of the whole tournament, but with Manchester United’s impressive run last year, they could give the two league winners a run for their money.

The matches are already beginning to sell out throughout the country and tickets are down to a limited supply. Interested in attending one? Click here for details on how you can attend a once in a lifetime match in America.