Professional soccer players like to have fun on Halloween, just like the rest of us.
Neymar Halloween Costume

Let’s take a look at some of the best and worst costumes from the past couple of years: Ronaldo as a Spaniard:

Alejandro Bedoya with his family as Mario:

Robin van Persie and Rio Ferdinand as a vampire and zombie: 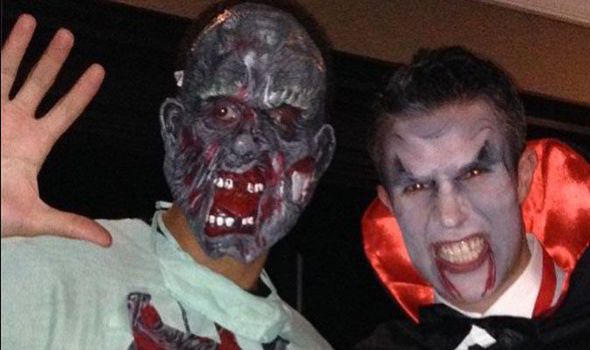 Neymar's photo shoot for an ice-cream company that he did back in 2012.

Neymar as an alien: 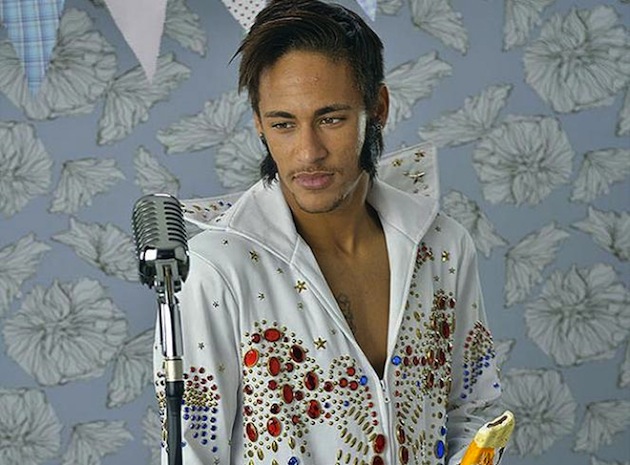