These fan bases have made their stadiums especially intimidating to opposing clubs.
Getty Images

Coming from the Italian word typhu, meaning fever, tifo now refers to "passionate support for a sports team," as sports fandom often consumes the body much like a sickness.

In Italy, supporters suffering from these fanatical delusions are called tifosi, and this illness often takes the form of wild, colorful banners, which we know as "tifos."

Tifos are a year-round venture, but they become especially ingenious around Halloween time, as the banners are able to conjure up images of serial killers, horror movie villains and the undead.

In honor of the upcoming supernatural holiday, we compiled some of the spookiest tifos the soccer world has ever seen. 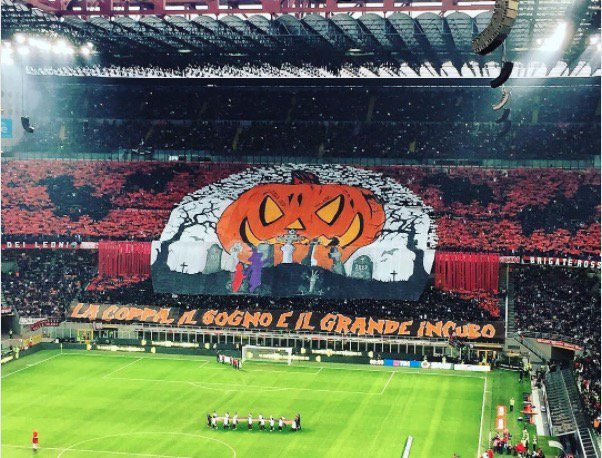 AC Milan doubled down on its tifo action on a pre-Halloween fixture against long-time rival Juventus back in 2017. Not only did I Rossoneri employ a creepy Halloween motif, but they also used its tifo to take a dig at Juve.

The seven tombstones in the graveyard represent Juve's seven Champions League final losses, while the banner below reads: "The Cup, the dream, the great nightmare."

This nefarious activity backfired on Milan though, as they lost to the eventual Serie A champion 2-0. The hosts would finish seventh in the league that year, a distant 31 points behind their regional rivals — although Juventus faltered in the Champions League once again.

The Portland Timbers unveiled a special tifo for the Cascadia Derby in 2016, resurrecting Nightmare on Elm Street villain Freddy Krueger for its fixture against the Seattle Sounders.

Portland didn't stop with the Halloween tifos in 2016; two years later it produced another horror-movie villain for a derby match against the Sounders: blood-thirsty clown Pennywise.

The banner wasn't as effective this time, as the Timbers lost 1-0 to their rivals to the north. Still, the tifo was impressive enough that it was named tifo of the year by MLSsoccer.com's ExtraTime Radio crew 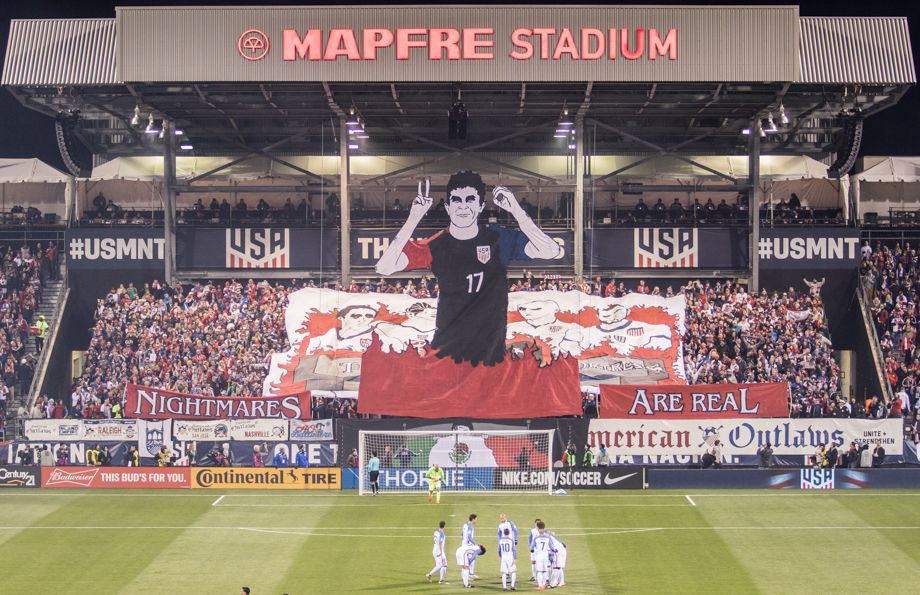 "Nightmares Are Real" reads the text behind Tim Howard ahead of the USMNT's WCQ fixture against Mexico in 2016. This is followed by the rising of demon Christian Pulisic — then just 18 years old with nine international caps to his name.

The demonic aspect is a reference to a Yahoo Sports article that referred to Columbus, Ohio, as a "tiny demonic fortress" when Mexico came to town (that phrase is also present on the banner behind Pulisic).

The Mexican team was the frequent recipient of 2-0 defeats when traveling to the Midwestern state, with the "Dos a Cero" being represented with Pulisic's hands.

But for anyone that was online during the era of flash player games (RIP Adobe Flash Player), Pulisic looks less demonic and more like one of the villains on the popular game Death Penalty Zombie Football. But even evil Pulisic couldn't prevent a 2-1 Mexico victory that evening. 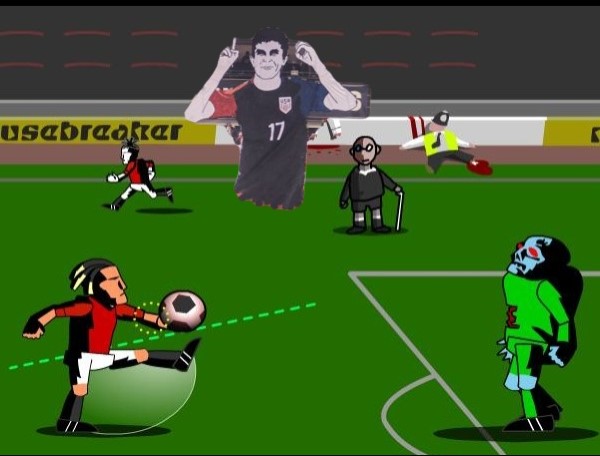 I've never seen the movie Saw. I have no interest in seeing Saw. But I do appreciate a good tifo. And in 2017, FC Magdeburg of the 3. Liga went all out on the creative front when it welcomed Borussia Dortmund for a last-32 match in the DFB Pokal.

The third-tier German side created a tifo depicting Jigsaw from the Saw series with the message: "You Think It's Over Yet The Games Have Just Begun." Just a little intimidating.

Dortmund won the match 5-0, but they will not forget their trip to Magdeburg.