Wambach's Swan Song: Her Last Chance For The World Cup

American forward Abby Wambach has announced that she will retire after the USWNT's campaign in Canada whether they win or lose.
Photo: @AbbyWambach | Twitter

As the American women prepare for their first knockout round match against Colombia, they were met with some sad news from their leading goal scorer.

Wambach will say her final farewells to the United State’s National Team, as well as club soccer altogether, after announcing her retirement last Sunday. At 35 years old, she has a longer list of achievements than most in the sport, man or woman, at both the club and international level. She is the all-time USWNT leading goal scorer with 183 international goals, 25 more than American legend Mia Hamm.

Abby Wambach and Mia Hamm celebrate together while playing in an international match. Photo: @AP_Sports | Twitter

Playing for the national team for nearly fifteen years, her dominance in the air and leadership skills come to life on the pitch. So many of the current players who will continue with the team into the next World Cup in 2019 have spoken out about how important Wambach is to the team. “Abby thrives under pressure, and whenever we have needed her in the past, she has been there. Once this World Cup begins in Canada, she will be there for us again,” said Hope Solo in the days leading up to the first match.

Her desire to become a mother has become a big part in making this decision to retire after the World Cup in Canada no matter how far they make it. As for the summer Olympics in Rio de Janeiro, it is still up in the air whether or not she will put on the number 20 shirt one more time. 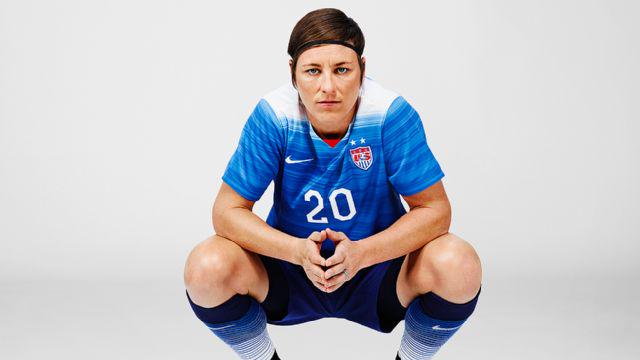 It is very possible for America to go the whole way at the World Cup, breaking the drought, and the nuisance of being compared to the ’99 team who won it at home in the U.S. This would be the cherry on top of Wambach’s career when she hangs up her boots for one last time. It could also be the deciding factor of whether or not she decides to play in Brazil for the Olympics in order to add one more trophy to her collection.

“We do live in a fixed period of time as a professional and our careers are very short. You always have to be very mindful of the fact that it could be over tomorrow” Wambach told the media while looming over the decision of her future.