The Path Of Our Ladies: From College Soccer To The United States National Team

The women's national team has progressed to become one of the most well-rounded squads in history. Their success has been tribute to many steps taken from their youth.
Photo: @SoccerrProblems | Twitter

Women’s World Cup buzz is beginning to take over headlines as the first match of the tournament between Canada and China gets closer. The United States and Germany are favorites, but Japan is expected to give them a run for their money.

Reflecting on the 2014 Men’s World Cup in Brazil, there were many key players to focus on because of their popularity in the general public. But when we move to the women’s tournament, their club play and development is lesser known to the average American supporter. It’s hard to compete with the popularity of European men’s leagues, but that doesn't mean that the development of the USWNT is all that different from the men.

A majority of the USWNT plays for the National Women’s Soccer League, which has only recently picked up momentum since it’s 2013 debut. The 23 women selected to be a part of the USWNT have jumped through many hoops at the collegiate and professional level to earn the spot they have today. They all have likely passed through the US soccer training center, college, and professional clubs on their way to becoming this generation's national team. 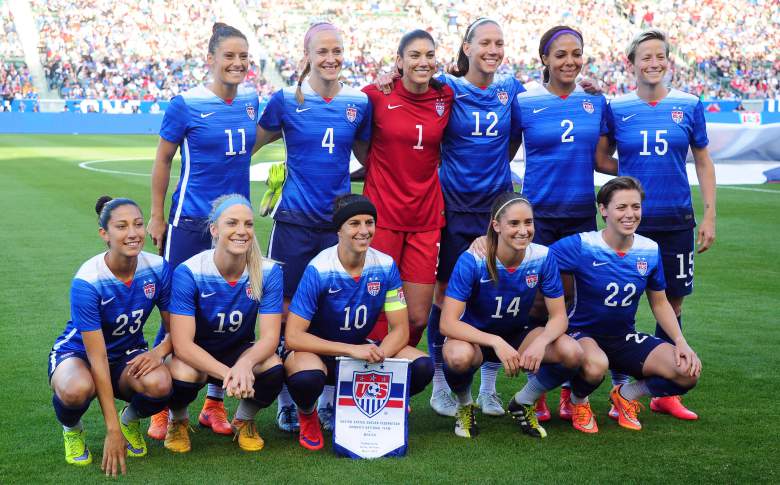 The United States Women's National Team before a match in preparation for the World Cup. Photo: @USWNT_Women | Twitter

With the popularity of soccer rising in the United States, more and more training programs have been created to identify and develop youth players who have high prospectives of joining national team squads. Staff from the national team have conducted training sessions through training center programs across the country in order to encourage youth players to excel and make a name at a young age.

Although the current women’s roster does not feature any prospects from these programs due to it’s recent formation, by the next World Cup we can expect to see more and more players on the team who have come through these academies and development programs. 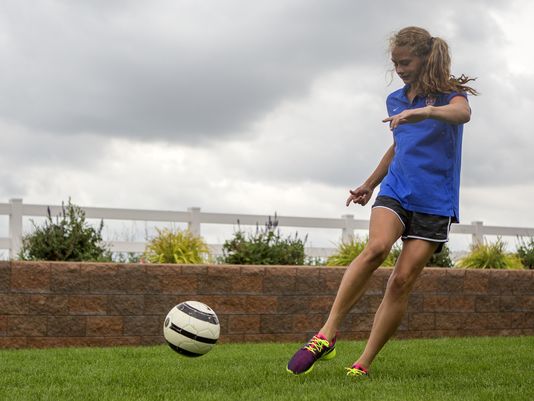 Advancing through the ranks in college and then moving to professional NWSL clubs is the most common route to the USWNT found among its current 23 players. Most can credit their discovery in college to their ability to stand out from the rest and show the leadership qualities that the USWNT expects of its players.

Alex Morgan captained her team for the University of California during her collegiate career before moving on to the professional clubs in women’s leagues across the country. Her senior year at Cal was limited only because of the frequent call ups to the national team, where she played a part in qualifying for the 2011 World Cup.

Stanford and UCLA have developed two duos for current USWNT coah Jillian Ellis’ newest roster that will head to Canada: Kelley O’Hara and Christen Press from Stanford, and Lauren Holiday and Sydney Leroux of UCLA. All of the above are very present in the Pac-12 record books, as O’Hara scored the most goals in a single season, and Press has the highest career goal and assist tally together.

Current Stanford coach Paul Ratcliffe is the most successful coach in the university’s history, winning one national championship and four Pac-12 titles. He has had his foot in both the Stanford and UCLA squads; he served as the assistant manager for the Bears before moving to Stanford.

His dedication to the sport and its players has allowed four of his former players to compete in the 2012 Olympics in London, and six in the 2011 World Cup. An achievement no other coach has been able to accomplish in women’s soccer. 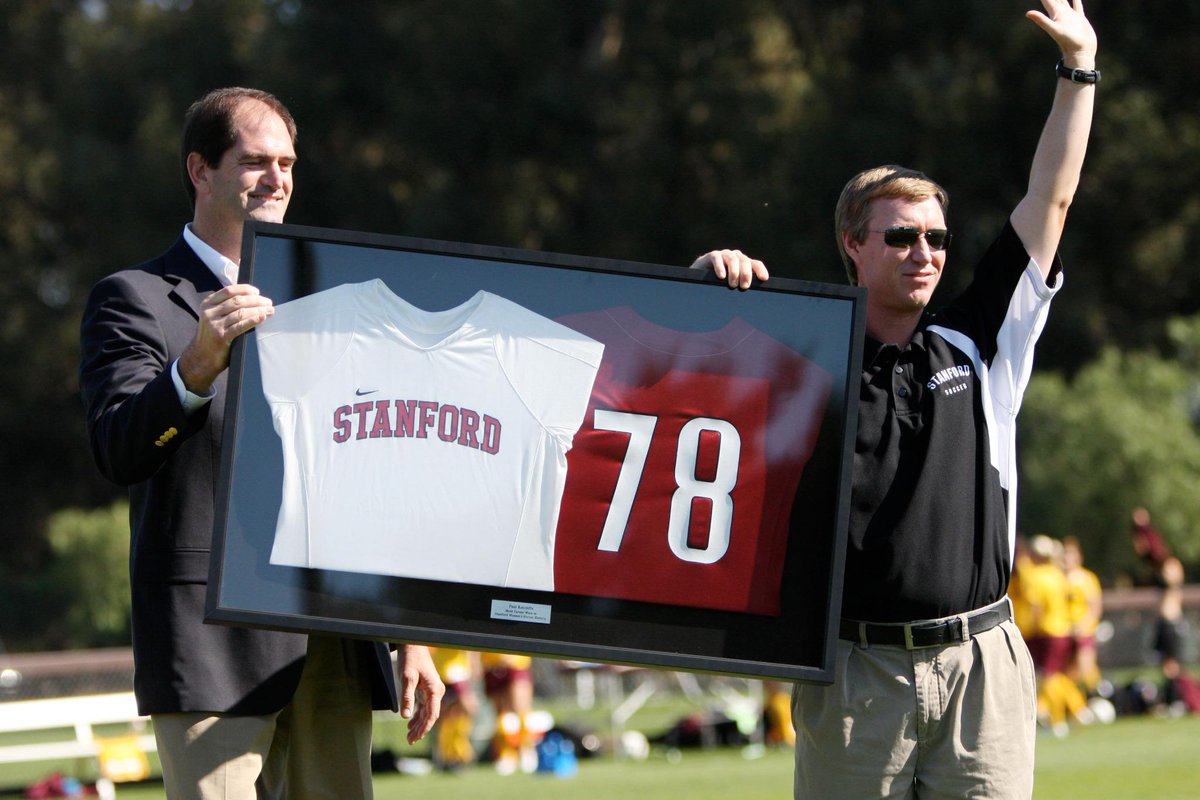 In terms of club play, every player on the USWNT is a part of a professional club in America. They are all, without a doubt, the best in their respective roles while playing for those clubs. Mark Parsons, Washington Spirit head coach, says that with his three USWNT players are “at another level”.

Northwest teams Seattle Reign and Portland Thorns hold the contracts of some of the biggest stars on the USWNT. Hope Solo, Megan Rapinoe, and Abby Wambach (on hiatus until the World Cup finishes) all play for Seattle Reign FC, who are the current NWSL Shield winners in regular season. Statistically, yhis is one the most complete group of women on the USWNT, and they have excelled at both the college and professional level. Wambach alone is the highest scoring national team player, while the Thorns' Alex Morgan holds Portland's record for most goals in a season. 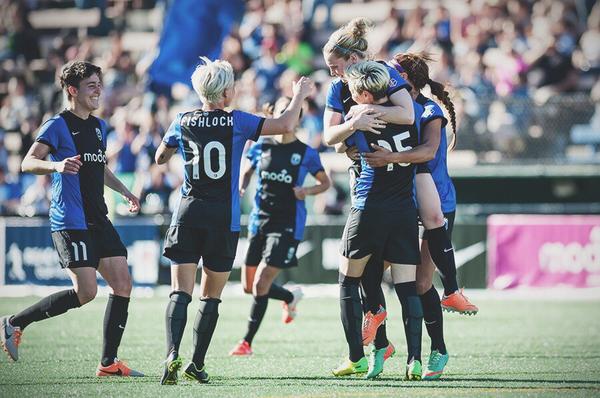 The United States has recently appointed their eighth USWNT head coach, the aforementioned Ellis, to lead its women through Canada in hopes of bringing home a World Cup. Her appointment was no fluke, as she has an impressive resume including youth team Nordic championships and stints as assistant coach of the 2008 and 2012 Olympic teams, who brought home gold both years.

Her long relationship with the team makes her a natural fit to further develop the team and women’s soccer as a whole.

“We are confident she is the best person to find the right combinations on the field to make us successful in World Cup qualifying and beyond. She has experienced first-hand the growth of women’s soccer worldwide and is uniquely positioned to lead our team to an even higher level,” as quoted by the current US Soccer President Sunil Gulati.

The USWNT has toured through the country, making guest appearances on national TV shows like Good Morning America, and have hosted members of all military branches at practices in the weeks leading up to the World Cup. They've done there part, it's time for the fans to do theirs.

Just like the men’s resurgence in soccer over the past five years, the women are becoming a bigger deal every match. With more attention to the NWSL after the cup final, the sport could become even more popular when the women come home from Canada.