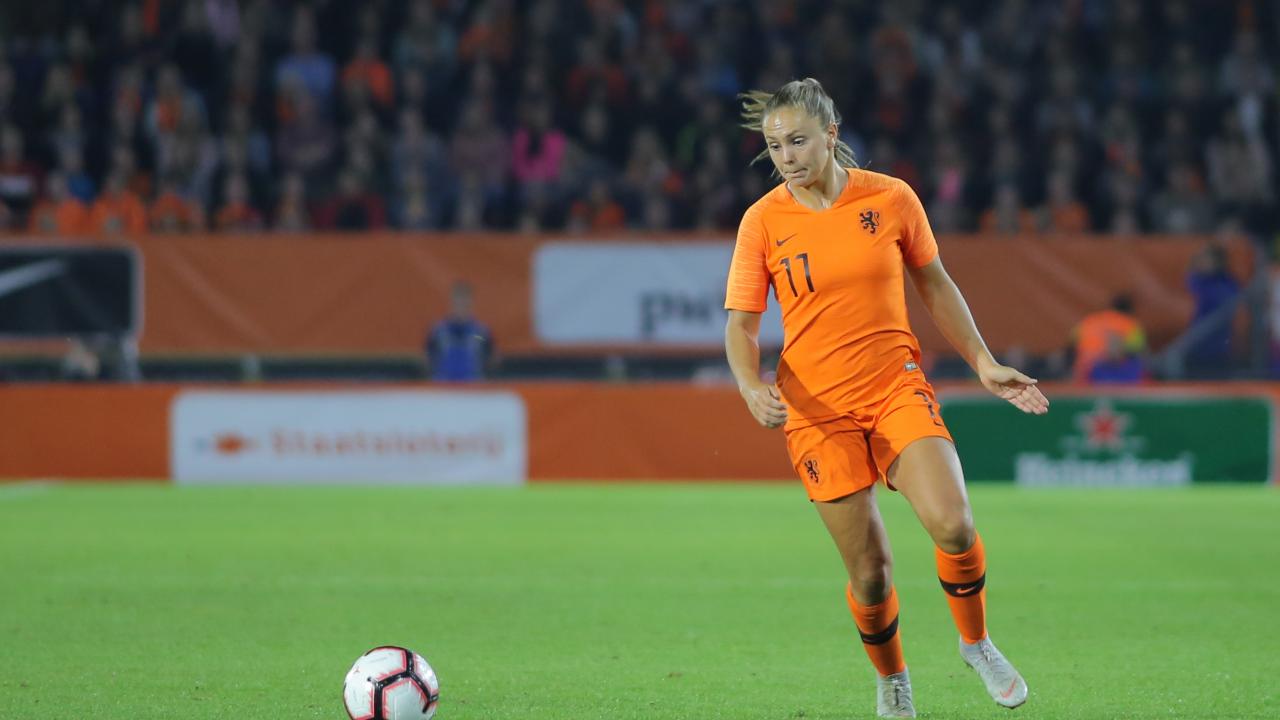 Here are four talents from Group E you'll want to keep an eye on during the Women's World Cup.

When it comes to the greatest international goal scorers of all time, there are two names that immediately jump to mind: Mia Hamm and Abby Wambach.

Abby Wambach passed fellow American Mia Hamm’s record of 158 goals and went on to score 184, a record that stands above all other international goal scorers in the men’s or women’s game.

But both might soon be eclipsed by Canadian powerhouse Christine Sinclair.

Sinclair, who will turn 36 two days after opening the Women’s World Cup against Cameroon, scored her 180th career international goal in a friendly win over England on April 5. Five goals this summer would give her the all-time record.

While Wambach and Hamm are highly acclaimed for their accomplishments, for Sinclair to be anywhere close to those two is arguably far more impressive. While the U.S. regularly has the best team in the world (or at least the top three), Canada most certainly does not, having only made it out of the group stage at the Women’s World Cup two out of six trips.

Sinclair has not had the luxury of playing with the likes of Michelle Akers, Kristine Lilly, Megan Rapinoe and Alex Morgan; she’s had to score her goals while playing on a team that has won just three times against the U.S. women’s national team in nearly 60 tries.

At 36, the powerful forward is likely playing in her fifth and final Women’s World Cup. She’s never scored more than three goals at a World Cup, but with the record in sight and a wide-open Group E, don’t count out Christine Sinclair.

Gaëlle Enganamouit is, perhaps, Cameroon’s most recognizable footballer. Her hat trick against Ecuador at the 2015 Women’s World Cup spurred the Indomitable Lionesses to the Round of 16 and she was named Africa Women’s Footballer of the Year that fall.

Enganamouit, currently with Málaga in Spain but having played in Serbia, Sweden, China and Norway, models her game after former Cameroon legend Samuel Eto’o. A fearless forward who runs like a freight train at defenders, she’s a proven goal scorer at the highest levels.

But what makes Enganamouit so special isn’t just what she brings to Cameroon on the pitch — it’s what she does for her country off it.

In January 2019, Enganamouit opened the Rails Football Academy in Yaounde, Cameroon, the first of its kind in her home country, where soccer is largely viewed as a men’s sport. The academy has 18 players chosen at each age level from 5 to 16.

Enganamouit, who will turn 27 a day before kicking off the Women’s World Cup against Canada, never had formal training growing up. Her academy will give many young girls the opportunities she never had.

Cameroon will be playing in just its second Women’s World Cup this summer, but with Gaëlle Enganamouit’s leadership, expect to see the Indomitable Lionesses become a staple on the global stage.

When New Zealand kicks off its 2019 Women’s World Cup, its fourth straight appearance and fifth overall, Abby Erceg will be among the most experienced members of the team. At 29, she brings in more than 135 caps for the Football Ferns, as the New Zealand women’s team is called, and has played in the National Women’s Soccer League in the U.S. since 2014.

But Erceg, a 29-year-old defender for the North Carolina Courage, almost quit the international game for good back in 2017.

Due to, as she put it, “unfortunate and unfavorable circumstances” within the New Zealand association, Erceg retired from international football in February of 2017. She said New Zealand Football combined rigorous training demands with low pay that made it difficult to make a living wage.

Erceg was taking a stand.

Having played professionally in the U.S., Spain, Australia and Germany, Erceg knew what sort of money could be made available to women’s soccer players, and New Zealand Football wasn’t in line.

After helping the Football Ferns earn a pay raise with a new CBA in 2017, Erceg came out of international retirement for two games in 2018. Erceg quickly retired a second time soon after, this time unhappy with coach Andreas Heraf, who was later fired for having engaged in bullying behavior.

Only in early 2019 did Erceg full commit to returning to the Football Ferns, who are now led by Tom Sermanni, a former U.S. women’s national team coach.

Erceg has had a roller coaster ride heading into her third Women’s World Cup. But the Football Ferns will be glad to have her experience and defensive nous on their side in France, not to mention her willingness to do whatever it takes to improve the status of women’s soccer in New Zealand.

The reigning European champions are not without star power. Anchored by a core of four Arsenal players including star midfielder Daniëlle van de Donk, forward Vivianne Miedema and goalkeeper and captain Sar van Veenendaal, the Oranje are among the elite group of teams capable of winning it all this summer.

Whether or not they can do it will likely come down to their biggest star of all: Lieke Martens.

Wherever the young Martens went, she had a ball with her, always playing either with her brothers or that always-faithful companion known as a wall. Born in the small town of Bergen, she had to play on boys teams until she was 16 simply because there weren’t girls teams around.

Called into the U-19 national team at the age of 15, Martens moved to Amsterdam alone to be a part of the team. She had to grow up fast; learning to cook and do laundry proved especially difficult. But she persevered.

After being the top scorer at the U-19 Euros in 2010, Martens debuted with the senior national team soon after in 2011. Then in 2015, at the age of 22, she scored the Netherlands’ first ever Women’s World Cup goal.

The 26-year-old has played in the Netherlands, Belgium, Germany and Sweden, but she’s really made her mark since joining Barcelona in 2017. Growing up, Martens revered Barcelona maestro Ronaldinho. Now she’s doing many of the same things her idol did for the Blaugrana.

A skilled winger with an eye for goal, she’s got the flair of Ronaldinho with the shot of Ronaldo, a devastating combination that has seen her score goals wherever she goes, including 40 with the Dutch national team.

While Martens has never played for Ajax like her other idol Johan Cruyff, this summer she might be able to do something Cruyff: win a World Cup.