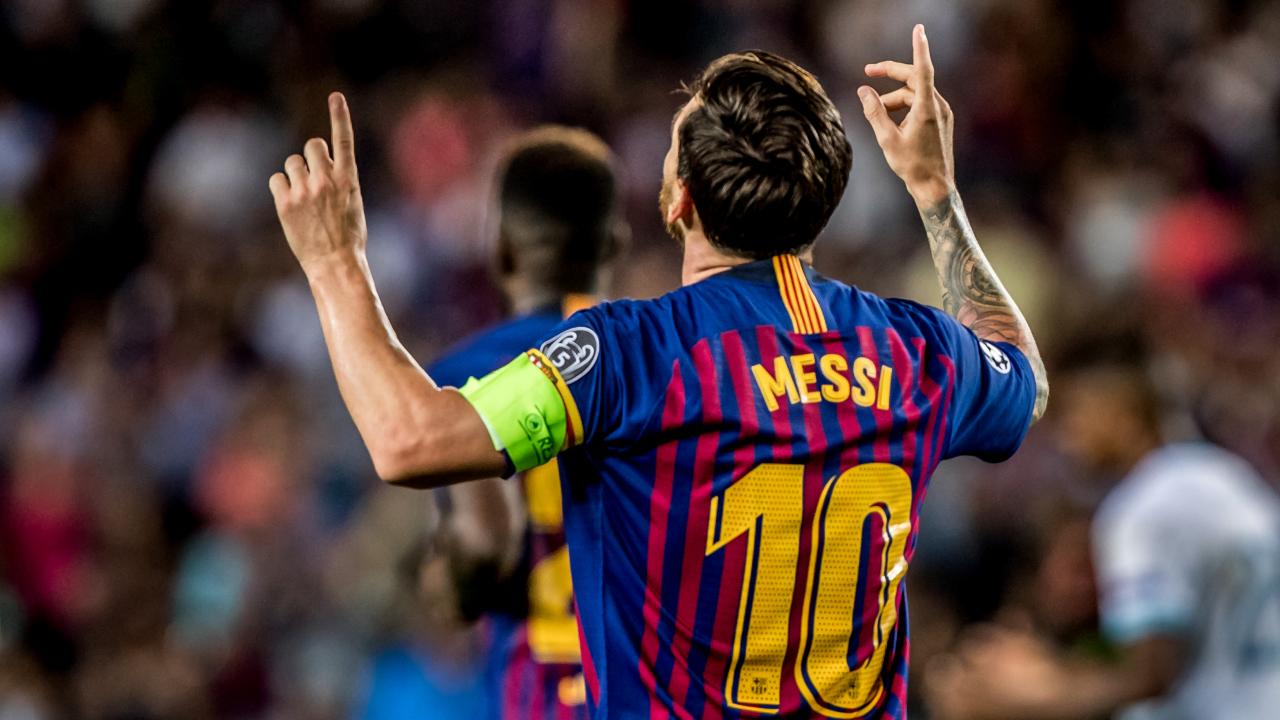 The Best Champions League Moments Of All Time

Not one for the defensive purists, this David vs Goliath encounter secured the legend of this precocious group of Monaco youngsters while also giving us a taste of things to come from Pep Guardiola’s Manchester City.

Two years previously, a semifinal between Liverpool and Chelsea was likened to "sh*t hanging from a stick" by former Real Madrid coach Jorge Valdano, and another bleak affair was expected in the 2009 quarterfinals. But those predictions rang hollow as a resounding 3-1 first leg victory for Chelsea at Anfield was followed by a 4-4 draw at Stamford Bridge, sending Chelsea into the semis, 7-5 on aggregate.

This second leg match will forever be remembered for two reasons: One, Ronnie’s hat-trick inside the first hour effectively booked Real Madrid’s place in the semis. Two, while Real would win 6-5 on aggregate, Manchester United would roar back to win the second leg 4-3 with David Beckham coming off the bench to score two goals 13 minutes apart.

Just how good were Borussia Dortmund at this point? With Jurgen Klopp at the helm and the likes of Robert Lewandowski, Mario Gotze, Marco Reus and Mats Hummels in the starting eleven, the giants of Real were absolutely played off the park by Klopp's entertainers.

Before Lionel Messi, Xavi and Andres Iniesta started running things at Barcelona, the club relied heavily on an OK trio of Ronaldinho, Deco and Samuel Eto’o. This was their crowning achievement together, a hard-earned victory over one of Arsene Wenger’s finest Arsenal sides.

Although the final to come against Bayern Munich is what most people remember, Manchester United’s remarkable comeback against Juventus in the semis was one for the ages.

It’s one of the greatest comebacks AND greatest upsets in Champions League history, the match between Deportivo Coruna and AC Milan had it all. Milan had thumped Deportivo 4-1 in the first leg at the San Siro with goals from Kaka, Andriy Shevchenko and Andrea Pirlo. The second leg in Galicia seemed like a formality, but an early goal from Deportivo’s Walter Pandiani in the fifth minute triggered an Italian armageddon.

Early strikes from Paul Pogba and Juan Cuadrado stunned the 70,000 in attendance, and with over 70 minutes gone and Juve still holding their two-goal advantage, all seemed lost in Bavaria. Robert Lewandowski cut the deficit to one in the 73rd minute, but Juve’s vaunted rearguard prevented the equalizer until the death, when Thomas Muller added another vital goal to send the match into extra time. Juve were stunned, and goals from Thiago and Kingsley Coman in the second period of extra time sent the Germans through to the quarterfinals.

After a 0-0 draw in the first leg, Chelsea got off to a dream start with Michael Essien absolutely blasting one from 20 yards out. From then until the 93rd minute, Chelsea felt they had four separate penalty appeals wrongly waved off. That would come back to haunt the Blues as Iniesta struck gold at the death with Barcelona’s only shot on target.

Joaquin gave Malaga a shock lead in the 25th minute, but Robert Lewandowski restored parity just before halftime. In the 82nd minute, Portuguese winger Eliseu put Malaga up one goal. At this point, nothing short of two goals would reverse the tie for Dortmund, and the first didn’t even arrive until the first minute of stoppage time. Marco Reus gave Dortmund hope, and then Malaga tragically collapsed only two minutes later as Felipe Santana snatched victory from the jaws of defeat for BVB. Malaga have yet to recover. They haven't been in the Champions League since.

Munich’s defense at Camp Nou was sent rocking by Messi’s long-range drive in the 77th minute, and then the Argentinian wizard broke the internet and Jerome Boateng with his iconic golazo in the 80th. By the time Bayern could see straight, Neymar had added Barca’s third and the Blaugrana where well on their way to the final in Berlin.

Chelsea really had no business at this stage of the tournament, and everyone seemed to finally accept that…except the Chelsea players. Just before halftime, Ramires restored Chelsea’s advantage on away goals. However, with a full 45 still to play, things weren’t even close to being settled. But Chelsea stood firm, and the English club’s stunning victory was confirmed when Fernando Torres was sent racing through on goal in the 92nd minute. His finish promptly provided one of the greatest goal calls of all-time. Take it away, Gary Neville.

Ignore the final scoreline. It doesn’t do justice to the dramatics of this match and the effort put forth by Diego Simeone’s Atletico. The victory resulted in Real’s much coveted 10th European crown, but they were made to suffer for it.

According to Manchester United manager Sir Alex Ferguson, this was the best team he ever faced. If you watched this final, you’d have to agree. Lionel Messi was simply at his best, turning in a performance for the ages, but United just couldn’t get close to the intricate passing, movement and possession generated by the midfield trio of Andres Iniesta, Sergio Busquets and Xavi.

After shocking both Napoli and Barcelona in the knockout rounds, Chelsea’s ragtag group of diehards, under the direction of interim boss Roberto Di Matteo, approached Bayern Munich in the final as massive underdogs. Thomas Muller gave Bayern the lead in the 83rd minute, but then Didier Drogba happened. The Ivorian buried a gorgeous header in the 88th and then sealed the deal in penalties, giving London their first UCL trophy.

The greatest comeback in Champions League history and one of the greatest in all of sports. Barcelona’s ridiculous recovery after a 4-0 first leg defeat will probably never be repeated again. Barca still needed three, count it THREE goals as the clock entered the 88th minute. Neymar duly provided with a stunning free kick, capitalized a controversial penalty earned by Lucho Suarez and served up an assist for Sergi Roberto’s gobstopping winner in the fifth minute of stoppage time.

Trailing 1-0 as the clock entered three minutes of injury time, Manchester United was done and dusted. With Peter Schmeichel coming up for a corner kick, United were acting out of sheer desperation when the chaotic set piece resulted in Teddy Sheringham grabbing a 91st minute equalizer. With extra time now looking a certainty, United super sub Ole Gunnar Solskjaer got on the end of another corner to earn a miraculous victory for the Red Devils. Bayern were left absolutely devastated.

The greatest game ever played. From Steven Gerrard’s remarkable embodiment of leadership to Jerzy Dudek’s unbelievable double save on Andriy Shevchenko in extra time and subsequent penalty antics, this match was simply an all-timer. No more words needed.