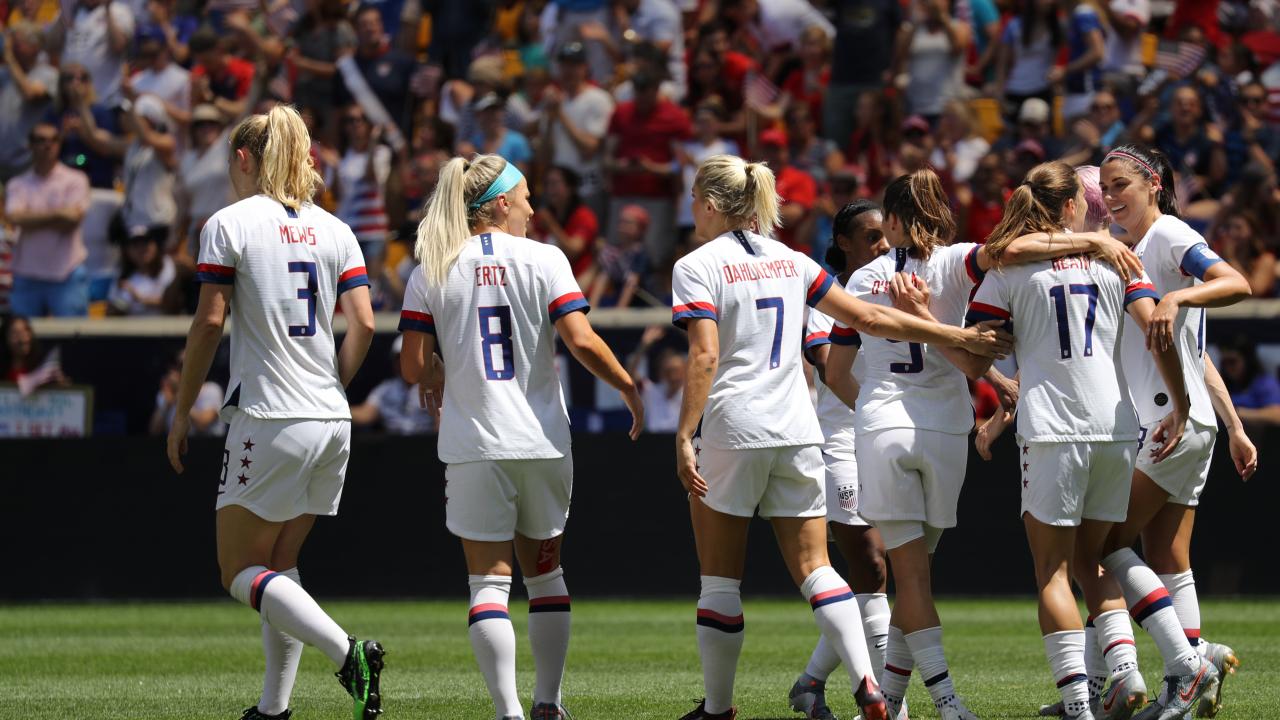 I bet you've never heard of #3 on this list.

Of the eight World Cup groups, the one judged to be the most difficult. Think Germany, Portugal, USA and Ghana in 2014.

Taking the ball from an opponent using your feet. Can also be a slide tackle — a favorite of the mad lads.

When play is stopped and the ball is not moving. A dead ball situation is a set piece (corner, free kick, penalty).

The player is offside, not “offsides”. Remember that or you're going to have a terrible time at the pub.

A player scoring two goals in one match.

Better than a goal — a great goal.

Putting the ball through a defender’s legs. The ultimate humiliation.

Making an appearance for your national team. You collect caps, but not in the way that 50 Cent did.

Diving, flopping, trying to con the referee. Being a total prick.

The time added before half and before the final whistle to account for stoppages in play (goal celebrations, injuries, substitutions, etc.). The clock doesn't stop, but in a special sort of way, it does!

A team with the potential to become the tournament’s Cinderella story. The overlooked underdogs.

A penalty kick technique in which the taker delicately lobs the ball right down the middle, devilishly deceiving the goalkeeper. Think Zinedine Zidane in the 2006 World Cup Final.

The cat who jumps off the bench in the 80th minute to score a vital goal.