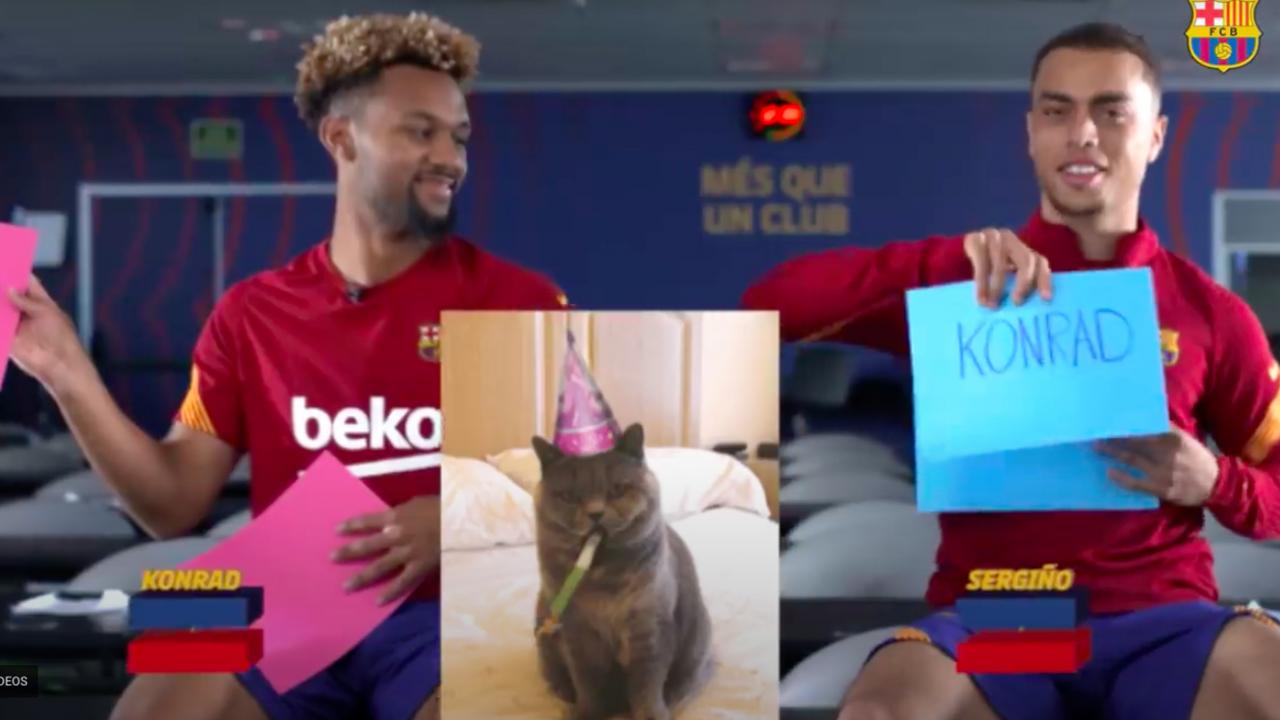 Time waits for no one at FC Barcelona, but there’s a feeling in Catalonia that this squad — the club’s youngest in the last decade — has an incredibly promising core of young talent centered around the likes of Ansu Fati, Francisco Trincão and Sergiño Dest.

Another player that doesn’t technically factor into that average age because he’s not officially a part of the senior setup (although he’s definitely knocking on the door) is Dest’s American compatriot Konrad de la Fuente. Although Dest just arrived at Barça in October, the duo’s history goes back to their days in the U.S. youth setup, including a quarterfinal run at the 2019 FIFA U-20 World Cup.

In many ways they are already like an old married couple but one that enjoys the word “bro” a lot more. Barcelona’s YouTube channel sees this and exploits it with this game of “MOST LIKELY TO.”

This isn’t the first time the duo’s been featured on the channel. They also played a version of “NEVER HAVE I EVER,” so we can either thank Barça for bringing our boys together or blame them if they eventually can’t stand the sight of each other.