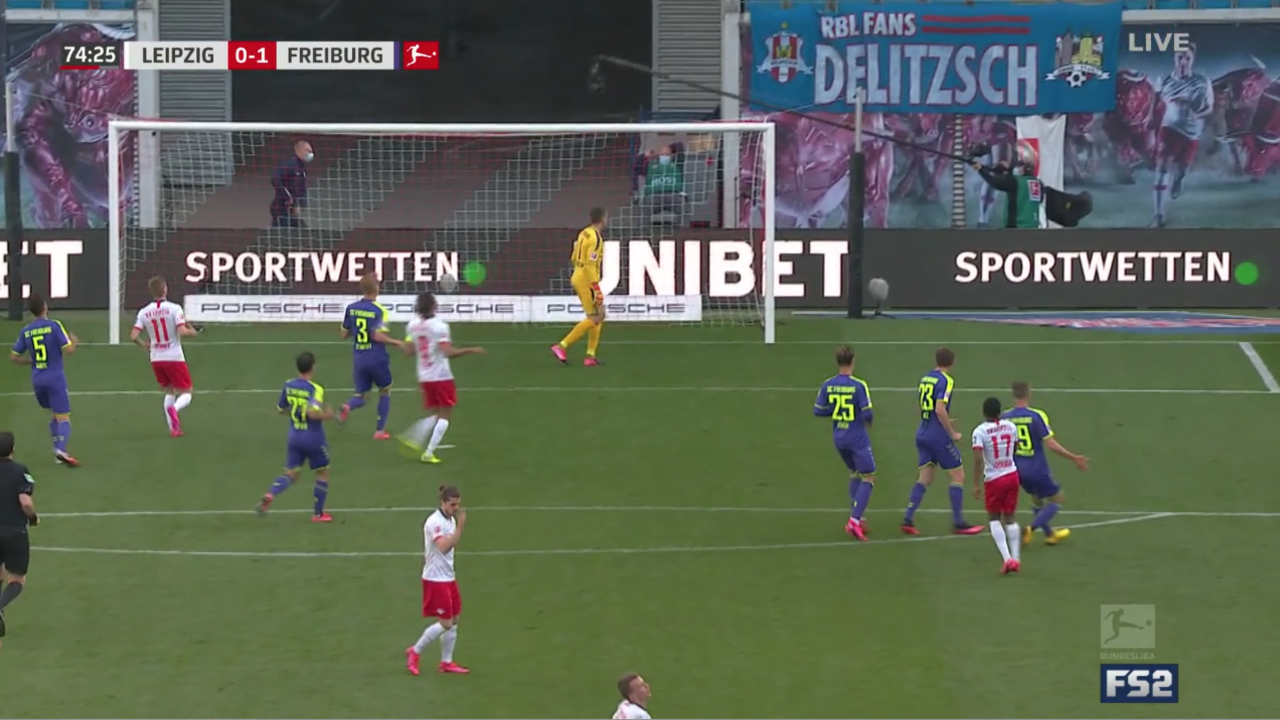 Even With The Stadium Empty, Errant Shot Pegs Someone In The Head

Are you ready for some football?

As the Bundesliga resumed play on Saturday, one poor cameraman sure wasn’t.

RB Leipzig and SC Freiburg played to a 1-1- draw at Red Bull Arena on Saturday. The single point left Leipzig four points back of league-leading Bayern Munich and three back of second-place Borussia Dortmund, which whipped rival Schalke 4-0 on Saturday.

Aside from Erling Håland’s wonderfully bizarre socially distanced celebration, the oddest highlight of the early matches in the Bundesliga came from Leipzig sub Ademola Lookman, albeit inadvertently.

The English winger had a go from distance in the second half and despite playing in a nearly completely empty stadium, his errant effort still pegged someone in the head. Lookman’s long-range shot careened off a cameraman’s noggin.

The cameraman needed some assistance on the sideline after the pacey strike hit him unawares. We do hope he’s OK, as no one wants to go to a hospital right now if it’s not totally necessary.

The announcer in the above video cruelly laughed at the man’s misfortune while on FS2 the announcers were completely oblivious to the painful-looking mishap.

Fortunately, there were some real soccer highlights from the match.

Yussuf Poulsen equalized in the 77th minute by rising well with a strong header.