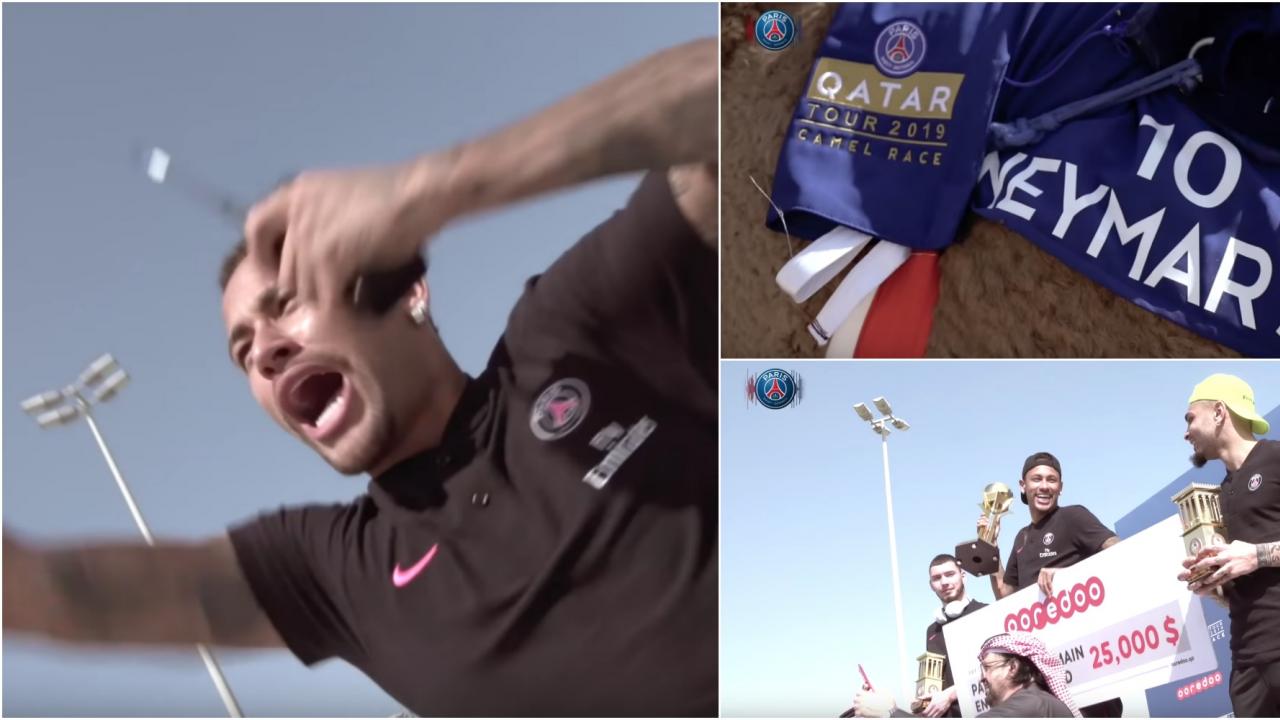 While most clubs across continental Europe have returned from their winter sojourns to warmer climes, Paris Saint-Germain has been in Doha this week for its Qatar Tour 2019.

Given the club’s Qatari ownership, it’s no surprise the club would visit the small but wealthy country, providing plenty of weird interview opportunities where Neymar can tell everyone that 18-year-old American Tim Weah will be the next great striker.

But aside from an “intense week of training” (per the club’s website), the PSG players also found time to take part in what we're told is a traditional camel race on Wednesday. We’re not sure whose tradition this is, but we love it all the same.

The race featured 13 camels on a 4-kilometer track, with the dromedaries reaching speeds of up to 25 mph. There were two heats so everyone could participate.

And by participate, we mean yell at the poor animals.

Because PSG would never let its prized assets actually get on camels and risk injury, all of the players (and head coach Thomas Tuchel) controlled the camels by — and we shit you not — walkie-talkie.

The players all hopped into SUVs to travel alongside the camels as they ran down the track, whispering sweet nothings into their respective humped racers.

Just your everyday, normal #CamelRace with the PSG squad #QatarTour

In the end, Neymar and Tuchel won the two races.

The coach clearly took it all very seriously.

"I can't reveal my technique to win this race; I know that my victory is hard for the players to accept... but it was an extremely tactical challenge,” Tuchel said. “The most important thing was to win, I had to be ready to step up to the plate and set an example.”

In other words: I’m the boss around here you little prima donnas, so you better listen to me because I’m the best walkie-talkie camel whisperer around!

Neymar, on the other hand, was just happy to beat Dani Alves.

“Dani finished third and I finished first,” Neymar said. “I won! I won!"

For winning, Neymar and Tuchel were both given giant checks from one of the club's sponsors. The money was then immediately donated to PSG's endowment fund. So, good job, although it's unclear if they received $25,000 as it said on the checks or €25,000 as the PSG website claimed. (But hey, what's a few thousand dollars to a club as rich as PSG?)

PSG returns to France on Thursday and resumes Ligue 1 play on Saturday with a home match against Guingamp. Considering PSG has a 13-point lead with two games in hand, Tuchel could probably field a few camels against Guingamp and still keep his job.

I should clarify, so my buddy Aziz in Morocco doesn’t get mad at me again, that these camels are indeed dromedaries, the most prevalent type of camel, as opposed to the Bactrian camel, the two-humped fellows. Technically they’re all camels, but hey, the more you know!