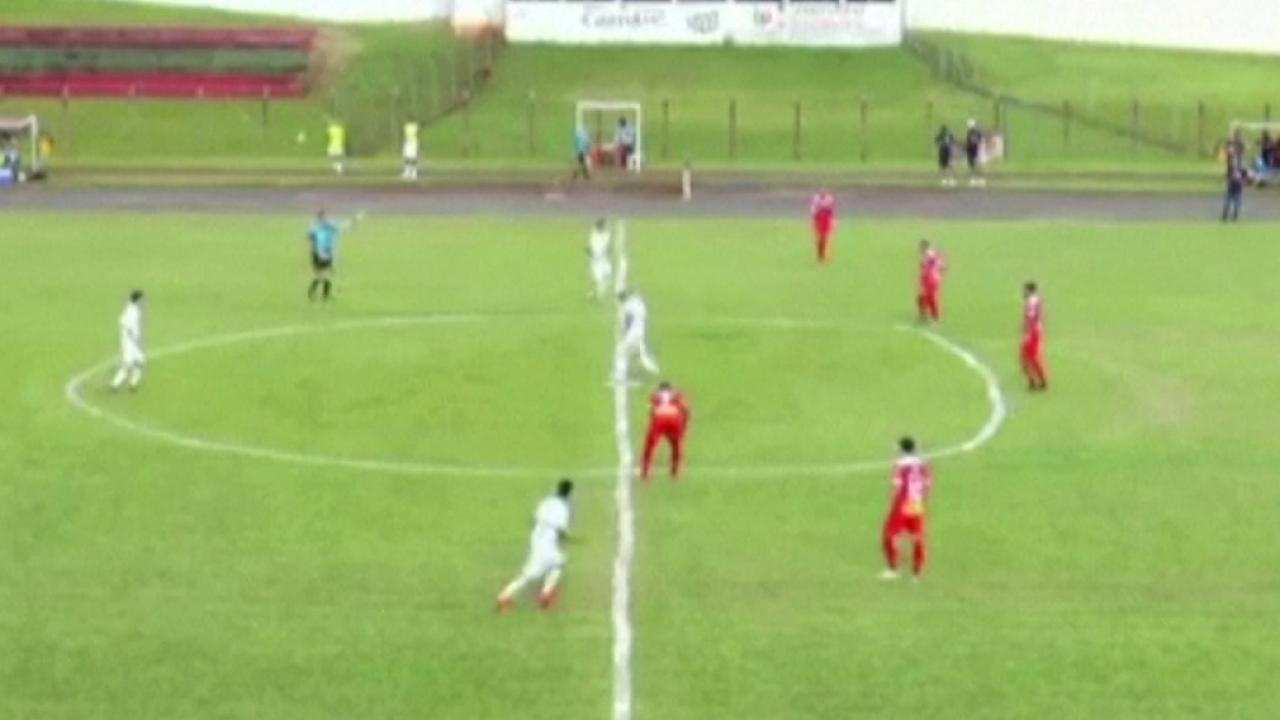 This misshapen centre circle on a Brazilian soccer pitch was an unexpected surprise for local clubs.

But irregularities at the Jose Garbelini Stadium were not only limited to the centre circle. Clear deviations could also be seen in the halfway line as well.

The match between local clubs Cambe and Paranavai in the third division series in the southern Brazilian state of Parana went on despite the curiously shaped ring with referee Wagner Malveiro Silva noting "defective" line markings and a centre circle that did not fit "standards".

Brazil's Globo Sports reported the stadium is owned by the city, but that the line markings are the responsibility of the clubs.

Hosts Cambe reportedly chalked the irregular lines up to the mistake of a local groundskeeper and assured the markings would be redrawn to standards in the coming days.