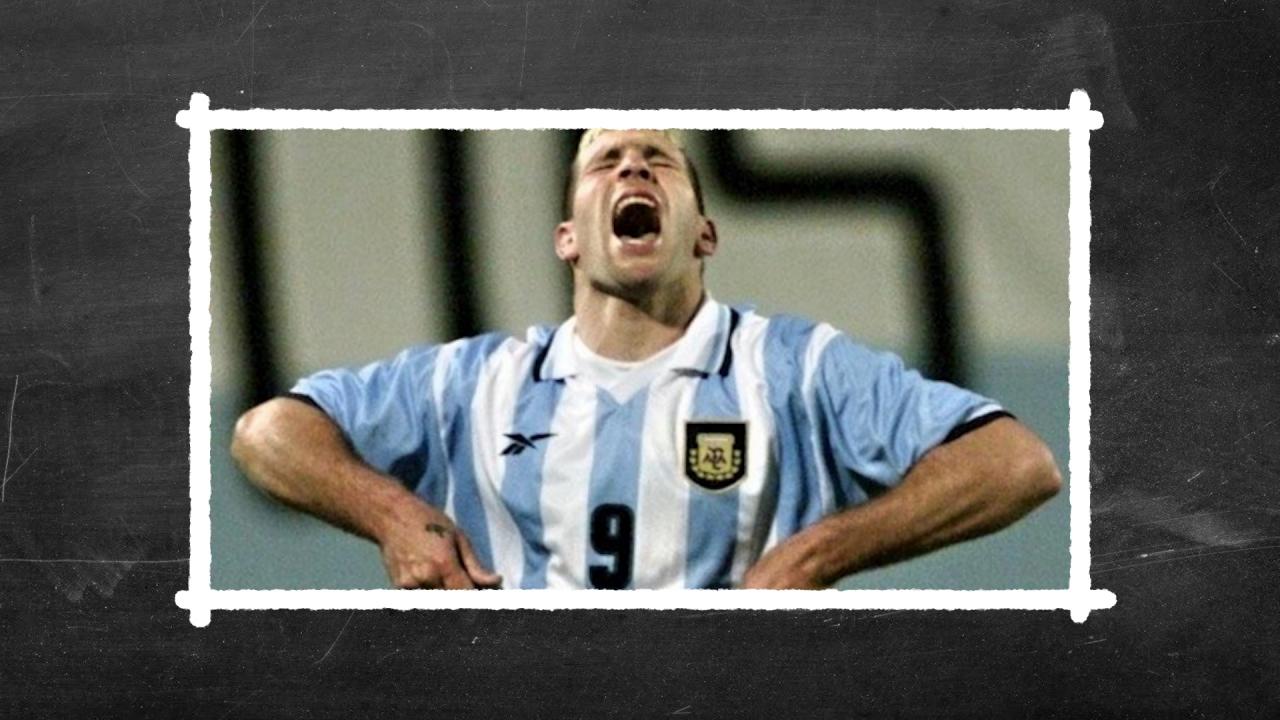 The Most Penalties Awarded In A Single International Match

This is one record you don't want to be known for holding.

The 2018 World Cup set the record for most penalties awarded, scored and even saved thanks to the introduction of VAR.

But the record for the most penalties awarded in a single international tournament match was set long before video assistant referees helped spot infringements in the box.

The 1999 Copa America was memorable for many reasons. Mexico reached the semifinals, Uruguay made it to the final despite winning just one match and Brazil was magnificent throughout, winning the tournament with the likes of Rivaldo, Ronaldo and Ronaldinho leading the way.

Argentina, meanwhile, will remember the tournament a bit differently.

La Albiceleste were knocked out in the quarterfinals by Brazil but the warning signs were there early on that this would not be a great Copa America for the 14-time winners, even with the likes of Juan Román Riquelme, Walter Samuel, Javier Zanetti, Diego Simeone and Guillermo Barros Schelotto on the team. Case in point: the group-stage match against Colombia.

The match would go down in history as having the most penalty kicks awarded in a major international tournament.

Paraguayan referee Ubaldo Aquino pointed to the spot five times on July 4, 1999, awarding two penalty kicks to Colombia and three to Argentina. Colombia made one of two while Argentina missed all three — all by the same player.

Ivan Córdoba was the only player to convert a penalty kick that day, scoring the eventual winner in the 10th minute. His teammate, Hámilton, had a penalty kick saved by Germán Burgos early in the second half.

The rest of the PKs were missed by one Martín Palermo, who effectively ended his international career that fateful day.

In 1999, Palermo was a 25-year-old Boca Juniors striker, and a prolific one at that, eventually retiring as the club’s all-time leading scorer. Palermo had scored twice in a 3-1 win over Ecuador to open the Copa America and he’d add another goal later in the tournament.

Palermo’s first miss came in the fifth minute, skimming off the crossbar to prevent Argentina from taking an early lead. The left-footer’s second came in the 76th minute, sending his shot over the target for what would have been an equalizer. And finally, with the match all but out of reach at 3-0, Palermo hit the target, only to be denied by goalie Miguel Calero.

Colombia went on to win the group ahead of Argentina, but only Uruguay, which lost to both Argentina and Colombia, advanced past the quarterfinals, reaching the final by winning two penalty kick shootouts without missing a kick, something Martín Palermo could learn from.