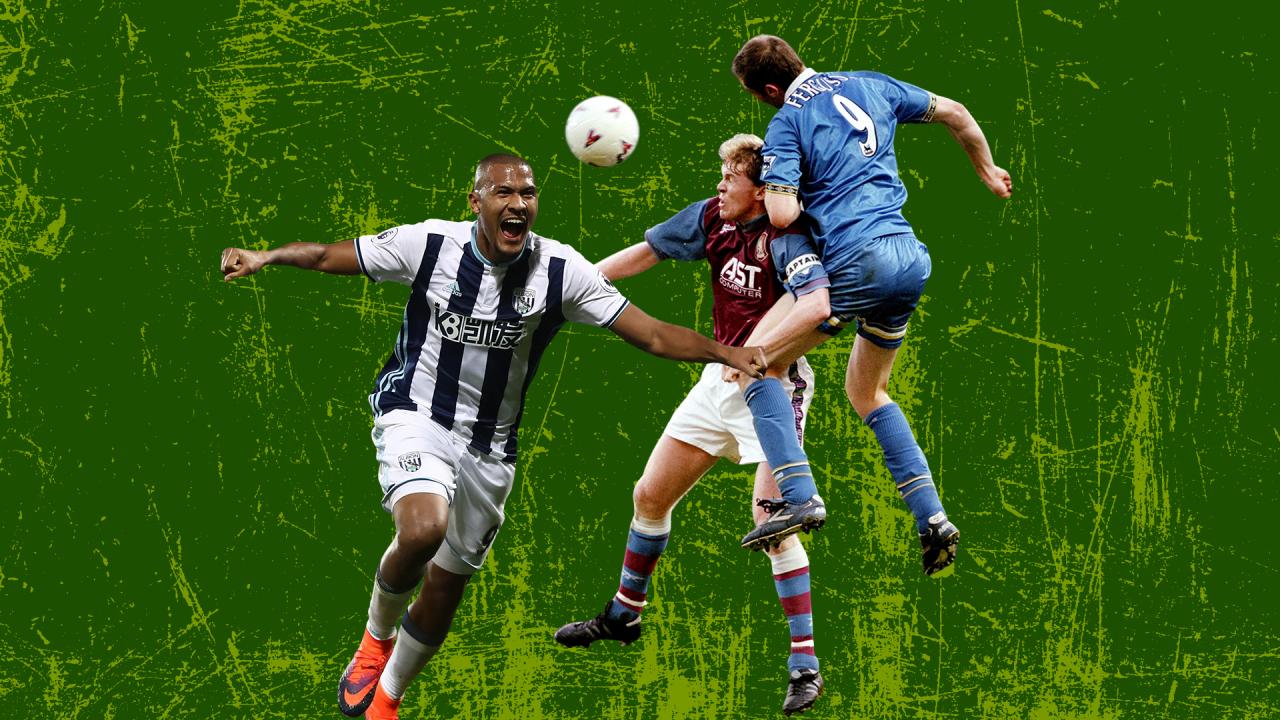 The Most Header Hat Tricks In Premier League History

Hat tricks are hard enough, now imagine scoring one all with headers!

A hat trick, or scoring three goals in a match, is as old as the game of soccer itself. The first international hat trick was scored by a Scotsman in 1878. American Bert Patenaude netted the first-ever World Cup hat trick in 1930.

But in the history of the English Premier League, just two players have ever scored hat tricks entirely with their heads.

The first all-header hat trick in Premier League history came on December 28, 1997. Everton’s Duncan Ferguson scored all three of his team’s goals — only with his head. The final goal was a late winner to beat Bolton 3-2.

The 97-98 season was Ferguson’s best, thanks in part to that hat trick.

In 2016, it happened again, the most devastating 13 minutes of heading in the history of the league. Salomón Rondón tallied his only Premier League hat trick in a 13-minute span, all with his noggin.

Rondón scored his first in the 50th off a whipped-in free kick. 10 minutes later, the West Brom striker was left open at the back post to power in a looping cross. Less than three minutes after that, the Venezuelan scored a nearly identical goal en route to a 3-1 victory over Swansea City.

A hat trick is a glorious sight for any striker. Only Sergio Aguero and Alan Shearer have scored more than 10 Premier League hat tricks. But while Duncan Ferguson and Salomón Rondón may only have one EPL hat trick to their names, they’re the only ones to have done it with their heads.