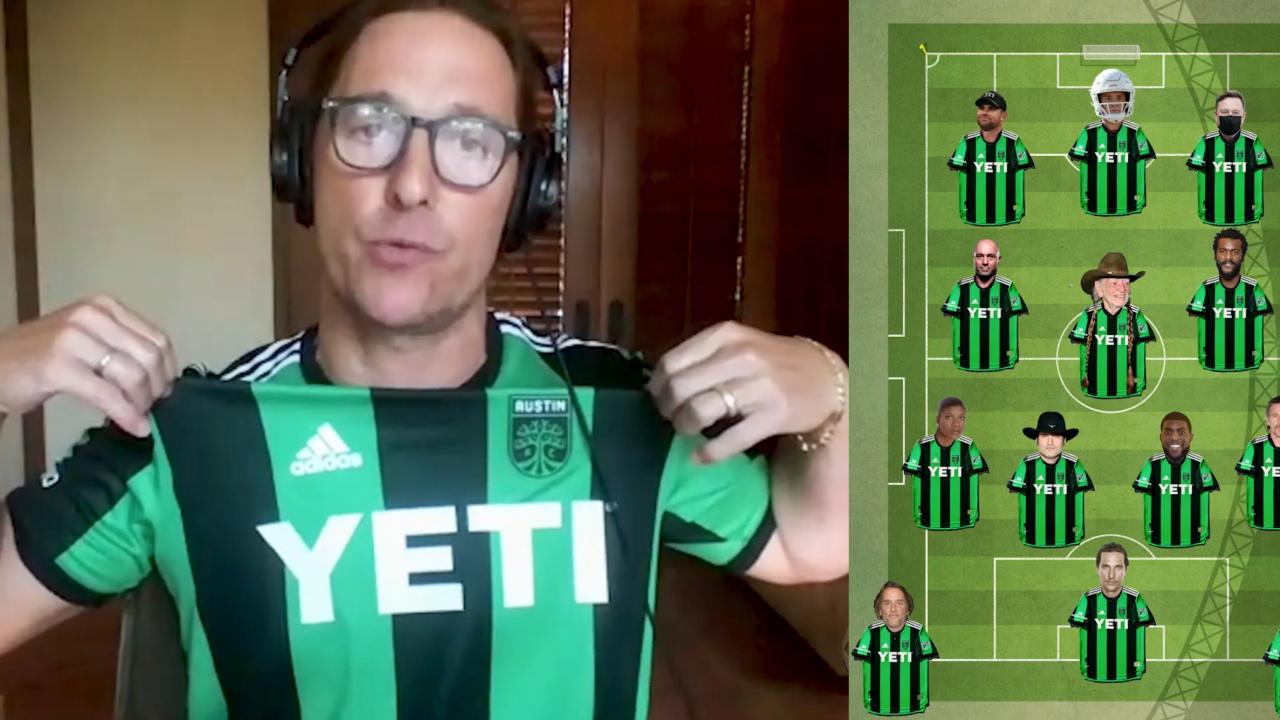 Matthew McConaughey, minority owner of incoming MLS club Austin FC and Texan renaissance man, appeared on the Late Show With Stephen Colbert this week to drink bourbon and talk about watching Survivor. While CBS aired a lengthy interview, an unaired segment posted to YouTube the next day showed what we really wanted to see: a Matthew McConaughey Austin FC starting XI of Austinites.

Austin FC will officially begin play in MLS in 2021. Owned by most-hated-man-in-Columbus-Ohio Anthony Precourt, the club will try to carve a niche in the Texas soccer culture, where FC Dallas owns the suburbs and the Houston Dynamo dominate the state’s most diverse (and arguably best) city.

Fortunately, since everyone wants to keep Austin weird, the state capital has a few things going for it as Austin FC attempts to build a brand, and McConaughey is a big part of that.

The Matthew McConaughey Austin FC Starting XI isn’t quite of Austin natives as the YouTube video’s headline implies, but it includes folks who either live in or have lived in Austin at some point in their lives.

I would pay good money to watch this team play even 10 minutes together. Here’s a rundown of the team if you don’t have time to watch a two-minute video.

McConaughey was keen to point out he set the record for red cards as a goalkeeper for two years running in his youth league as a young lad, and I bet he can still perform between the sticks better than Thibaut Courtois.

Personally, I think Biles should be a starter over loudmouth conspiracy theorist Joe Rogan, who hasn’t been cool since News Radio ended, but I love the idea of the director of Bernie coaching the team.

In other news, Austin FC unveiled its jersey this week. Aside from a fitting sponsor on the front, it’s a pretty plain jersey. We would’ve preferred something a little more weird.

Our jersey is not just part of our kit. It is the Uniform for Austin and our people, representing the fabric of who are and the work we do as Austinites. pic.twitter.com/vBMbocCCky