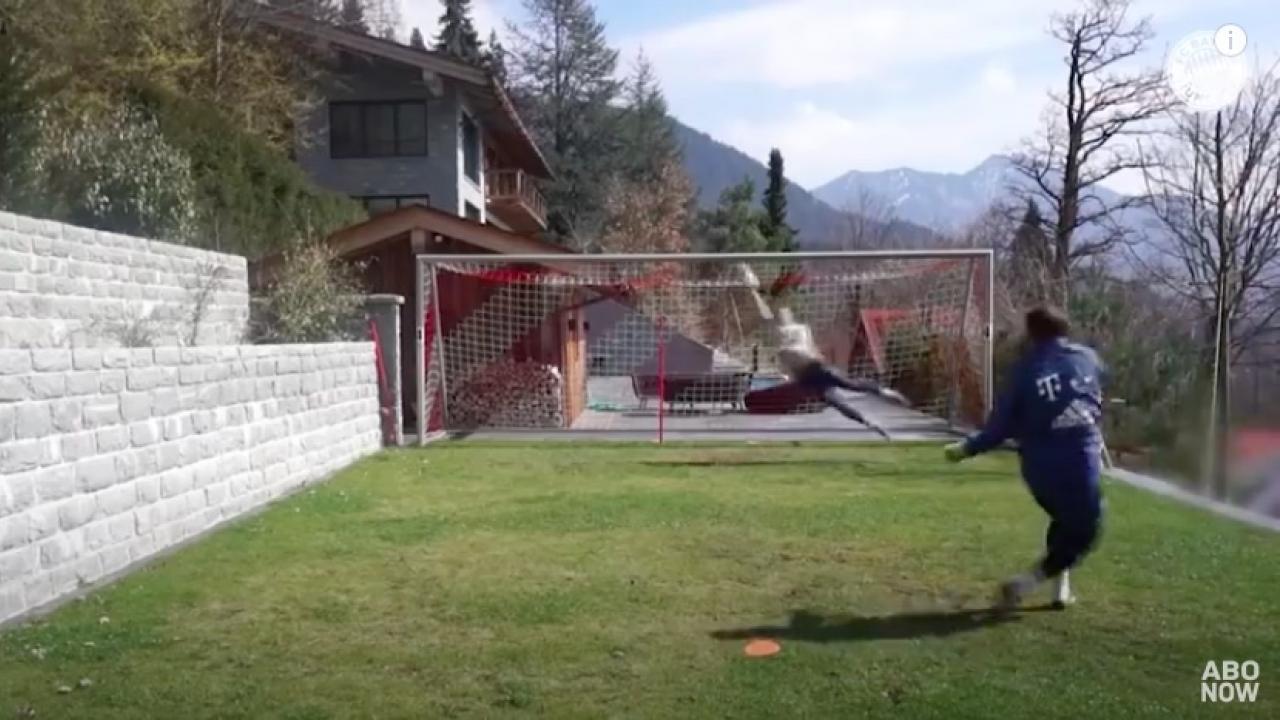 Manuel Neuer’s Isolation Training Setup Is The Stuff Of Fantasy

With the Bundesliga’s restart just over a week away, it’ll be fascinating to see the differing levels of fitness on display when, for example, Borussia Dortmund hosts Schalke in the Revierderby on Saturday, May 16. After over two months off, it’s only natural that some players will have taken better care of themselves, while others might need an extra week or two to last more than 60 minutes.

Personally, if I was a goalkeeper, I would’ve certainly let myself go, but that’s not the case with Bayern Munich and Germany No. 1 Manuel Neuer. That’s probably why he’s a four-time UEFA Goalkeeper of the Year and I’m a four-time presser of the snooze button every morning. HA!

Neuer has been living his best Rocky IV life while training in the Bavarian Alps near Lake Tegernsee. It’s just him and Bayern’s goalkeeping coach, Toni Tapalović, enjoying a rustic existence, rolling around a patch of grass and hammering the ball at each other.