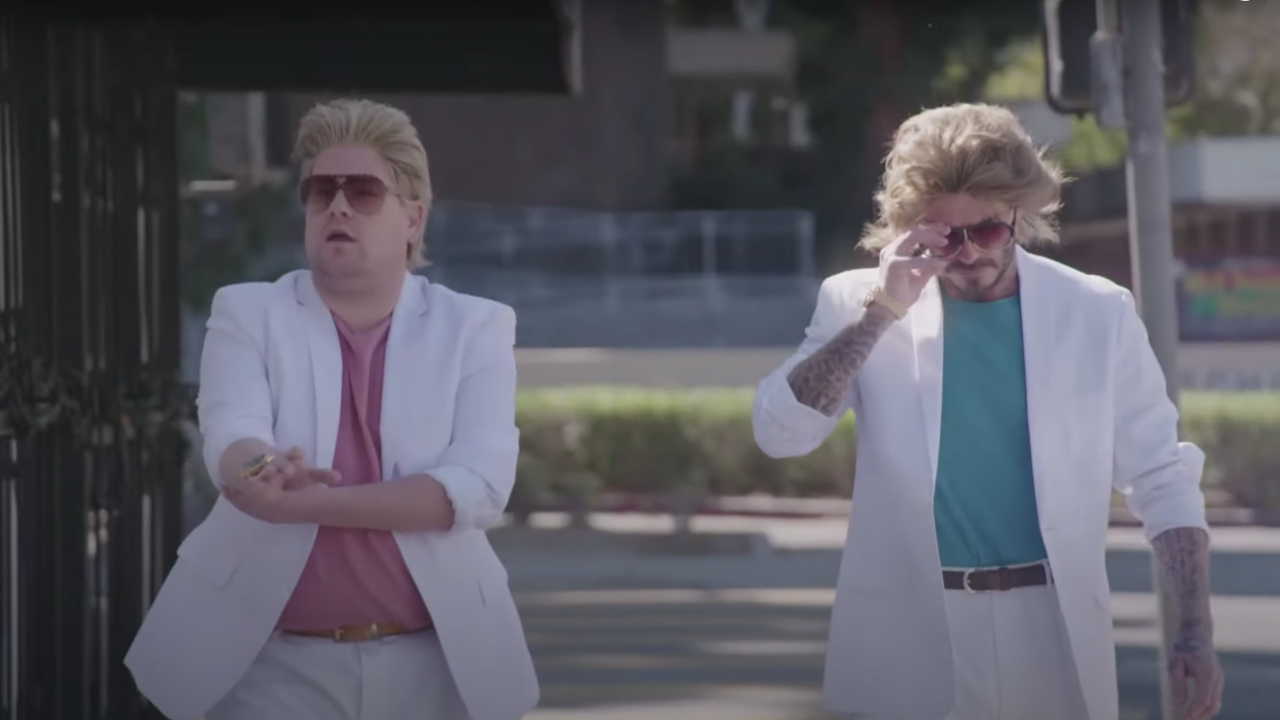 There’s no better bromance between soccer and Hollywood in the U.S. than the relationship between David Beckham and Late Late Show host James Corden. Corden, a British comedian living in LA, has had his share of fun with Beckham, the former English midfielder who spent six seasons with the LA Galaxy.

After their last rendezvous, however, it appears Becks wanted a bit of revenge on Corden. In a video released this week (but filmed pre-COVID), the iconic footballer just about killed Corden.

If you’ll remember, last year Corden pulled off an epic statue prank, one that really had Beckham going.

So this time around, Beckham put Corden through the paces, taking him to the verge of complete exhaustion and literally beating him up.

The video at the top of the page features Corden and Beckham taking a spin class together before doing a bit of sparring at a boxing gym. Beckham, who at 45 is four years older than Corden, is still in better shape than 99 percent of Americans. Corden, meanwhile, is more on par with the average American’s body shape and did not take well to the workout.

The competitive spirit remains strong with our boss.

Check the full video for a good start to your Friday. https://t.co/1grbEe3Vqi

The video seemed a bit like an advertisement for Beckham’s ownership of Inter Miami, a club that has yet to win a match in five attempts. The club did sign World Cup-winner Blaise Matuidi, so that’s a decent way to help turn around the team’s fortunes, but it missed out on Chelsea’s Willian, who was rumored to be heading to America before signing with Arsenal.

The weirdest moment of the Corden-Beckham video came while the footballer was trash talking Corden in the boxing ring. Beckham said: “You think you’re funny? You know what’s funny? The MLS!”

So even Becks, who owns a team in MLS (not the MLS), thinks the league is a joke?

At least the video finished strong, with a Miami Vice reference to celebrate Beckham’s team in Miami.