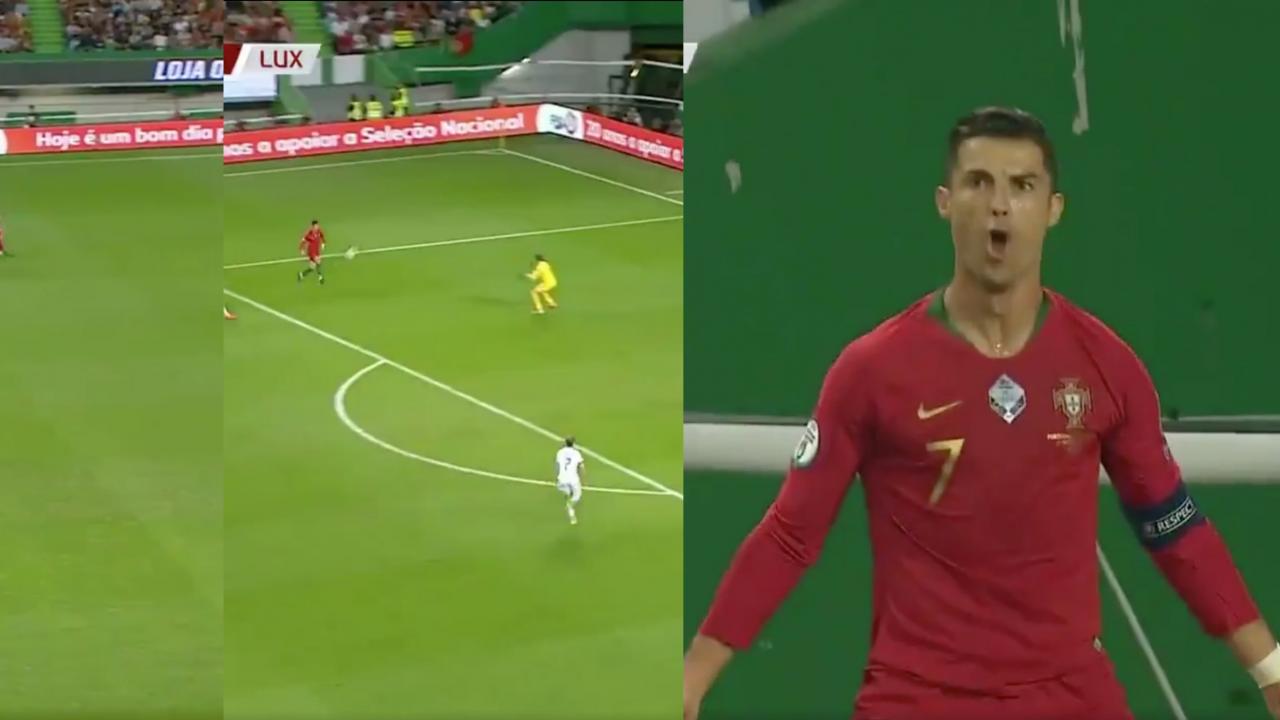 With Portugal struggling to break down UEFA minnow Luxembourg — Bernardo Silva’s 16th-minute strike was all that separated the two sides after an hour — the team captain showed the rarely seen defensive side of his game to give his side a little breathing room.

In the 65th minute, Ronaldo used his pace to close down on a defender and poke the ball away from him. What he did next to the poor Luxembourg keeper ought to go up in the Louvre, a masterful chip that absolutely no goalkeeper in the world was going to save.

Ronaldo was unable to record his 700th career goal, but Gonçalo Guedes added a third for Portugal in the 89th minute as the home side recorded a 3-0 win.

The Portuguese needed the win as it chases Ukraine atop Group B in Euro 2020 qualifying. Ukraine now leads the group with 16 points, five ahead of Portugal, which has a game in hand against third-place Serbia (seven points). The top two teams qualify for the 2020 Euros. Portugal travels to Kiev to play Ukraine on Monday, where Ronaldo will be eager to net No. 700 and edge his country closer to the Euros, a tournament for which Portugal is the reigning champion.

And for those wondering how the Cristiano Ronaldo goal number stacks up with Lionel Messi, you can read this story. (Spoiler: Ronaldo leads Messi 699-604.)