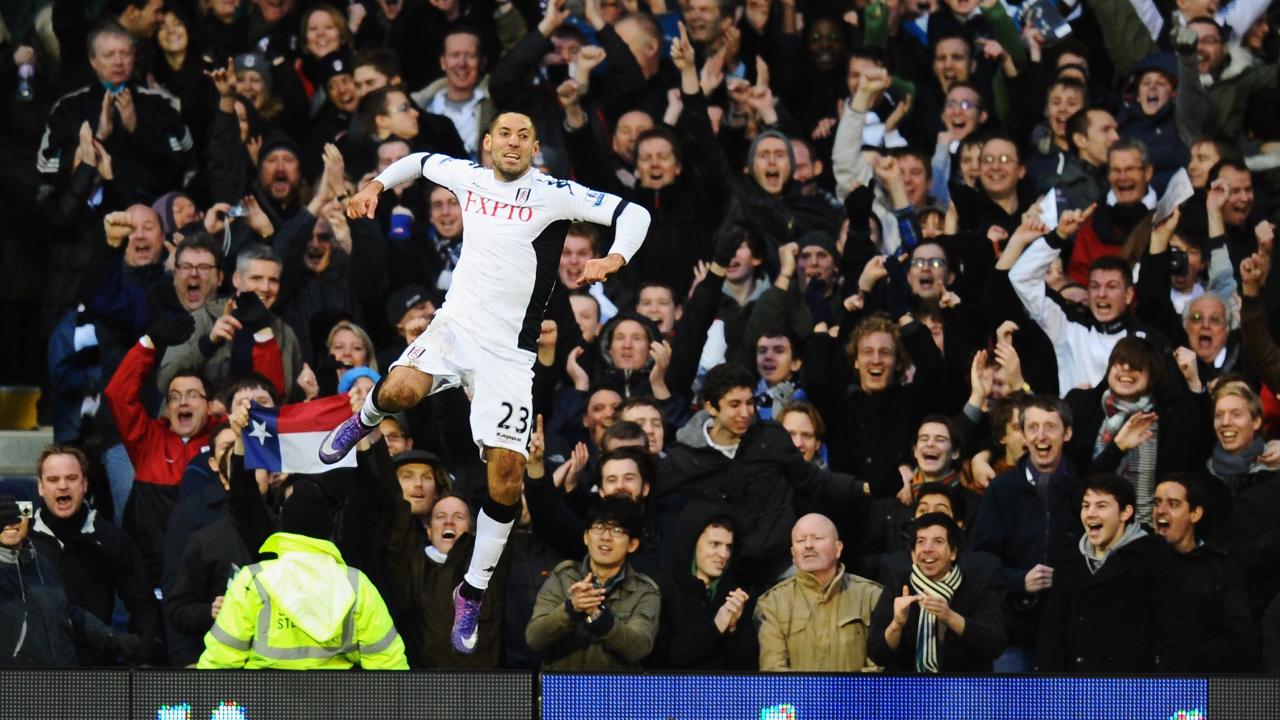 Things started inconspicuously enough for Clint Dempsey following his $4 million January move from New England to Fulham back in 2006. However, the slow start was entirely forgiven when the 22-year-old bundled home his first goal for the club (the first strike in the video above) against Liverpool at the tail end of the season. The goal was momentous, saving the club from relegation and guaranteeing its place in the top flight for the 2007-08 season.

That strike would foreshadow Deuce’s contributions in London. When Fulham called out for a hero, it was Dempsey who invariably responded over the course of the next five seasons.

His most memorable goal was the exquisite lob against Juventus that led to a 4-1 win and miraculous turnaround in the Europa League Round of 16, but it’s also worth remembering that for two seasons he was not only the man for Fulham, but one of the most feared attacking outlets in the entire Premiership.

In 2010-11, he scored 12 goals in 37 EPL appearances whilst scooping the club’s Player of the Season award. In 2011-12 he managed an even better haul with 17 goals in 37 games. That spectacular output for a club that many pinned for relegation year after year led to his $9 million transfer to Spurs.

Not bad for a kid from Nacogdoches who played his college ball with the Furman Paladins and was only the eighth selection of the 2004 MLS SuperDraft.