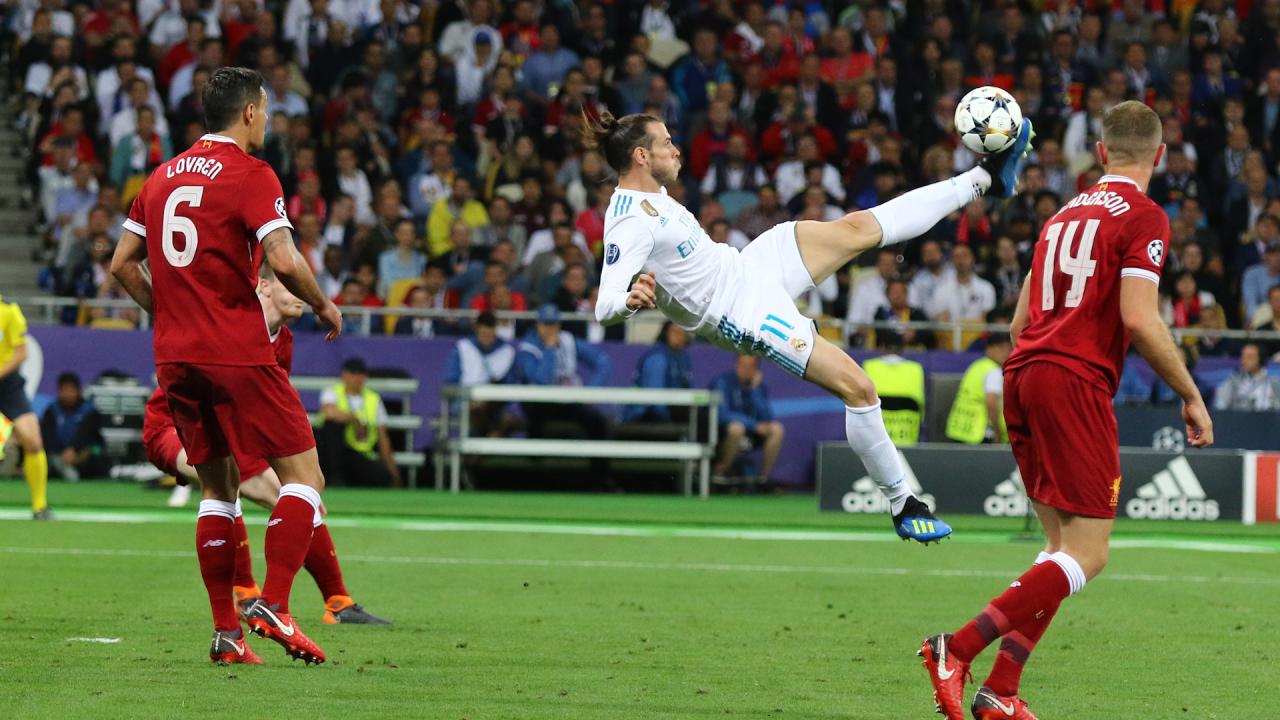 The Best Bicycle Kicks Of All Time Ranked

These bicycle kicks are superhuman.

We ranked the top 18 best bicycle kicks of all time. From Wayne Rooney to Ronaldinho to Zlatan Ibrahimovic, these bicycle kicks are otherworldly.

Peter Crouch is one of the goofiest footballers to have ever played the game. At 6-foot-7, the Englishman is most known for being able to reach headers most can only watch sail over their heads. But he’s got some skill in him too, and never was that more evident than this stunning goal in Champions League group stage.

While Neymar scored plenty of great goals in his first season at PSG, his assist on this goal is what stands out. Goals like this are almost unheard of on corner kicks because the defense is typically marking too closely. But that didn’t stop Kurzawa, a left back, from reacting first to a bullet cross from Neymar to score from close range.

Ronaldinho’s last goal for Barcelona was also one of his best. The power with which the ball flew into the net illustrated just how perfectly he struck the cross.

The Alpine Messi does nothing but score bangers. Short, stocky and super athletic, Shaqiri needed all of his muscle power to get this shot past Polish keeper Lukasz Fabianski in the 82nd minute to send the match to extra time. Poland, however, prevailed on penalty kicks.

It came in a 3-1 loss, but Christian Benteke briefly silenced the Old Trafford crowd with one of the most powerful bicycle kicks you’ll ever see. David De Gea had zero chance.

The strike itself may not be the best on this list, but the fact this bicycle kick was scored by a goalkeeper who went up in the dying minutes of the match — and included an epic celebration — makes this one of the most memorable bicycle kicks ever.

In the fourth round of the FA Cup, Trevor Sinclair turned a mishit cross into one of the greatest goals in the history of the age-old competition. While the looping cross allowed Sinclair time to line up his shot, it also required perfect contact — and that is exactly what happened.

For a center back, Philippe Mexes had a flair for brilliant strikes. In a Champions League group stage , Mexes chested the ball up to himself on the edge of the box and unleashed one of the greatest goals in the history of his storied club. “You only score a goal like that once in your career,” Mexes said.

Then a Liverpool defender, Emre Can wasn’t exactly known for his athleticism. Then he somehow pulled off this magnificent stroke of genius.

Though his career was cut short by injuries, Marco van Basten was one of the greatest to ever play for Ajax and the Netherlands, which is saying something. Among his more than 200 goals throughout his career with Ajax and AC Milan were a number of bicycle kicks, perhaps none better than this.

Ronaldinho had a magnificent flair about him, but this bicycle kick was his best. The odd direction in which he contorted his body still boggles the mind today.

Liverpool had just tied up the match and Gareth Bale had just come off the bench. Then the Welshman unleashed one of the most memorable bicycle kicks of all time to secure Real Madrid’s third straight Champions League title.

A five-time winner of the Pichichi with Real Madrid, Hugo Sanchez scored a great number of bicycle kicks among his more than 200 goals for Los Blancos, which he credited to his training in gymnastics early in life. After scoring this beauty, Real Madrid manager Leo Beenhakker said they should change the rules: “After a goal like that, you might as well stop the game and send the players to get changed and all go home. You just can’t beat it.”

There is no more iconic goal in the Manchester derby than Wayne Rooney’s magnificent bicycle kick goal to seal a win over Manchester City at Old Trafford. What makes the goal even more impressive is Nani’s cross was deflected on its way in, meaning Rooney had barely any time to position his body to reach the overhead kick.

In terms of pure power and athleticism, this bicycle kick is peerless. Cristiano Ronaldo was parallel to the ground higher than most humans can reach before blasting the ball into the back of the net in the Champions League match. The goal was so good the Juventus fans in Turin applauded Ronaldo, who responded by transferring to the club during the next transfer window.

No one has scored more spectacularly athletic goals than the 6-foot-5 Swede Zlatan Ibrahimovic. The audacity to attempt this kick from so far out — and the technique to pull it off — puts Zlatan in a class of his own.

With Barcelona needing a win to qualify for the Champions League, Rivaldo unleashed this iconic bicycle kick in the 90th minute to give the Blaugrana a remarkable 3-2 win.