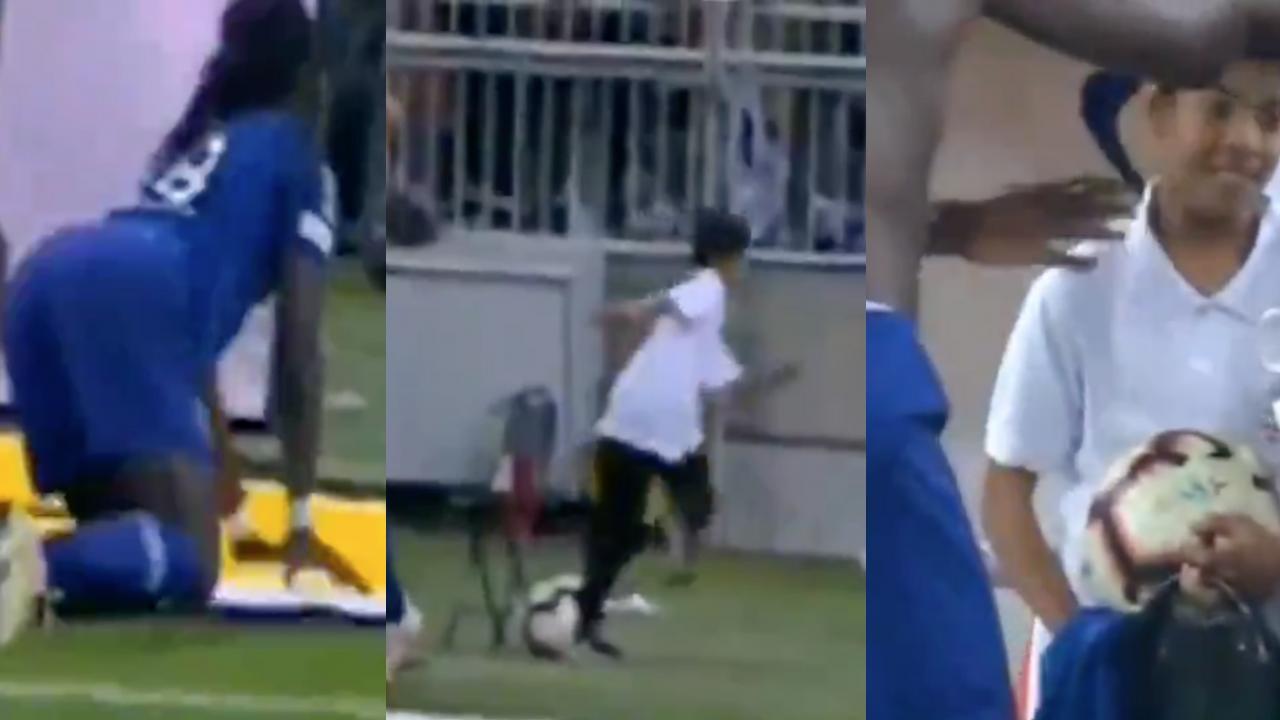 Bafétimbi Gomis’ Goal Celebration Sends Ballboy Fleeing In Terror; Striker Makes Up For It After Match

The Bafétimbi Gomis celebration is one of our favorites. He gets on all fours and crawls forward, pawing his arms out like a big cat.

It’s a fun celly, one that pays homage to Salif Keita, a former legend at Saint-Étienne, where Gomis got his start. Other players around the world have have mimicked the celebration, including as Alberth Elis of the Houston Dynamo, the Honduran nicknamed La Panterita (the Little Panther).

Gomis, the French forward who has bounced around since his heyday with Lyon from 2009-2014, is currently with Al-Hilal in Saudi Arabia, alongside recent signee Sebastian Giovinco.

The former Swansea striker, now 33, is having a renaissance of sorts in recent years. Gomis scored 32 goals in 38 appearances with Galatasary in 2017-18 and this season he has 17 goals in 21 league matches with Al-Hilal. (Really, he's been stellar everywhere he goes except the English Premier League.)

His new Saudi club scored a 2-0 win over Al-Ittihad in the Saudi Pro League on Thursday, with Gomis netting the opener in the 67th minute to send Al-Hilal nine points clear at the top, albeit with a game in hand.

The goal was another opportunity for a trademark Bafétimbi Gomis celebration, and the dreadlocked Frenchman obliged.

Unfortunately, he scared the poor ballboy in the process, who turned around to see a man crawling at him with arms extended. It sent the lad fleeing for his life.

Fortunately, Gomis is a good guy, and after the match he gave the ballboy his jersey, though he still looked terrified when Gomis began taking his shirt off.