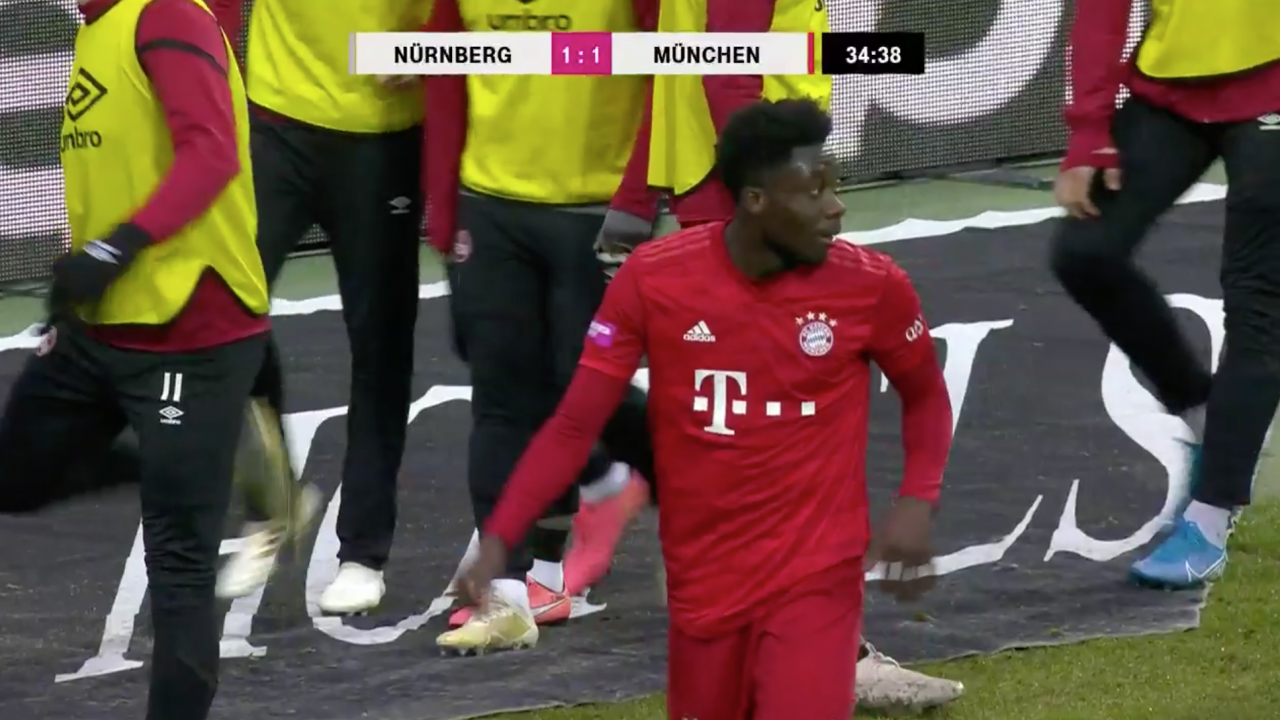 Is That 1970 Brazil? Nope, Just Alphonso Davies At LB For Bayern

Will all due respect to Christian Pulisic and Diego Lainez, it’s a Canadian who is the best young North American playing in Europe right now. There can be no debate after this Alphonso Davies goal vs Nurnberg on Saturday.

Davies, 19, has been stellar for Bayern over the past couple months. He’s started at left back and played the full 90 in the last nine Bundesliga matches and last three Champions League games. While capable of playing as an exciting winger, he’s shown his versatility as a defender who can get forward, highlighted by this assist. He was named the club’s player of the month for December.

Davies has been such a good left back for Bayern that the club hardly misses David Alaba there. The Austrian, one of the best left backs in the world, has been able to shift into a center-back role. Davies was stellar in the role during a 4-0 win over Dortmund in November.

But Davies is still a sparkling offensive talent, as he showed Saturday.

Starting at left back for Bayern Munich in a friendly against the 2. Bundesliga club on Saturday, Davies showed what makes him so exhilarating and a star in the making for Canada. The teenager took possession near midfield, dashed at the Nurnberg defense and, after two deft one-twos, dinked a shot past the opposing keeper for a magnificent goal.

Sure it was against a second-division side was just relegated, but Bayern looked like 1970 Brazil with Davies leading that attack.

Davies and the rest of the starters were subbed out at halftime, while the match was level at 1-1. With youth players and backups in for the second half, Nurnberg pulled away for a 5-2 win.

But all anyone will remember about this match a year from now is the Alphonso Davies goal vs Nurnberg in the first half.