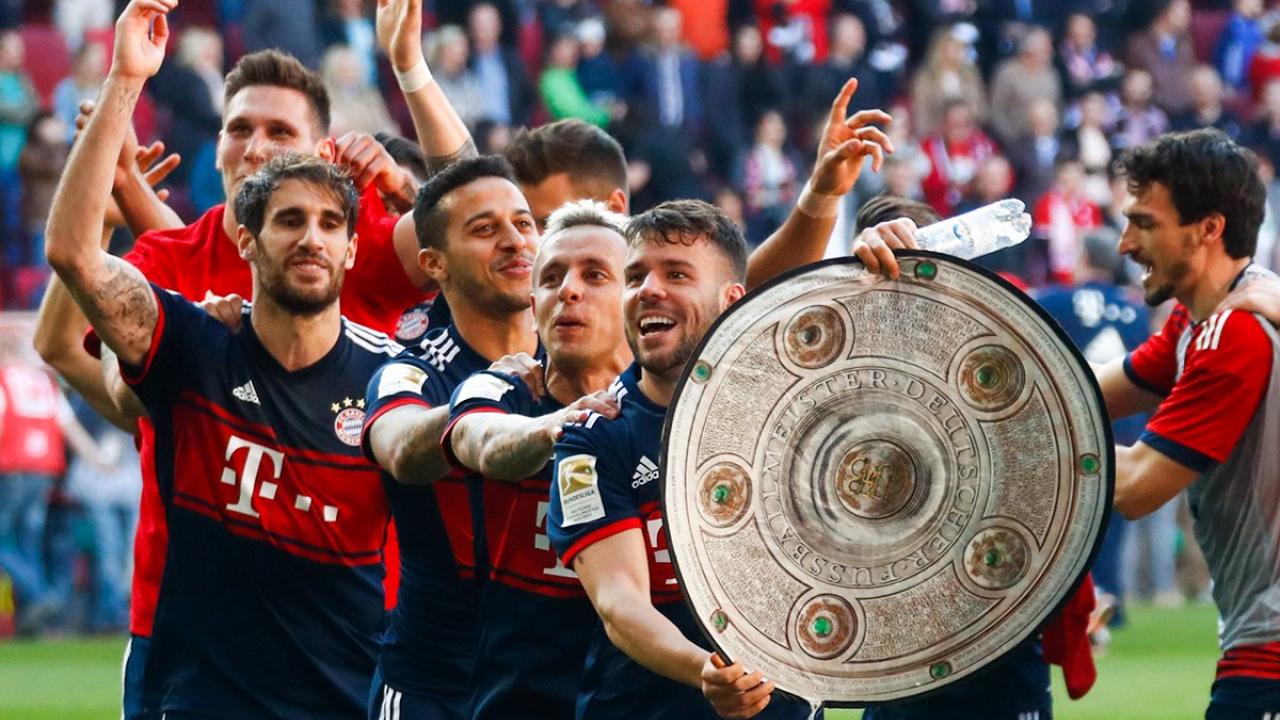 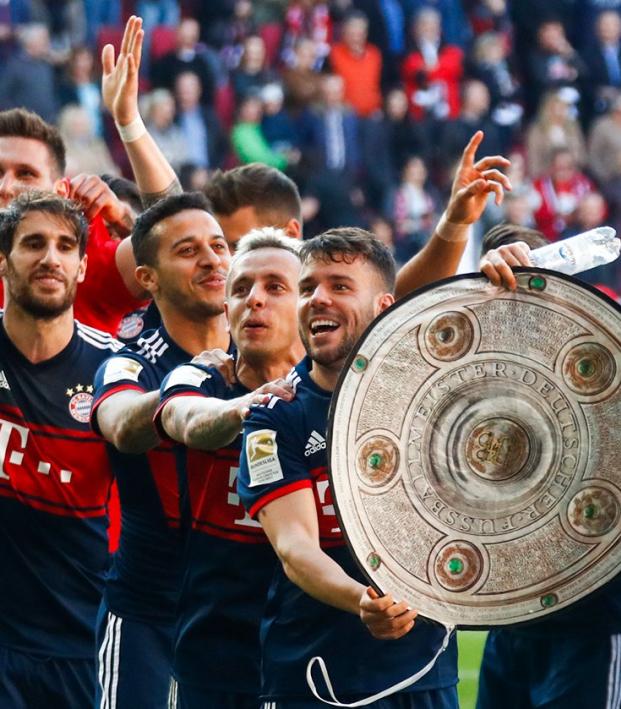 For the sixth straight season, Bayern Munich is the Bundesliga champion, clinching the league crown with five matches to play after a 4-1 win over Augsburg on Saturday. But more than any other celebrations we’ve seen this year, the Bayern Munich title celebrations were endearing and heartfelt, despite this being nothing new for Die Roten.

With a visit from Sevilla in the Champions League quarterfinals coming up, Bayern Munich didn’t look like it gave any fucks about clinching the Bundesliga early in the match. That much was evident when Augsburg took the lead on a hilarious own goal that showed just how lazy Jupp Heynckes’ men were at the start.

That wasn't in the script! Augsburg take the lead after Boateng's giveaway leads to an own goal by Süle. #FCAFCB pic.twitter.com/0DMyghhN3P

But eventually the German champions turned things around, scoring on their first chance and adding plenty more throughout the match.

The best goal came from James Rodriguez but was all about the team effort, summarizing how Bayern Munich won the Bundesliga with 20 more points than second-place Schalke.

JAMES! Kimmich with a little nutmeg to set up the Colombian and just like that Bayern take a 2-1 lead at Augsburg. #FCAFCB pic.twitter.com/5Q5dE46lsQ

But the real highlights of the match were Bayern Munich title celebrations. Here are the best of them. 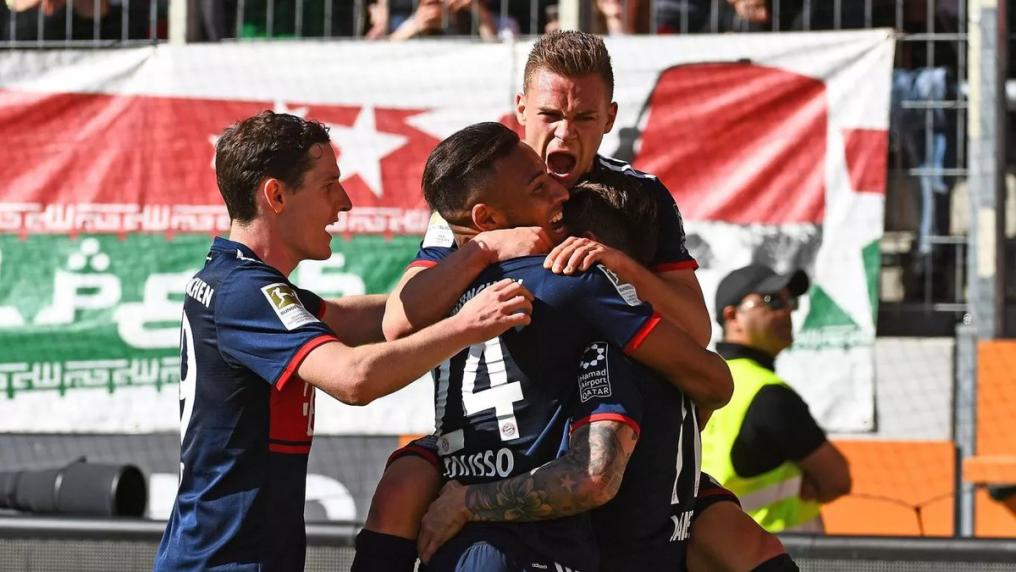 Don’t tell me the sixth doesn’t mean any less than the others to these players, though it was the first title for a few of the Bayern players. 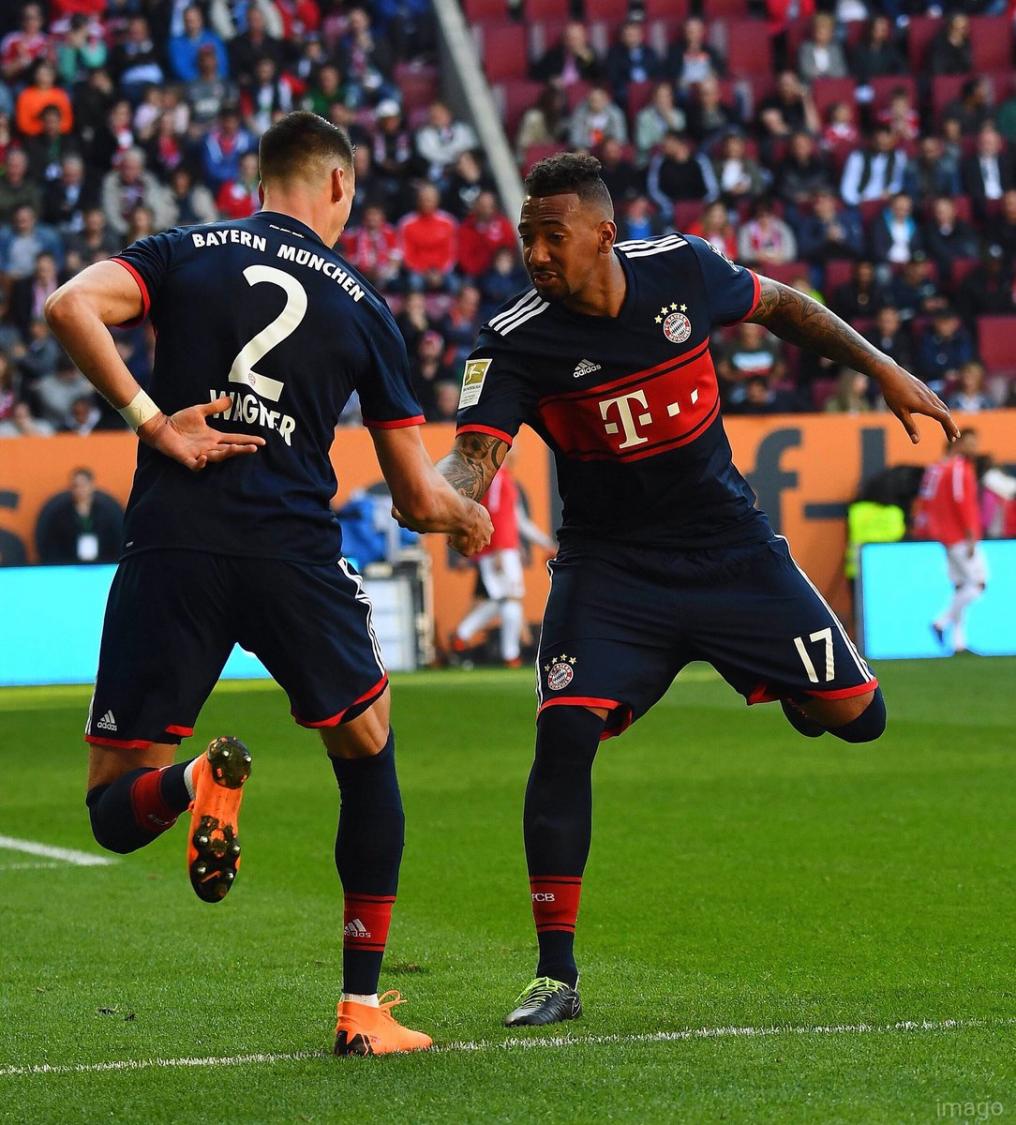 Sandro Wagner and Jerome Boateng do a little dance. It was Wagner’s first title with Bayern. 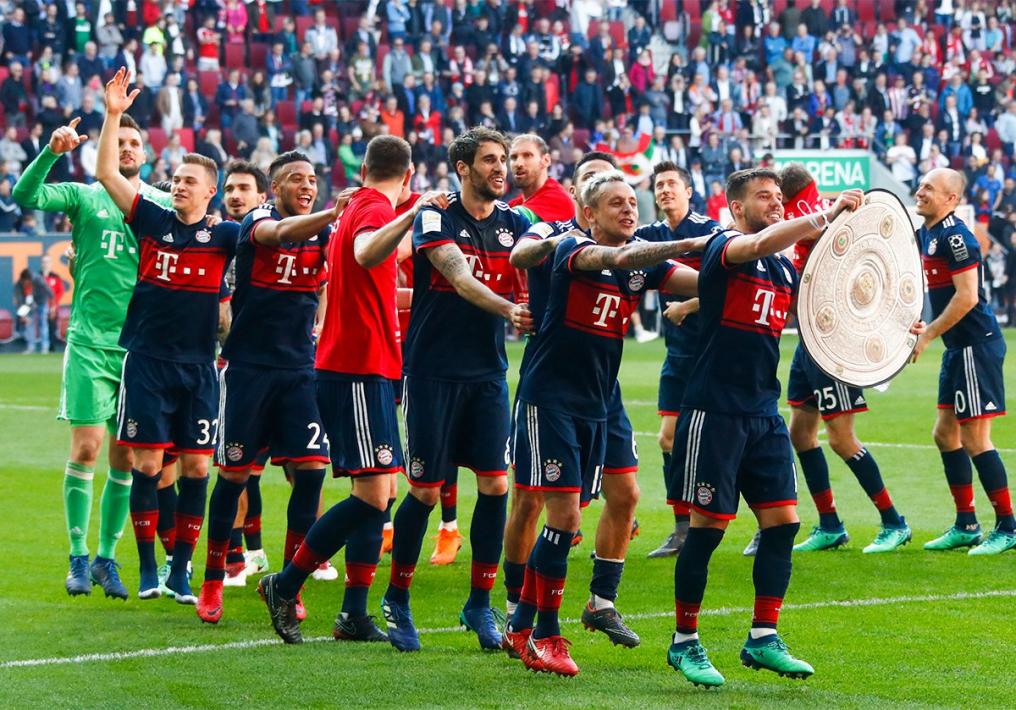 This was just adorable, especially the little flimsy replacement trophy the players paraded around.

It's conga time for Bayern!

The only way to celebrate another German title... pic.twitter.com/v1RzPmyXRo 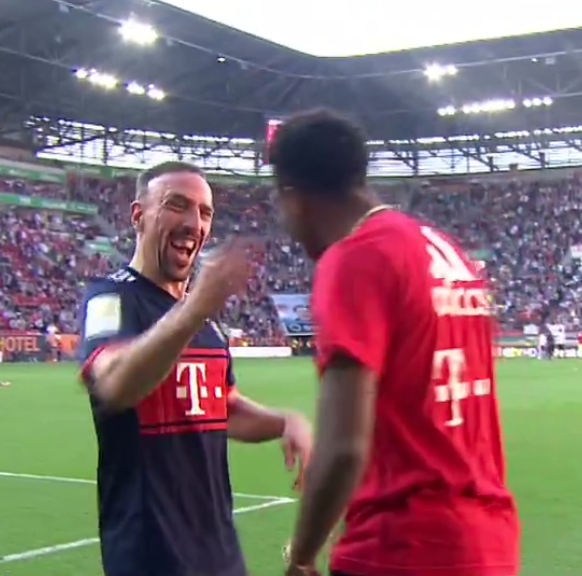 Franck Ribery equaled the record for most Bundesliga titles as a player with eight. He looks happy. 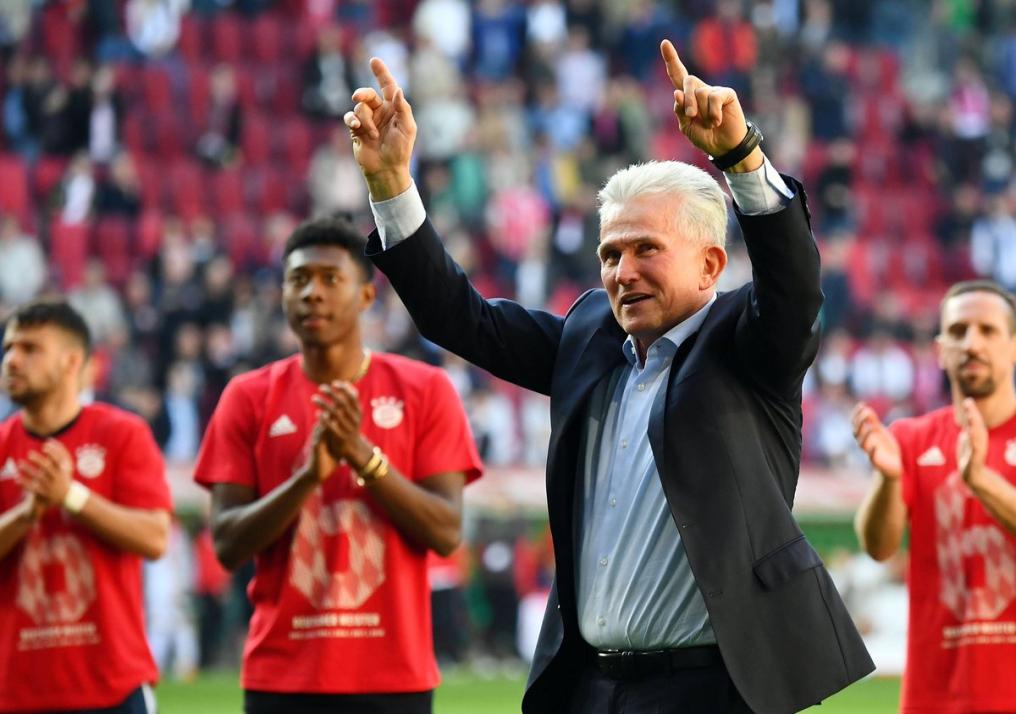 Jupp Heynckes won his fourth title in charge of Bayern. He also won four as a player with Borussia Mönchengladbach. 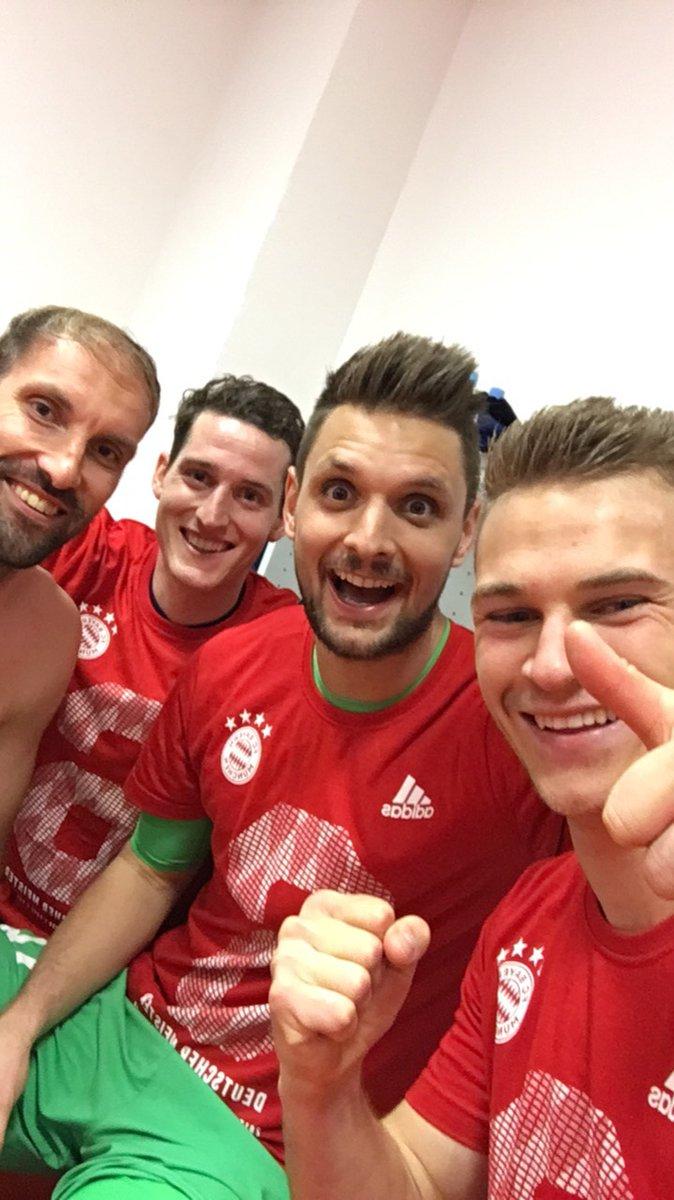 No celebration is complete without a selfie. 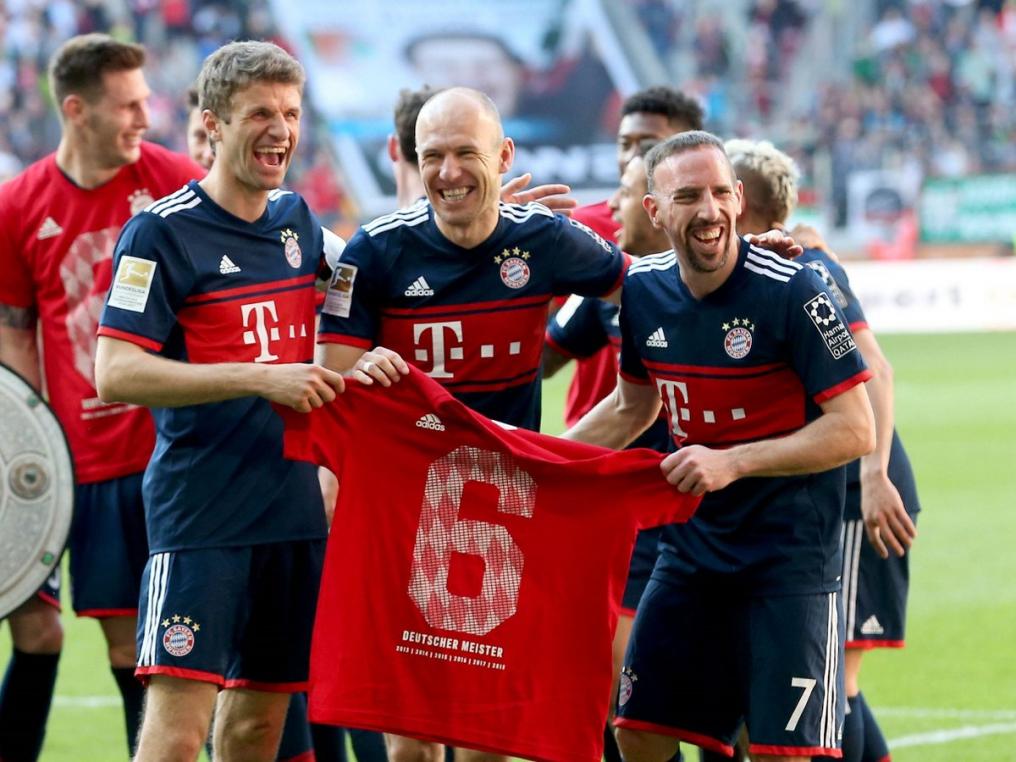 As soon as the match was over Bayern Munich was trying to sell these shirts to celebrate their sixth straight championship.