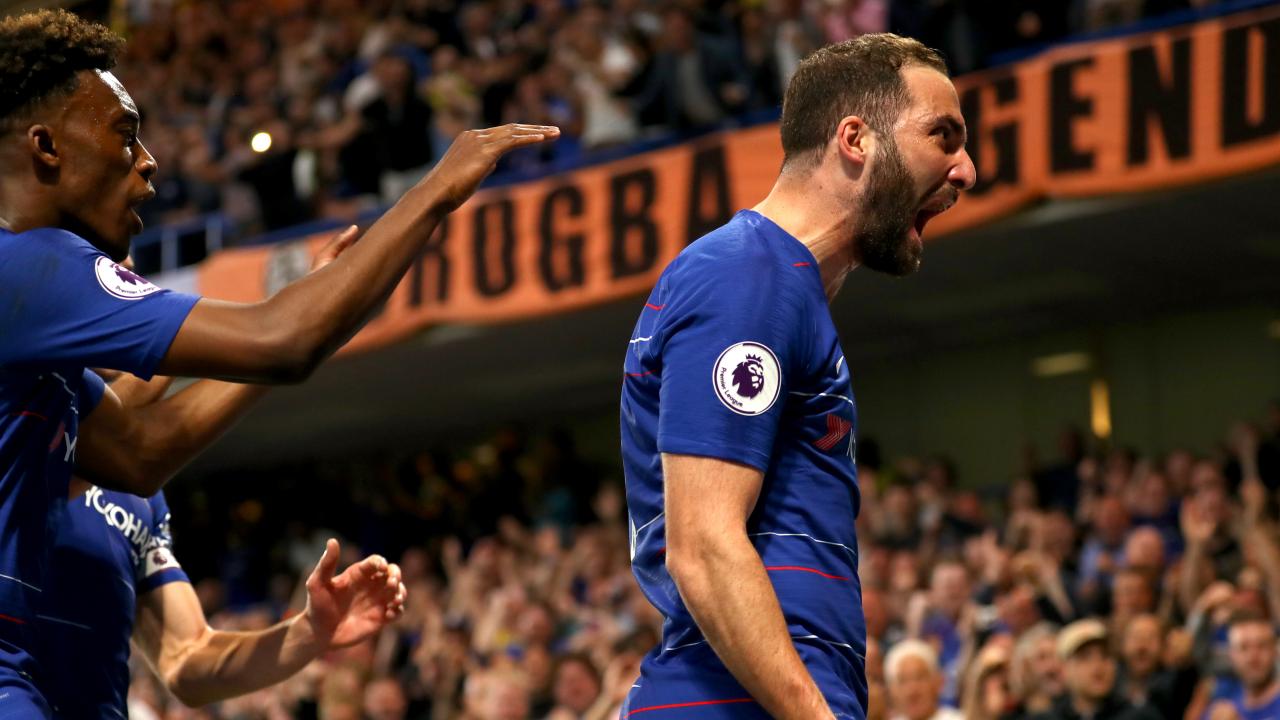 Violent Gonzalo Higuaín Goal Is Satisfying For A Number Of Reasons

Connor Fleming April 22, 2019
The desire to see Higuaín suffer says more about the general populace than it does about a footballer’s ability.

It’s interesting to see how the media leans into stereotypes and known formulas of success — regardless of truth or sincerity in approach — to perpetually reinforce the confirmation bias of its readership.

For example, this past weekend Chelsea striker Gonzalo Higuain spoke about how criticism used to affect his personal life before he acquired a sense of perspective regarding his own career and the amount of importance that should be placed on chasing a ball around a large patch of grass.

Higuain revealed that he used to be afraid of the criticism he’d receive out in public, but he’s since grown immune to the abuse with the help of his wife and the security of a professional career that’s fast approaching the 300-goal mark.

However, that didn’t stop outlets from leading with “Gonzalo Higuain Locked Himself At Home” and “Chelsea Flop Gonzalo Higuain Asks THREE Questions In Emotional Plea” and other various bullshit headlines.

This, of course, all has to do with Higuain missing glorious opportunities in three straight major international finals. Now people derive a certain schadenfreude from seeing Higuain suffer, and so the important part of his quote — the lesson about overcoming criticism that’s applicable to each and every one of us — is buried beneath “Chelsea Star Admits To Being Scared To Leave The House.”

Here’s what Higuain said regarding the criticism he’s faced and his own response:

“I always regretted hiding, not going out on the street for fear of what people might say. There are people who cause so much pain and do so many bad things and yet they go out there showing their face without shame, and we, who don’t kill anyone, who do things well, who only play a sport, why can’t we go out? Once I started to understand this, I started to go out, to live life more. I am grateful for it because life just goes by and suddenly you are 40 or 50 and you can’t go back.

"I live better. I suffered. Even if you don’t look at social media, it still reaches you. I’m now at a stage in my life when nothing hurts. I’ve played in the best leagues, the best teams, in three World Cups and in the Copa America. It no longer affects me what people say. I have overcome it. When I was young, I didn’t imagine that I would achieve 10 percent of what I have. Why am I going to worry what they say?”

And the 31-year-old had another brilliant repartee to the latest criticism he’s facing. Higuain entered Chelsea’s match against Burnley today with only three goals in 10 Premier League appearances, and it’s being reported that he’ll return to Juventus in the summer without securing a permanent transfer.

With the scores level at 1-1, Higuain showed his technical quality and brute strength to engineer and finish Chelsea’s go-ahead goal. This is vintage play from the striker, and it’s very easy on the eye.

Unfortunately for Higuain and Chelsea, Burnely would strike back and hold on for a 2-2 draw. The point moves Chelsea up to fourth, but Arsenal can overtake the Blues with a win or draw against Wolves on Wednesday.

For Burnley, the draw puts them on 40 points. Safety.