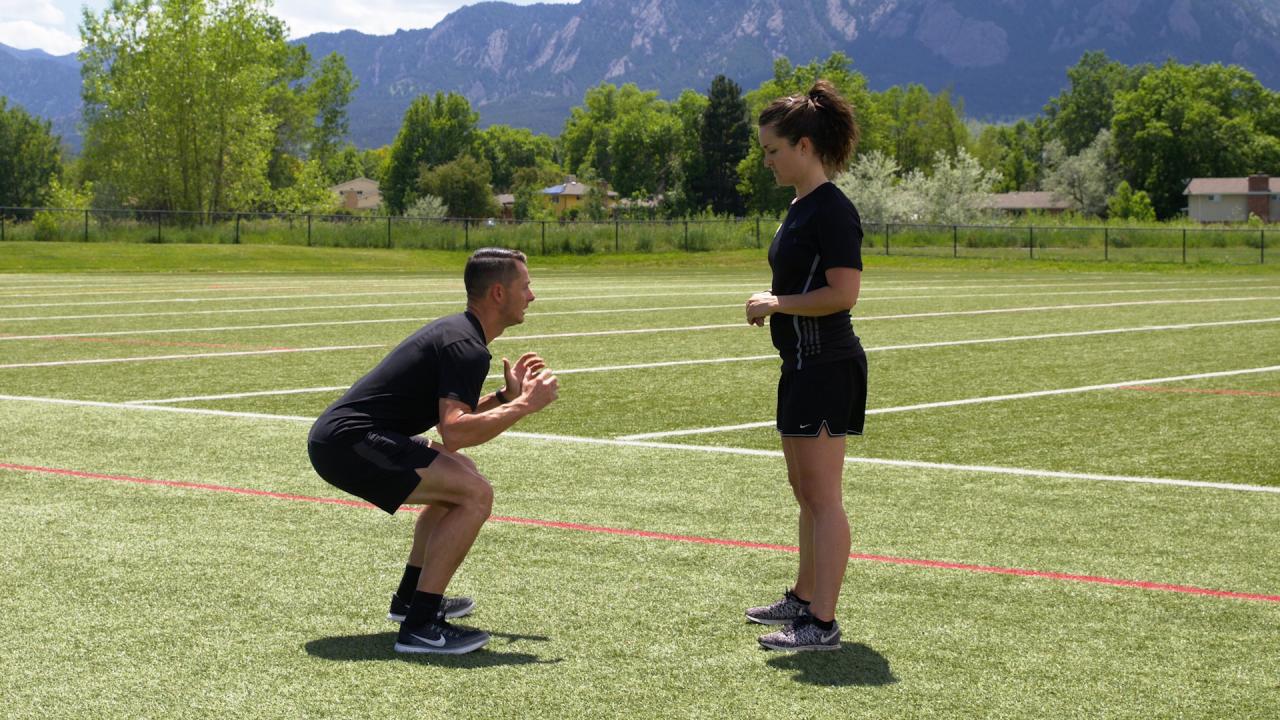 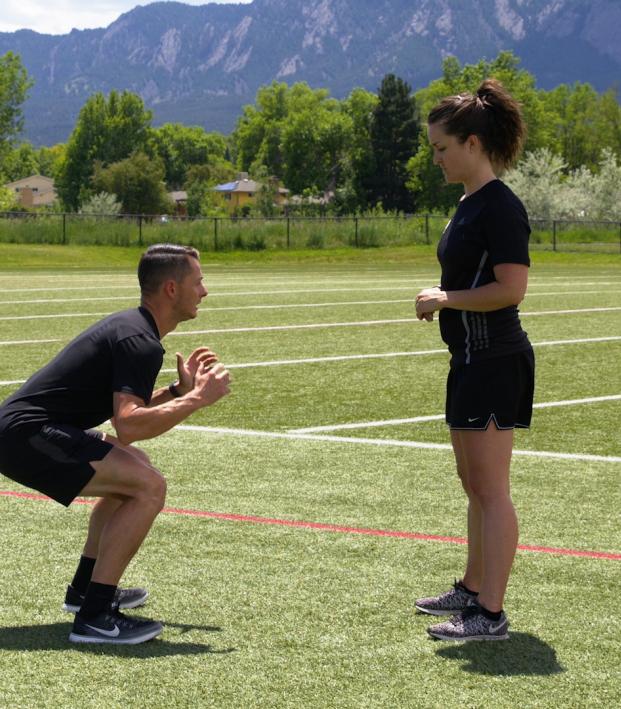 One Exercise To Prevent ACL Injuries In Women

The most essential part of any soccer player's game is staying healthy and on the field. Too often, particularly in women's soccer, ACL injuries keep players in the physical therapy clinic and away from the pitch. Although there is no way to eliminate the risk of injury, an optimal training regimen can help prevent ACL injuries.

The18 is teaming up with a range of experts – including FC Boulder Director of Athletic Performance, Leigh Veidman – to create an injury prevention exercise program. In the first video of this series, Veidman demonstrates the proper form of a bodyweight squat and a jump squat. Both exercises strengthen the gluteus medius and thus can help players prevent ACL injuries.

According to University of Colorado Health, female athletes are 4-6 times more likely to sustain an ACL rupture than their male counterparts. UC Health estimates that there are between 100,000 to 200,000 ACL injuries in the U.S. each year.

Given the lengthy recovery period and high incidence rate of ACL ruptures, it's imperative that female athletes do everything they can to prevent ACL injuries. It has long been argued that women's knees move differently than men's. However, a recent Duke University study suggests that men and women sustain ACL tears in the same fashion--when the knee is hyperextended.

So why do female athletes consistently tear their ACLs at a higher rate than male athletes? And what can be done to prevent ACL injuries?

First, there are a couple of key anatomical differences between men and women that at least partially explain the higher incidence rate among female athletes. The ACL runs thorugh the intercondylar notch, which is typically more narrow in women than in men. The smaller space in women means that the ACL cannot move as much when an athlete lands awkwardly or her knee twists. It is therefore more suscepitble to a tear.

The next significant difference is that, on average, women have wider hips than men. The wider an athlete's hips, the more likely it is that her knees will turn inward. That alignment puts undue strain on the knee joint and ACL.

Learning the proper form of a simple bodyweight squat and jump squat is a good first step. This fun drill activates the hamstrings and entire posterior chain, which are essential for maintaining balanced strength and healthy knees.

Stay tuned for more exercise tips designed to prevent ACL injuries and other common knocks that keep players off the field far too often.