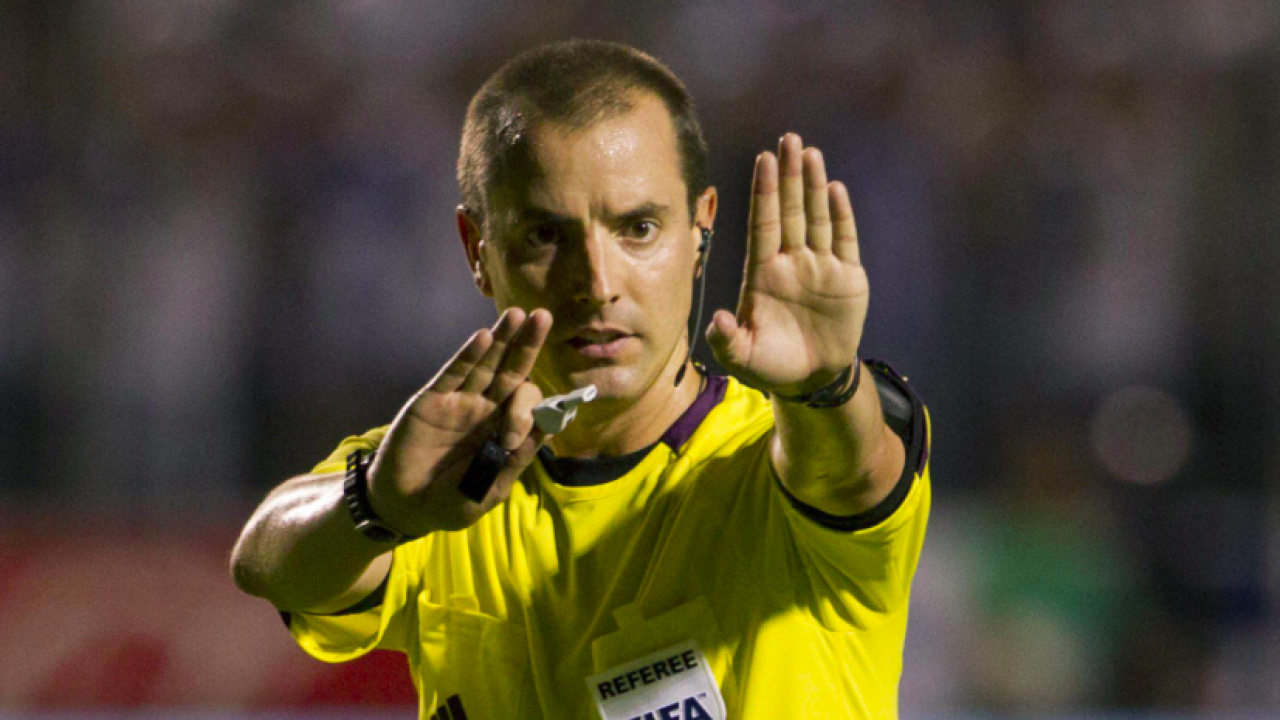 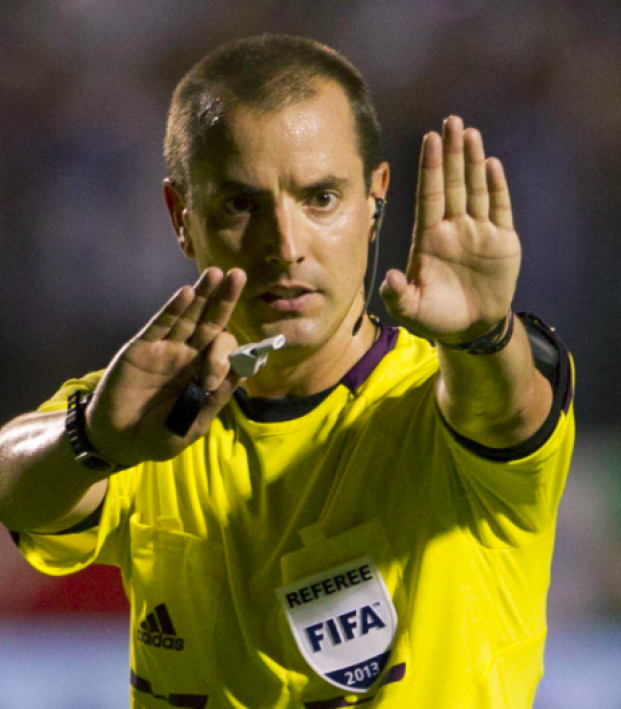 The Grueling Process Behind Becoming A World Cup Referee

They don’t get the credit the footballers do for their performance each game, but referees have to be just as prepared physically and mentally as those players they’re chasing all around the field.

It’s a varied and strenuous training process. The best refs have to be fitter than a world-class midfielder, have to possess an acute awareness for the type of teams, players and tactics they’ll be observing, and they need to be ready to handle all that might be thrown at them psychologically when it comes to high stakes and other maddening elements.

The referee is always watching you. Photo: FIFAcom | Twitter

First, let's examine how these whistleblowers get into tip-top athletic shape. It's been estimated that refs typically run 6-8 miles per game, a distance that includes those gazelle-like runs over the full length of the pitch and quick bursts throughout 90 or more minutes.

One of the types of training that referees must go through is called fartlek, Swedish for “speed play”, which combines periods of fast running intermixed with periods of slower running. Plyometrics are also incorporated to get that extra explosiveness you might need if you're a referee in the, say, Chinese Premier League and need to break up a fight. Just kidding. Kinda.

All of this leads up to fitness tests that officials are required to pass. There are different standards for refs working at the various levels of competition, but the highest level (FIFA license) demands six 40-meter sprints that are faster than six seconds with 90 seconds of rest in between. For another test, referees have to run 150 meters in 30 seconds and then walk 50 meters in 35 seconds. And then repeat this 19 times.

Watch Gary Neville and Jamie Carragher attempt to keep up in a Premier league referee fitness session. Skip to about 3:00 to watch Neville's slow demise and regret sink in during the grueling beep test.

Passing these tests is relatively easy for the best officials who are examined even more rigorously. For example, refs chosen for the highly competitive and coveted World Cup spot have their overall fitness monitored for nearly three years leading up to the event, and man is FIFA thorough. Tests include blood work, an orthopedic exam, a resting EKG, an echocardiogram and a stress test.

Beyond the physical components, there’s the mental side. When it comes the world of refereeing, soccer refs are perhaps under the most psychological stress due to the relative absence of technology in the game. The pressure is piled on to get calls right.

Refs need to work on staying focused even as they get tired because, just like players, those lapses in concentration can decide the game one way or another. This can be addressed with training by incorporating mental exercises into grueling workouts that force the brain to multitask and stay focused when fatigue threatens to cloud it.

Sports psychology sessions, particularly for big tournaments, are also implemented to strengthen the mind and cope with the stress of external factors like chaotic crowds or barking managers and players.

In addition to being informed and up-to-date about the rules of the game, other elements of preparing the top ref's mind include team building exercises to facilitate communication between head refs and assistant refs (ARs) and even scouting teams. Yes, you heard that right - refs scout too!

U.S. Soccer’s director of referee development Paul Tamberino points out that “teams have a reputation for a style of play. Players have certain tendencies.” Germans are physical in the air so refs need to watch for illegal contact. ARs, who are in charge of offside, need to be particularly alert when it comes to watching teams with forwards that love to play off the last defender.

Officials also have be trained to understand how to manage certain tactical strategies that may emerge in the game, such as time wasting.

Then, there’s the flopping, diving and feigning of injury to judge and attempt to control. Judgement of these moments of acting, again, are tied to fitness as the closer a ref can get, the better chance he or she will have to make the right call.

Making these decisions — and with most officiating in general — is about mastering angles and also, a good bit of knowing the habits of certain players.

From scouting to sports psych and fitness to flop training, there's a lot that goes into the molding of an elite soccer referee. Who knows, soon we may even see IT training become a part of ref prep as VARs emerge.

So, before you curse up a storm at an official for costing your team the game, just remember all he or she had to go through to get to where they are today. Maybe that’s asking too much, however, whether they take on the role of devil spawn or hero, the best soccer referees are incredibly dedicated to all facets of their vocation and have to jump through more than a few hoops to make it to the top.