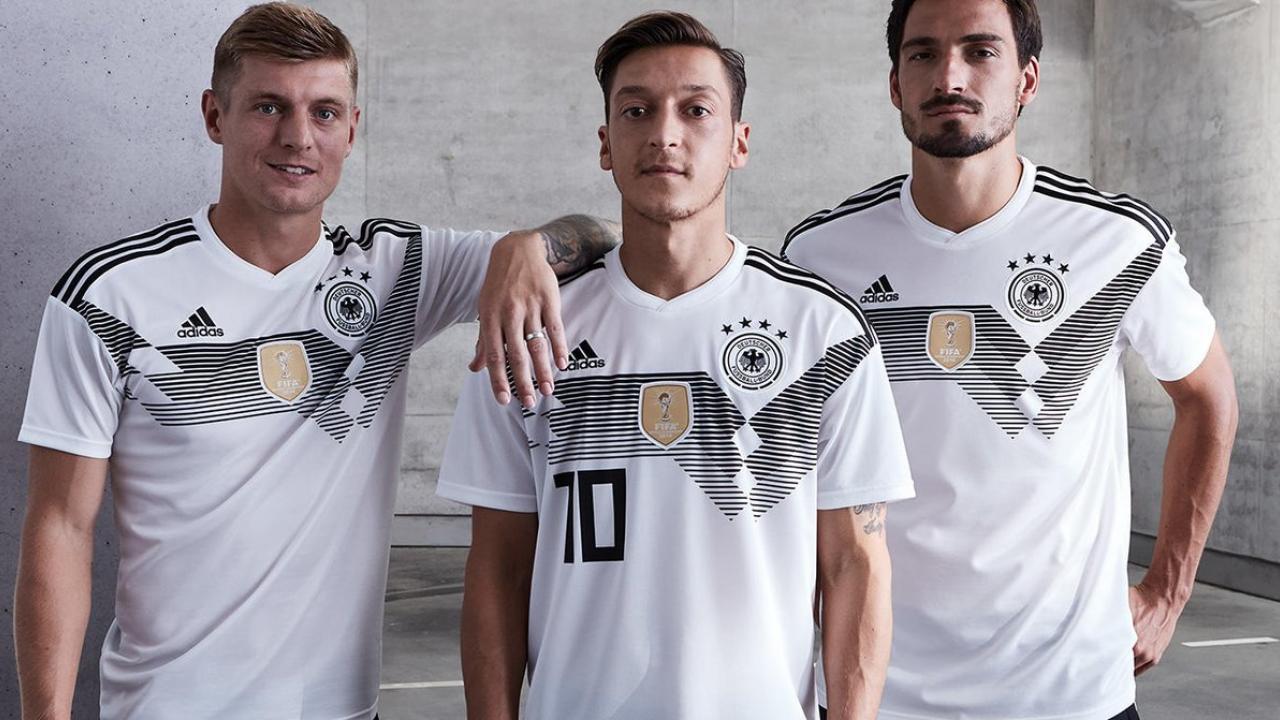 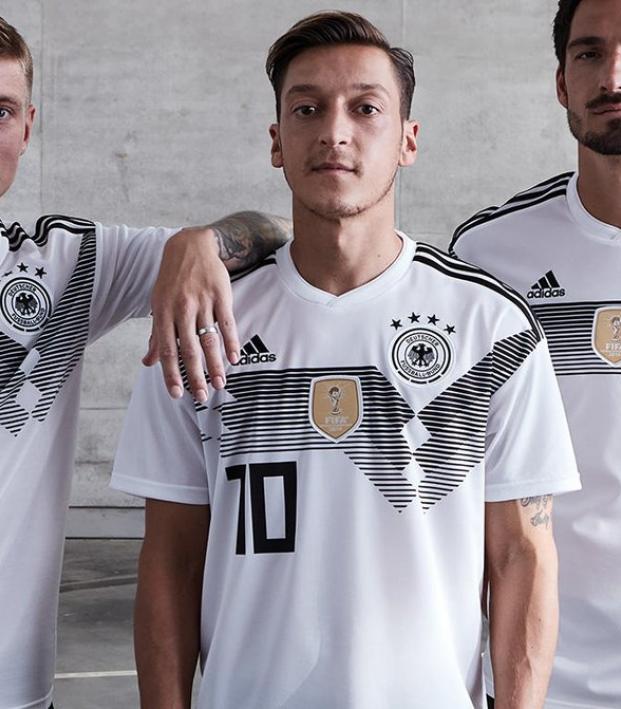 These Are The Best World Cup Jerseys So Far

The 90’s are back. Geometrical patterns are hot right now and we couldn’t be more excited about some of the World Cup jerseys. While Nike opted for cleaner, standardized and simplistic designs, Adidas went the extra mile and took a risk in bringing back the 90’s. Here are our favorites so far:

Die Mannschaft’s jersey is clearly reminiscent of the 1990 home kit. This time, however, it is a strictly black and white format instead of the tricolor (black, red and yellow). The jersey is both edgy and nostalgic. What else could you ask for?

The Spanish 2018 kit is a clear evocation of the 1994 jersey. As usual, the home jersey is predominantly red, with a diamond design in yellow and blue on the right. The Adidas log appears in the center.

Argentina’s shirt features the traditional white and light blue stripes. However, there is a twist this time. You can see a diffuse geometrical pattern on the blue stripes in different shades of sky blue. Also, white predominates over blue.

James Rodríguez and friends will be wearing a festive, predominantly yellow jersey featuring three stripes on the sides of the chest in red and blue.

The Swedish kit is also reminiscent of the 1992 jersey. It is a clean design in yellow with some details in blue on the collar and the three Adidas stripes running along the sides. There is also a subtle pattern similar to that of the current Real Madrid home kit.

In contrast to other jerseys, Japan’s is not evocative of other 1990’s kit. Rather, it is said to be inspired in traditional Samurai armor, which it makes it not only original and intimidating, but also remarkably cool.

It is just me or does this Belgium jersey really look like a holiday, un-intimidating argyle pattern sweater? You’ve got to admit Adidas took a risk here, but I’m still hesitant as to where I would wear the Belgian kit to: a soccer game or bridge with my aunts? Not my favorite, but it is at least an original design.

Talk about edgy! This is perhaps one of the most radical, original kits we will see in the World Cup. Senegal’s exotic and daring jersey is only matched by that of Cameroon by Puma. Sadly, though, The Indomitable Lions won’t be participate in the world championship.