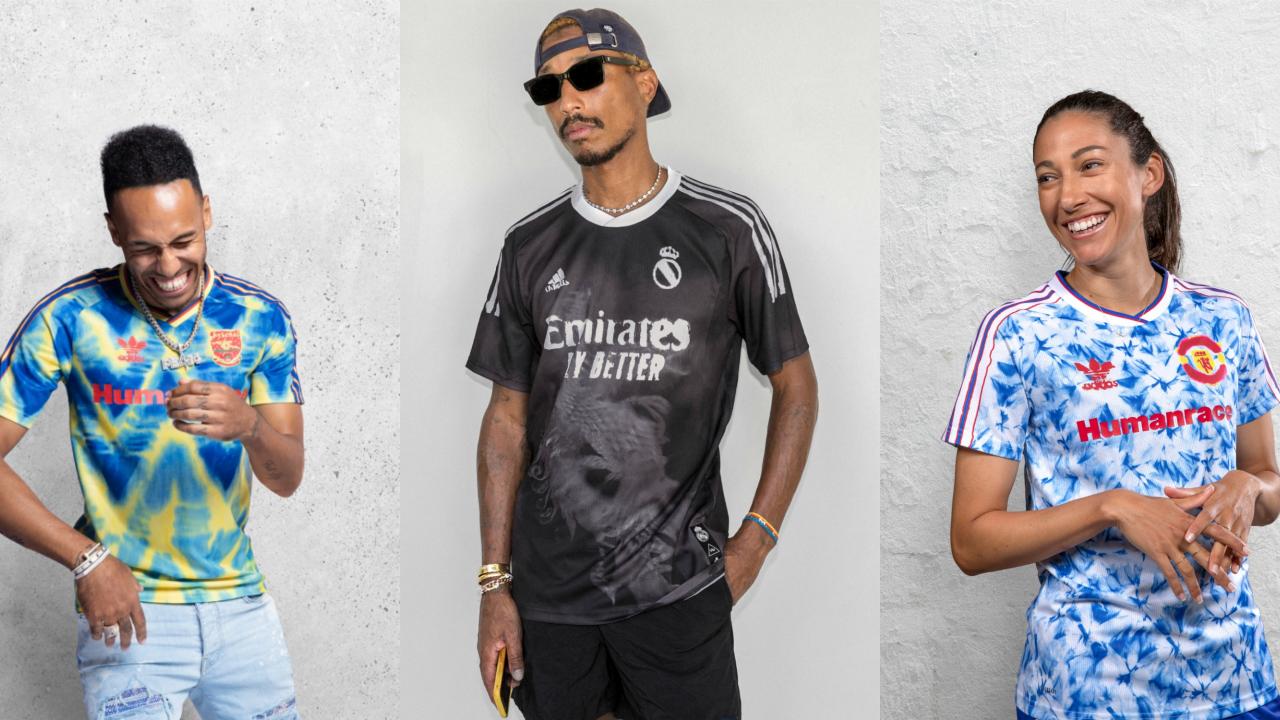 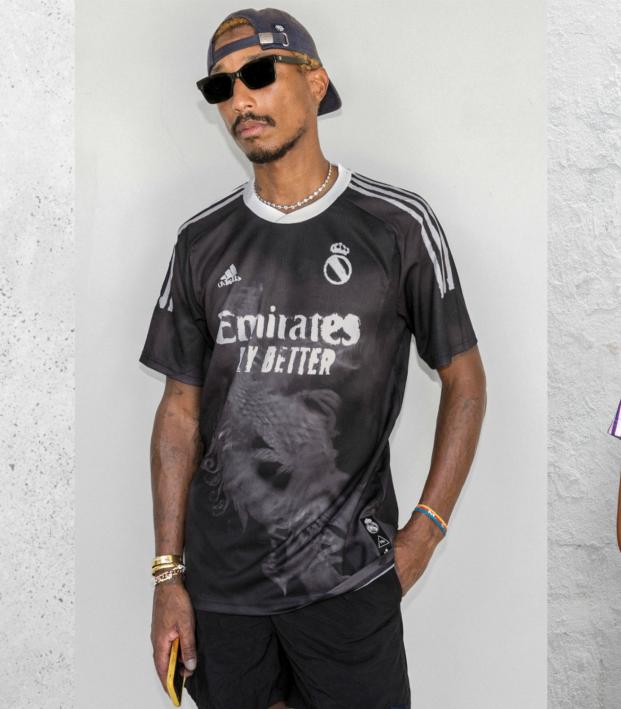 Pharrell Designed Some Adidas Kits And They Are Fucking Gorgeous

There are few songs in the history of music that I hate more than “Happy” by Pharrell Williams. For whatever reason, it just grates on me like 10,000 nails on 10,000 chalkboards. But I’m willing to completely forgive the American singer/songwriter based entirely on these incredible new Pharrell soccer jerseys he created with adidas and Humanrace FC.

Designed by hand, for the @humanrace.

Introducing the @humanrace jerseys, a design process imagined and realised by @Pharrell for ⁣@arsenal, @fcbayern, @juventusfc, @ManUtd and @realmadrid.

Unveiled on Friday, Pharrell co-created each of these stunning adidas kits for Arsenal, Manchester United, Real Madrid, Juventus and Bayern Munich. Pharrell looked to each club’s past to reimagine a modern take, producing some marvelously stunning jerseys with a unique painted appearance.

“History is what shapes the future, and sometimes in order to look forwards, first we need to look back,” Pharrell said of his designs. “The most important part of the process with this collection was to learn of each club’s legacies and how each defining moment of their histories were captured and preserved from a design perspective. Each of the new jerseys are symbols of the five clubs’ legacies and a true celebration of the universality of sport.”

All of the shirts are fucking gorgeous, but in my slightly biased opinion, Arsenal’s shirt is the pick of the bunch. It’s hard to beat a modern bruised banana, especially when you add in the infectious smiles of Pierre-Emerick Aubameyang and Ian Wright.

Juventus is slated to wear its shirt on Sunday (Oct. 25) against Verona while Bayern Munich has promised to wear its Pharrell soccer jerseys in its next DFB Pokal cup match, which has yet to be scheduled. Unfortunately, Arsenal, Manchester United and Real Madrid will only be wearing their shirts during warmups for their Saturday (Oct. 24) matches.

Here are each of the Pharrell soccer jerseys from adidas and Humanrace FC.

A new take on the iconic bruised-banana shirts from the early 90s.

Also from the early 90s, arguably the weakest of the bunch but still lovely.

Based on the pink shirt from the 2015-16 season, I just love these colors.

A great look made even better by featuring an American; Christen Press is going to sell a lot of jerseys. The shirt is based on an early 90s kit that itself was derived from Manchester’s late-80s music scene.

Who can forget Real Madrid’s incredible 2014-15 dragon design? That was created by Yohji Yamamoto, who happens to be a friend of Pharrell’s, who of course paid homage with a stunning reimagining.