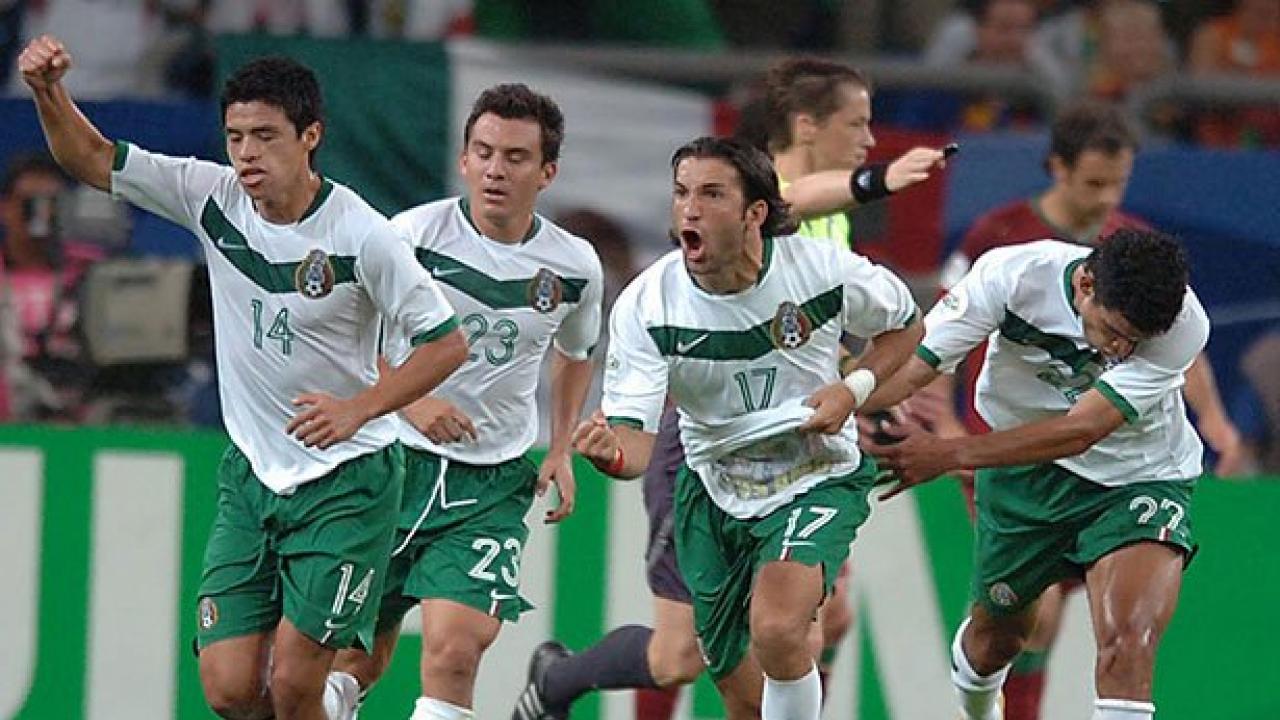 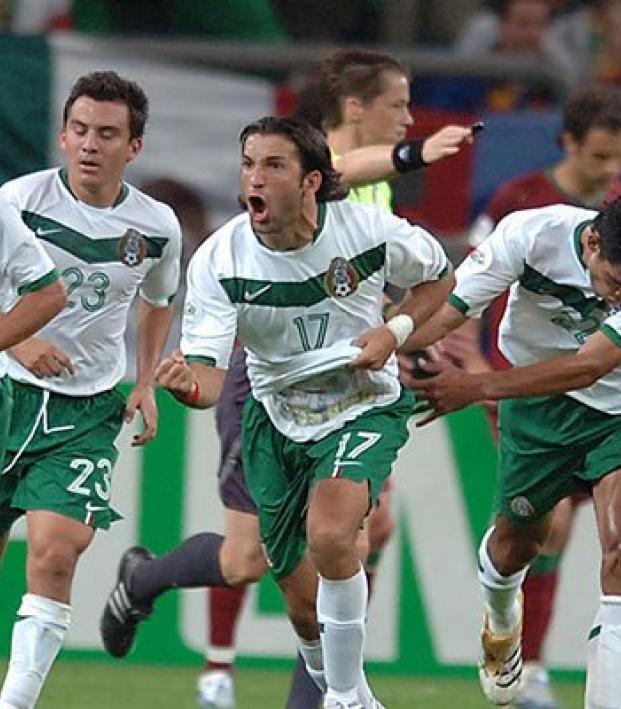 The latest images of Mexico’s Adidas away jersey for the 2018 FIFA World Cup in Russia have surfaced, and it looks as though El Tri will be fittingly representing their nickname when wearing their away strips.

The design features a bold horizontal chest stripe showcasing the flag of Mexico tricolors of green, white and red, as well as green Adidas stripes on the shoulders. The back of the shirt collar, like the home design, features a “soy méxico” message.

According to Footy Headlines, the look will be accented with red shorts and green socks. However, it’s rare that Mexico is ever forced to wear its away uniform at a World Cup, with its preferred home shirts usually avoiding a color clash.

Mexico will almost certainly wear green against Germany’s predominantly white tops in their opener. Mexico is also the “home team” for its final group match against Sweden.

We could possibly see the away uniforms in their second group game against South Korea, when the home side will be wearing their red primary kit.

Here’s a look at some other leaked World Cup Adidas away uniforms.

You can't go wrong with a blackout. Photo: @IsidroAvila | Twitter

Germany's away kit for the 2018 World Cup pic.twitter.com/V712VLoZSI

Official Pictures of the Spain 2018 World Cup Away Kit!