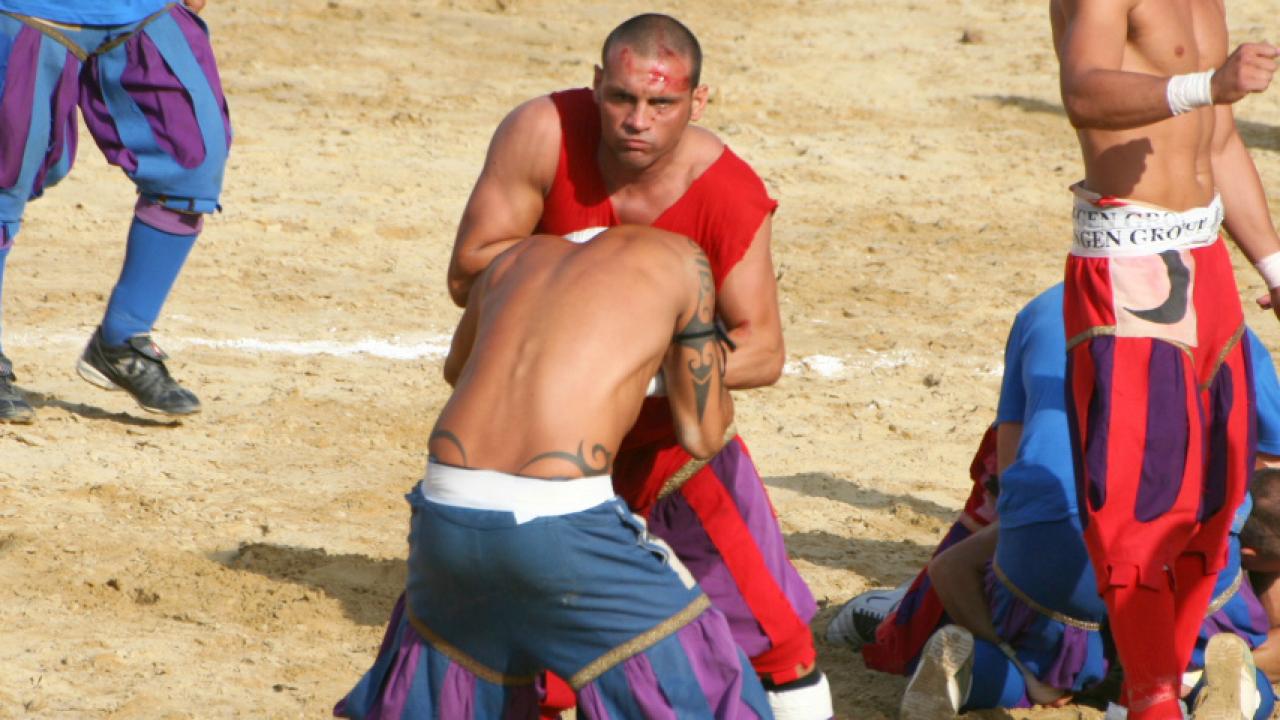 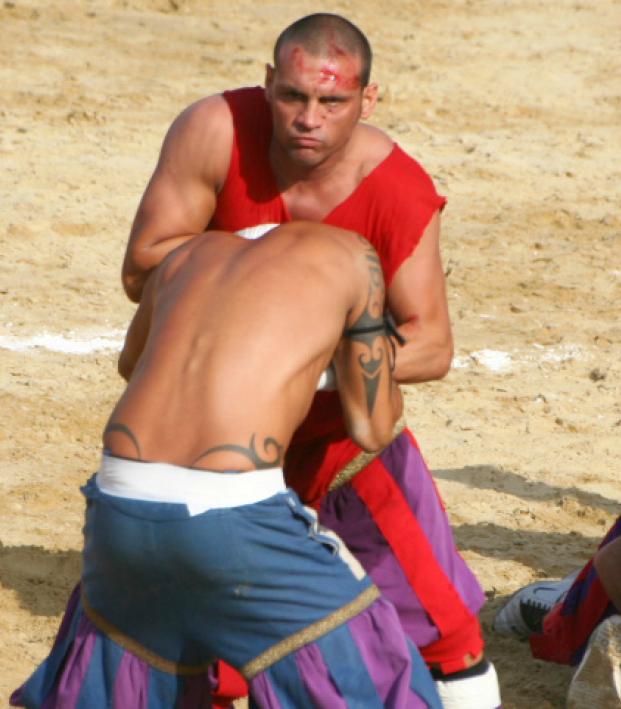 You might’ve seen the myriad of photos throughout June or read one of the countless pieces on Florence’s annual bloodsport, but calcio storico (historic football) only seems to grow in stature and popularity outside of the city with each passing year. You best believe VICE Sports is all about this s**t.

The no holds barred game, which originated in 16th-century Italy, is contested in the Piazza Santa Croce by four teams, each representing a different neighborhood in Florence. Each one of these sides is identified by the color it wears:

Using this as inspiration, ACF Fiorentina and kit manufacturer Le Coq Sportif have decided to pay homage to the historic game by releasing four different away kits for the 2017-18 Serie A season.

Why anyone would opt for an away kit when Fiorentina possesses one of the finest home shirts in all of football is beyond me, but at least they’ve given supporters plenty of variety — Everton fans can only dream of such a reality.

Beyond this, there hasn’t been much to get excited about this summer for fans of the Viola.